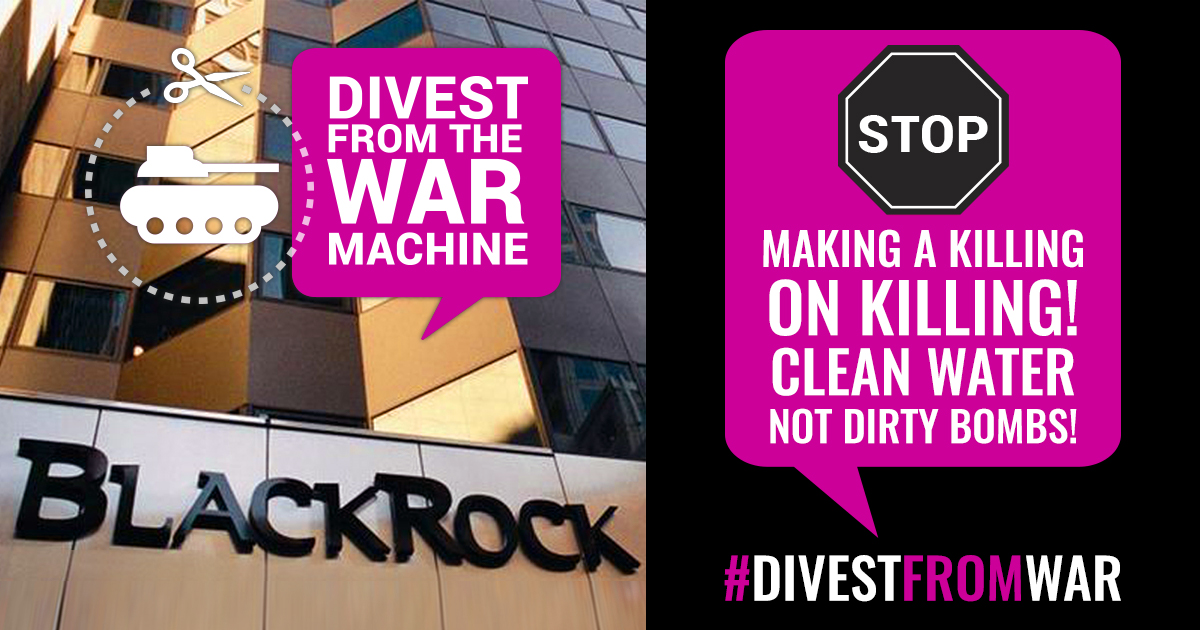 No, not Black Water — the now infamous para-military firm! BlackROCK is an investment firm, and they have more than $5.6 billion invested in Lockheed Martin! And while you may not know them, their CEO recently made a statement that he was going to start holding the companies they invest in accountable for being responsible corporate citizens!  So let’s all take a minute to send a message to BlackRock on Facebook & Twitter to tell them that being a responsible corporate citizens means you don’t make a killing on killing.

Sample Message You Can Share: BlackRock is making a killing on killing! You’ve invested billions in Lockheed Martin and are profiting off a corporation that creates weapons of war. Your CEO says that you want socially responsible corporate citizens, but you profit off of death and destruction! Making war is a dirty business that pollutes our air and water, and poisons our communities around the world.

Sample Message You Can Tweet: $ from @BlackRock is making a killing on killing! The war machine is poisoning the air and water in the U.S. and the world. #divestfromwar

Because of you, we can throw a wrench in this war machine and start shining on a light on companies who are profiting on the backs of death and destruction around the world!