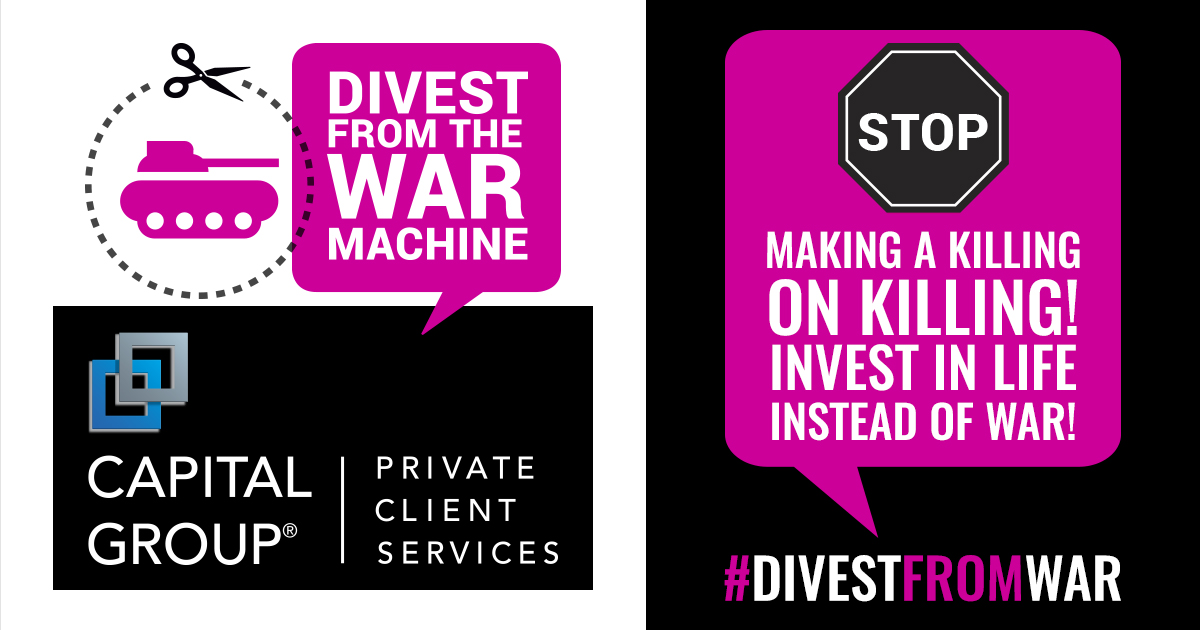 Capital Group is one of the world’s largest private investment firms. And they’re fueling that wealth with investments in war.  Capital Group owns more than $10 billion in stock in Lockheed Martin. They say they’re supposed to be enhancing life; instead, they’re profiting off of destroying it.  So let’s all take a minute to send a message to Capital Group on Twitter to tell them that they need to stop making a killing on killing.

Sample Message You Can Tweet: $ from @CapitalGroupPCS is making a killing on killing! Stop investing in @lockheedmartin missiles. Enhance life instead of destroying it. #divestfromwar

Because of you, we can throw a wrench in this war machine and start shining on a light on companies who profit on the backs of death and destruction around the world!

P.S. Did you sign-up for the Thunderclap on Saturday, Feb. 10?