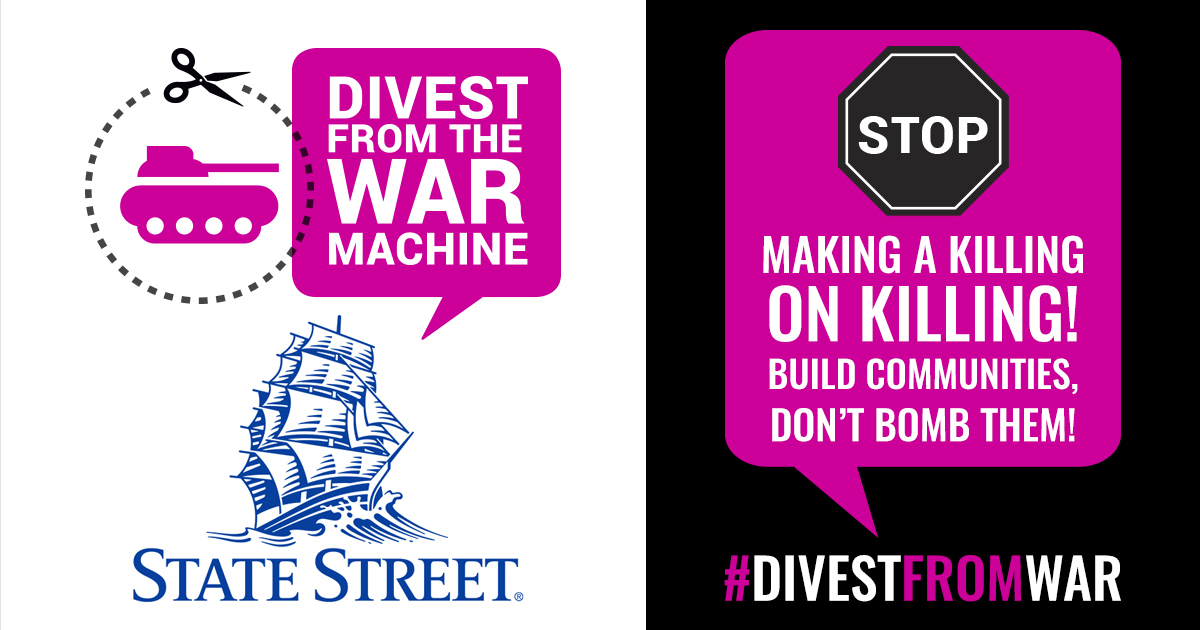 State Street Corporation is an investment firm headquartered in Boston. While you may not know them, they hold more than $13.4 billion dollars of stock in Lockheed Martin. Take a minute to send a message to State Street on Facebook & Twitter to tell them it’s time for them to stop making a killing on killing.

Sample Message You Can Share: State Street is making a killing on killing! You’ve invested billions in Lockheed Martin and are profiting off a corporation that is creating weapons of war.  There are 65 million refugees in the world, because of armed conflict around the world.  Stop funding war and build communities, don’t bomb them.

Sample Message You Can Tweet: $ from @StateStreet is being used to make a killing on killing! 65 million people worldwide can’t go home b/c of companies like @lockheedmartin  #divestfromwar

Because of you, we can throw a wrench in this war machine and start shining on a light on companies who are profiting on the backs of death and destruction around the world!