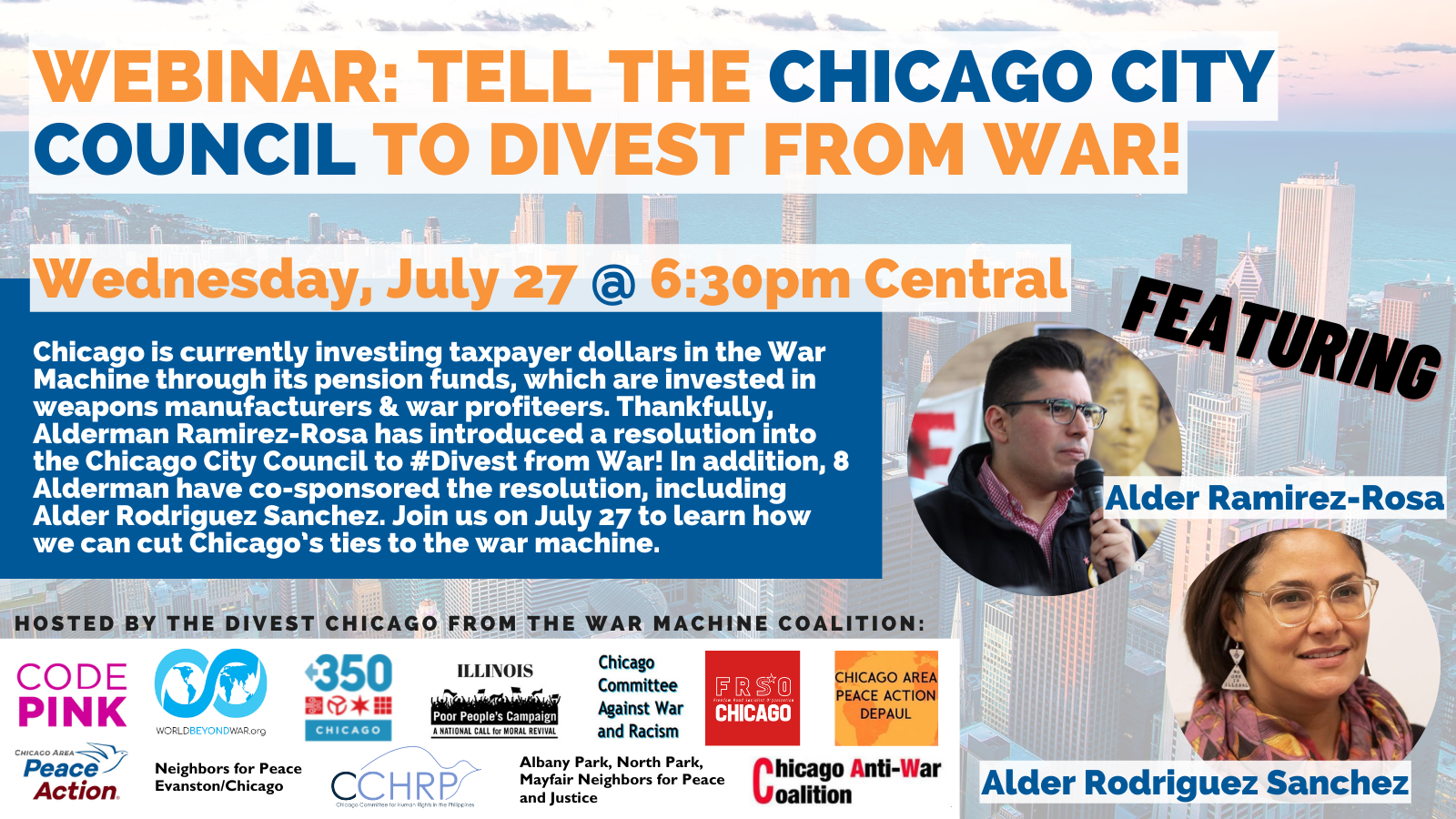 You're invited to join the Divest Chicago from the War Machine Coalition for a webinar on how we can divest the city of Chicago from weapons! Make sure to register here.

We’re campaigning to divest Chicago from weapons. Chicago is currently investing taxpayer dollars in the War Machine through its pension funds, which are invested in weapons manufacturers and war profiteers. These investments prop up violence and militarism both at home and abroad, a direct contradiction to what should be the City’s primary role of protecting the health and well-being of its residents. Thankfully, Alderman Carlos Ramirez-Rosa has introduced a resolution into the Chicago City Council to #Divest from War! In addition, 8 Alderman have co-sponsored the resolution, including Alder Rossana Rodriguez Sanchez. Chicagoans, we invite you to join us for this webinar on July 27 to learn how we can cut Chicago’s ties to the war machine.

RSVP to get the Zoom link here.