JP Morgan Chase CEO Jaime Dimon joined a panel for “Pioneers and Visionaries” at UCLA. CODEPINK and RAN disrupted his talk, reminding him that investing in weapons manufacturers and companies contributing to the climate crisis isn’t ‘visionary’, it’s  the oldest trick in the book-and we won’t stand for it. 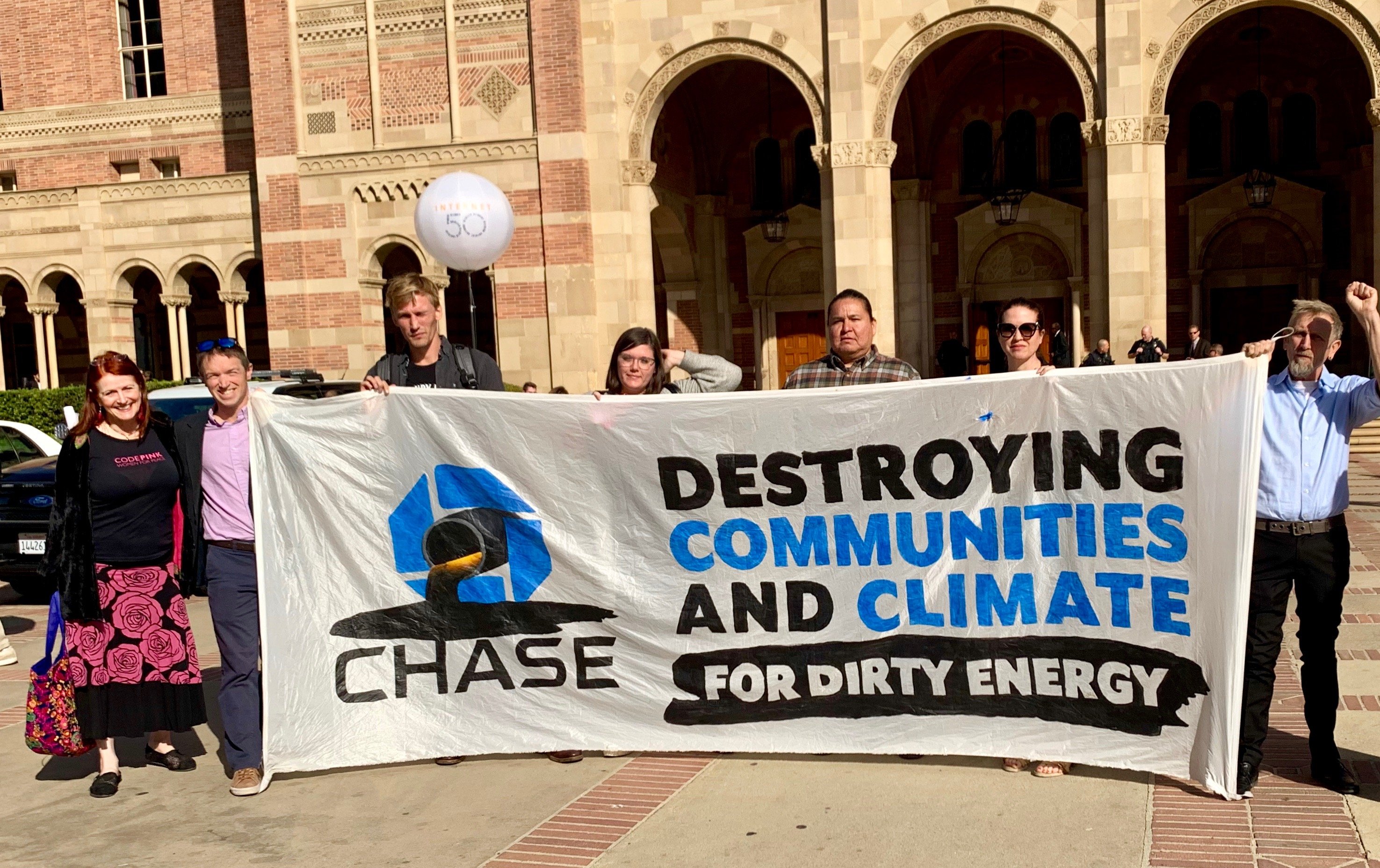 On Tuesday, October 29 UCLA hosted a conversation between “Pioneers and Visionaries” Jaime Dimon and Eric Schmidt (the former CEO of Google) to celebrate the internet’s 50th anniversary.

We disrupted Jaime Dimon because he is no visionary. In fact, he represents the War Economy to a T: he values greed and profit above people and planet. He uses the tried and true method of hoarding egregious wealth while millions suffer by investing in the world’s top weapons manufacturers and companies contributing to the climate crisis. 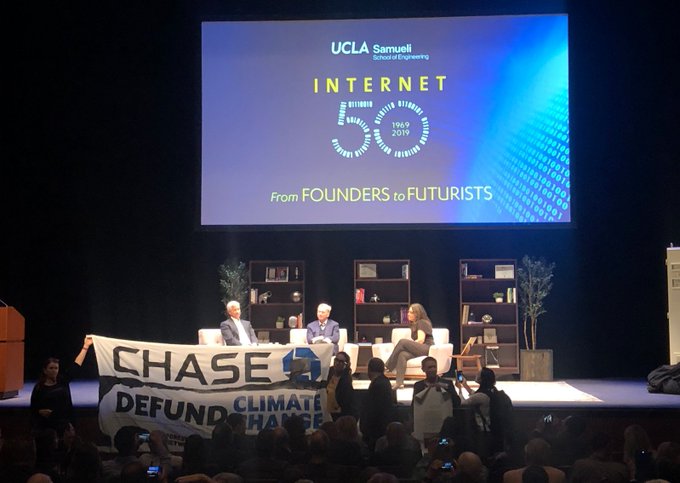 Chase also takes advice from some of the world’s worst war criminals: Henry Kissinger sits on their International Council, dispensing his vast knowledge about how to kill millions and face zero consequences. Former British Prime Minister Tony Blair, who lied to his country to justify an illegal and immoral invasion of Iraq, chairs the very same International Council Kissinger sits on.

Jamie Dimon and Chase Bank are integral to keeping the war economy alive because weapons manufacturers and the banks like Chase that fund them prioritize profit over people and planet.

But our movement of peacemakers are the real visionaries. We know that to keep the planet from burning and save millions of lives which will be lost  from war and destruction we must #DivestfromWar and invest in a local peace economy. We must work to create a society which values human life and flourishing by defunding weapons manufacturers and the Pentagon and reinvesting that money into programs like universal healthcare and the Green New Deal. Together we can #DivestfromWar and invest in peace.