Did you hear about Ilhan Omar’s new path to peace? 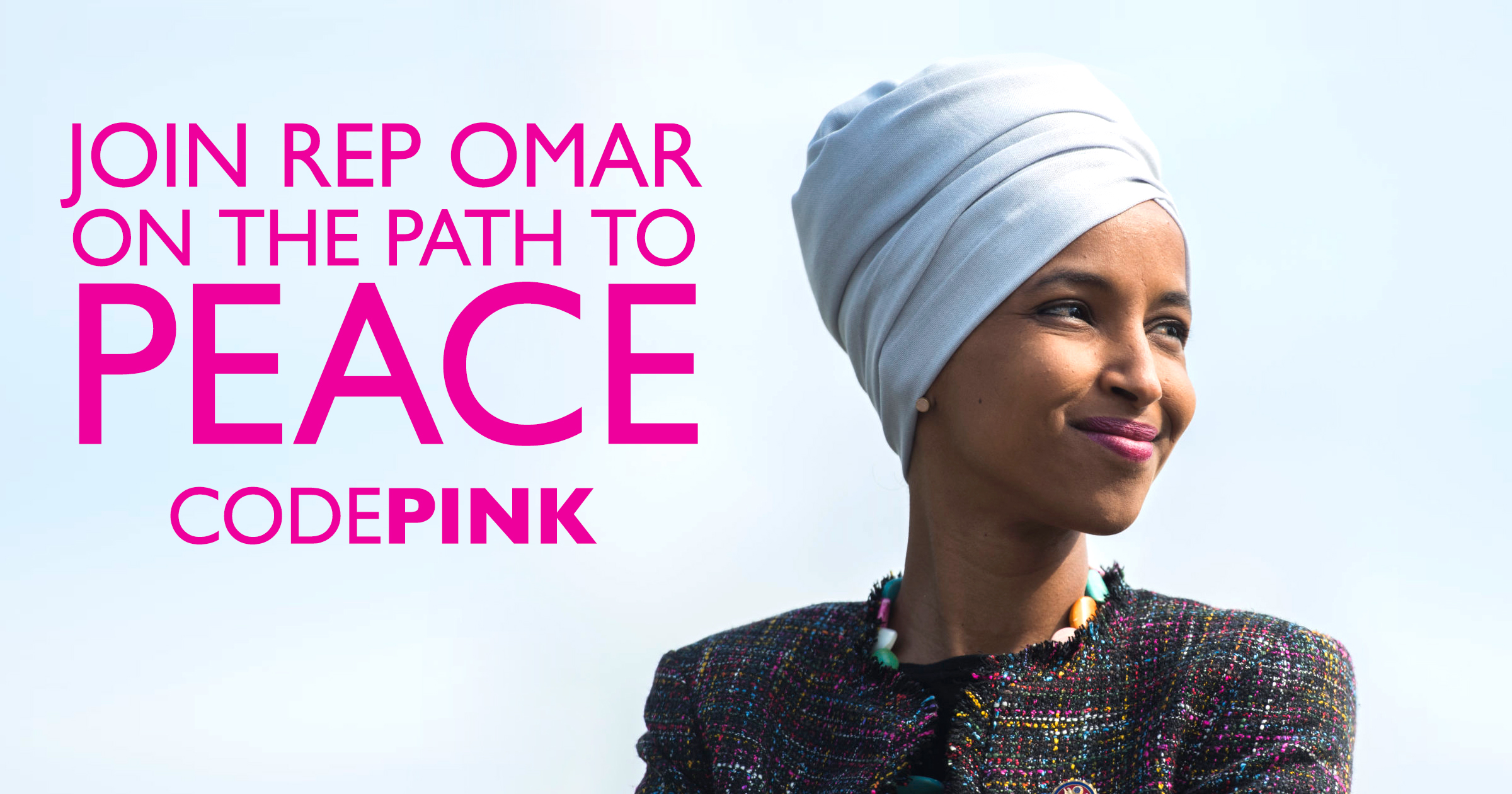 Congresswoman Ilhan Omar is one of the few people in Congress who consistently advocates for diplomacy and for a fundamental shift in our militaristic foreign policy. We are excited to announce that she just unveiled a bold set of legislation titled a Path to Peace—which represents a radical new approach to global affairs that moves from militarism to policies based on peacebuilding, human rights and international law.

Add your name to this letter of support for Representative Ilhan Omar and her Path to Peace. Help make sure that she knows that people throughout the country support her foreign policy vision!

For far too long, the DC establishment has not listened to the wide majority of Americans who prefer diplomacy to war and would rather see our vast military spending invested here at home. Only a small number of our senators and representatives speak out about these key issues, and Omar is among those who are the most vocal. Let’s support her exciting new vision of how to transform U.S. foreign policy.

Her package of legislation includes:

Her bill on sanctions is so critical right now, when the Trump administration’s unprecedented use of brutal sanctions are killing innocent civilians from Iran to Venezuela to North Korea. Representative Omar’s bill would strengthen humanitarian aid exceptions and would have Congress periodically review sanctions to ensure they do not have unintended and harmful consequences for civilians.

Given the makeup of the Senate and the fact that President Trump would never approve bills limiting presidential powers, it’s unlikely that Congresswoman Ilhan Omar’s legislation will pass. Yet we think of these bills as a framework for a foreign policy that, as she wrote in an op-ed last March, “centers on human rights, justice and peace as the pillars of America’s engagement in the world, one that brings our troops home and truly makes military action a last resort.” It’s what we want to see in our future, and the more noise we make about it, the more we help move our country in the right direction.

Progressive, Equitable and Constructive Engagement, or PEACE, is a great acronym for a foreign policy vision that we can get behind. Sign this letter of support for Rep Omar and share it with our friends, family and colleagues.

CODEPINK has praised Representative Ilhan Omar for her support of the Palestinian people and her calls for an end to the war in Yemen, as well as for her bravery in consistently speaking truth to power (remember when she challenged Eliott Abrams for his role in crimes against humanity in El Salvador?). We stood by her when she was viciously smeared by Trump and again when she was hung out to dry by Democratic leadership for daring to criticize Israel and support the right of Americans to boycott Israel. We’re standing by her now as she takes action to change our militaristic foreign policy.