Did the OAS lie about Bolivia? 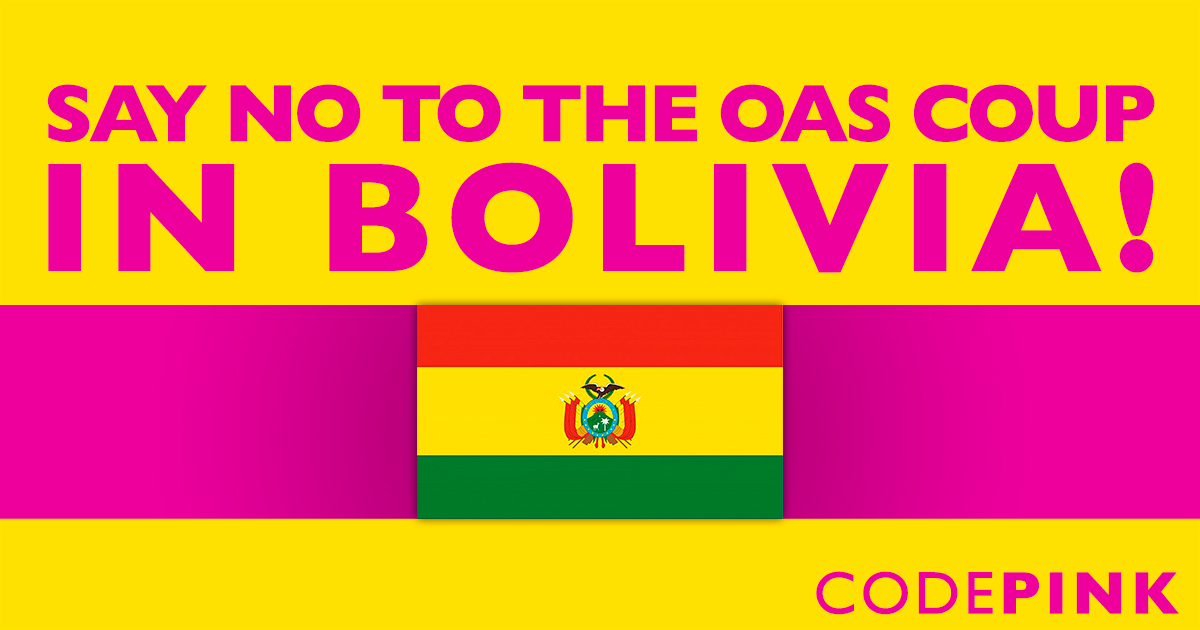 MIT scientists just published a report, as well as an article in the Washington Post, confirming that there was no fraud in Bolivia’s 2019 presidential election. This means that the OAS, which pushed the fraud narrative, needs to be held accountable for its role in overthrowing the legitimately elected president of Bolivia, Evo Morales.

Bolivians will go to the polls on May 3 to hold new elections. Guess who will once again serve as election monitors? The OAS. Let’s stand alongside Bolivians to insist that there should be no more interference in their elections.

Join us by asking Congress to take two important steps: 1) investigate the OAS’s role in the Bolivia coup and 2) ask the United Nations, not the OAS, to monitor the May 3 elections.

In the days after the October elections in Bolivia, the OAS attempted to delegitimize them by implying they were fraudulent, leading to violent protests by the Bolivian right—who never liked Evo Morales to begin with. After President Morales invited the OAS to conduct a full audit, the OAS instead released a preliminary audit ahead of schedule. The timing of this preliminary report occurred as rumors of a coup were swirling; on the same day of its release, the head of the military demanded and received President Morales’ forced resignation, finalizing the coup. The final OAS audit, released a month later, contained no new information and repeated all of the OAS’s previous falsehoods. The claims of fraud have been debunked by electoral experts at MIT, the Center for Economic and Policy Research, and over a hundred other academics who signed an open letter criticizing the OAS for its false claims.

Although rehashing something that happened months ago might seem pointless, we have to keep in mind that the OAS plans to monitor Bolivia’s new presidential elections on May 3. The OAS has already proven that it is not an objective actor; it tilted the balance in favor of the Bolivian right-wing and can do so again. Given that about 60% of OAS funding comes from the United States, Congress has the responsibility to take action and ensure that Bolivia’s elections are free of foreign interference.

The United Nations, the only impartial body capable of fairly monitoring the Bolivian elections, should be urged to take action and the OAS’s bias must be investigated. Let’s tell Congress to do just that!

CODEPINK issued a statement denouncing the coup immediately after it happened and our co-founder, Medea Benjamin, travelled to Bolivia, where she witnessed the horrible aftermath of a massacre of indigenous anti-coup protesters. The coup government has engaged in mass violations of human rights and is going to great lengths to ensure that the conditions for free and fair elections are not in place.

P.S. To learn more about what’s going on with Bolivia’s elections, watch our webinar with Bolivian journalist Ollie Vargas here.