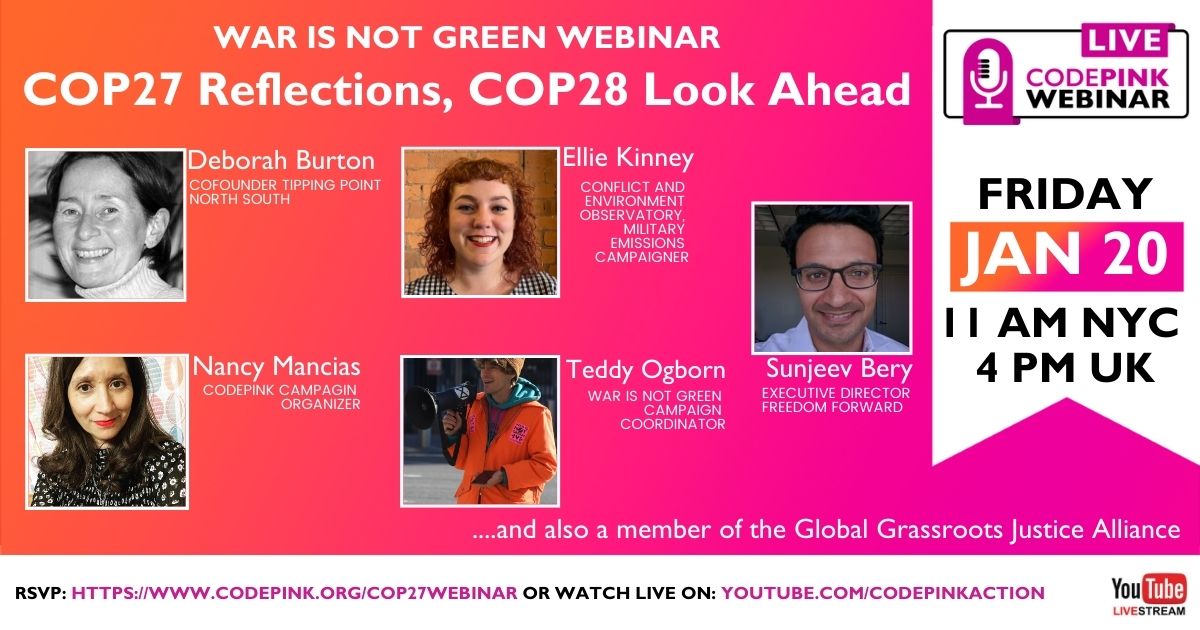 While in Sharm El-Sheikh, we could not ignore the estimated tens of thousands of persons arbitrarily detained on political grounds since 2013 in Egypt simply for peacefully exercising their human rights. CODEPINK had joined with the COP27 Coalition and COP Civic Space to call for the release of everyone arbitrarily detained ahead of COP27, including British-Egyptian writer and human rights defender Alaa Abdel Fattah. We know that there is no climate justice without human rights justice.

We continue to demand that the Conference include military greenhouse gas (GHG) emissions in its agreement. Unfortunately, the UN climate talks continue to exclude military emissions from its climate agreements. We protested outside the COP26 meetings in Glasgow, Scotland, and inside COP27 in Sharm El-Sheikh, Egypt. We continue the fight!

This webinar will include speakers in Sharm El-Sheikh, Egypt, for COP27. First, hear their reflections on how military emissions were interwoven into the Conference. Then, hear about their perspective on COP28, which is taking place in Dubai, UAE, in late November 2023.