Congress Is Going to Israel 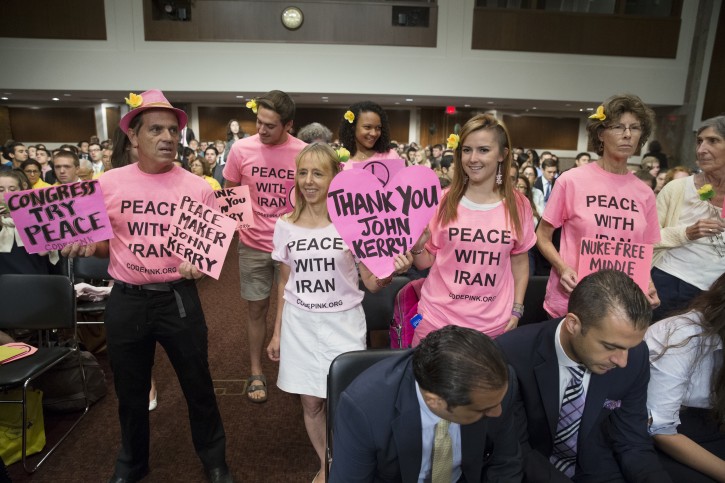 While the Obama administration is trying to push through a historic nuclear deal with Iran to prevent another war, the pro-war Israel lobby AIPAC (under their educational wing AIEF) is taking all but two freshmen Congresspeople to Israel on a propaganda tour to turn them against the deal.

We MUST act now! CALL the offices of the Democratic Representatives (and tweet at them!). Tell them you disapprove of their trip and urge them to support the nuclear deal.

Here's a calling script:
I'm calling because I heard that the Congressman/woman is going on a trip to Israel in August on an all-expense trip to Israel paid for by AIPAC, a lobby group determined to stop the Iran nuclear deal. AIPAC helped lead the US into the war on Iraq, costing countless lives and billions of dollars, and now it wants war on Iran. I believe what Secretary of State Kerry has stated: that this deal is good for the United States, it's good for Iran, it's good for Israel, and it's good for the world. I urge the Congressperson to reject AIPAC’s pro-war stand and to instead support the Iran nuclear deal!!!

In 2002, AIPAC pushed for war on Iraq and now they want to make war on Iran. AIPAC is pouring $20 million into squashing this deal and the alternative to this deal is clear: it’s war. We must stop AIPAC from dragging us into another disastrous war!

The Congressional recess is a time for elected representatives to be home in their districts, reaching out to their constituents, not taking propaganda trips to Israel on AIPAC’s dime. Call and tweet at the list of freshmen Congresspeople. We’ll be in DC visiting their offices, and we need YOU to make the phone calls to all of them.

These freshmen are key: their votes can make the difference between the deal being passed or rejected.

For peace and an end to wars,