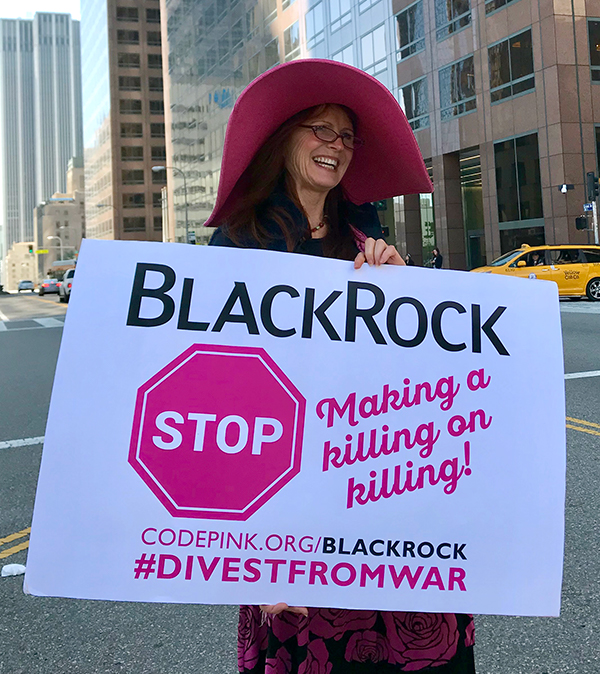 In April, BlackRock won a contract to help the European Union (E.U.) develop new environmental guidelines for banks— a choice that has our heads spinning. As the largest financier of unclean energy and nuclear weapons, BlackRock is not only incompetent but incredibly biased.

The Ombudsperson opened an investigation into the EU’s toxic deal to let BlackRock advise on environmental rules, and her team has been pouring over the evidence for months. Now the verdict’s out — and it’s damning.

The EU failed to consider the conflict of interest of their toxic deal with BlackRock. The EU will be feeling pressure from this decision already, so if we turn up the heat on social media we could get them to drop BlackRock.

Along with being the largest financier of climate chaos, BlackRock is the top investor in weapons manufacturers such as Lockheed Martin, Boeing, Raytheon, Northrop Grumman, and General Dynamics. We cannot allow BlackRock to continue to go unchallenged about its war and environmental profiteering.

Together, we can hold them accountable,