Complaint Filed Against AIPAC with the Office of Congressional Ethics 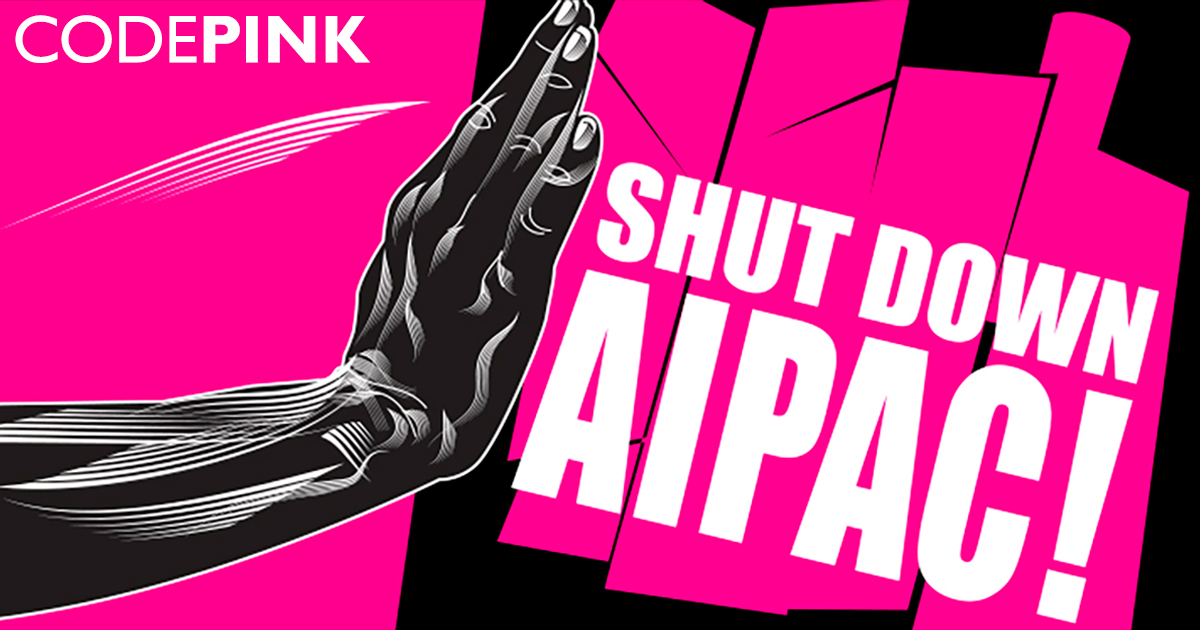 Tuesday, August 14, 2019, Washington, DC — A group of 41 Democratic members of Congress have just returned from a trip to Israel with the American-Israel Education Foundation (AIEF)—the 501(c)(3) nonprofit arm of American-Israel Public Affairs Committee (AIPAC)—and Republican members are currently in Israel on the same trip. In light of these trips, the peace group CODEPINK has filed a complaint with the Office of Congressional Ethics, insisting that the intertwined relationship between the lobby group AIPAC and the educational group AIEF is in violation of the Honest Leadership and Open Government Act (HLOGA).

Honest Leadership and Open Government Act (HLOGA), enacted in 2007, bans any lobbyists or organizations employing lobbyists from providing lawmakers with gifts of travel (other than same-day travel to and from a conference). AIPAC skirts around this through its creation of AIEF, exploiting the law’s loophole (commonly referred to as the AIPAC loophole) that allows lobbying organizations to form 501(c)(3)s for such purposes. This would seem to let AIPAC off the hook, but there is no organizational separation between AIPAC and AIEF.

According to the 2016 tax filing of AIEF—the most recent year available to the public—the AIEF does not provide any payment to its employees. This is not because their employees are volunteers, but because its staff are paid by AIPAC—which AIPAC admits on page 65 of its 2016 tax return. In 2016, a whopping $57,225,341 was exchanged between AIPAC and AIEF.

AIPAC/AIEF congressional trips to Israel are particularly problematic because of what members of Congress don’t see, how one-sided they are, and how these experiences influence their political positions and voting after they return. AIEF trips do not go to Gaza and don’t meet with Palestininan civil society organizations working tirelessly for dignity and freedom. The 2019 AIEF congressional did meet with Palestinian President Mahmoud Abbas in Ramallah, but did not travel to the most problematic places in the West Bank, such as the city of Hebron where checkpoints exist within the city and walkways are divided between Israeli Jews and Palestinians.

“These congresspeople are our public officials who are being taken by lobbyists to a foreign country for the purpose of increasing support for Israel--a country that already receives $3.8 billion a year of our taxdollars,” said CODEPINK co-director Medea Benjamin. “When we try to get AIPAC, AIEF, or even members of the Congress to tell us who is on the trip or what the itinerary is, we are denied this information. This devious exploitation of the law and this lack of transparency are unacceptable and we call on the Office of Congressional Ethics to take action.”

This is not a one time event. Between January 2008 and July 2019, the House Office of the Clerk has registered 1,789 congresspeople as traveling to Israel with AIEF. A full ⅔ of all foreign congressional trips are to Israel, mainly through AIEF/AIPAC.

“The goal of the AIPAC congressional trips is to whitewash Israel’s human rights violations and continue increasing amounts of unchecked U.S. financial support and diplomatic immunity for Israel’s crimes against the Palestinian people. This year, outraged that AIPAC was again exploiting loopholes to send members of Congress on these trips, we went directly to the freshmen congress members to appeal to them not to go on the trip,” says CODEPINK Co-director Ariel Gold. “We have counted around 30 freshment congress members who didn’t attend the trip this year for a variety of reasons, including not wanting to take money from PACs. I hope that with the next freshmen class, we will no longer have to go this route because the Office of Ethics will put an end to such unethical behavior.”