Raise YOUR Voice at the Community Town Hall Against Drones! 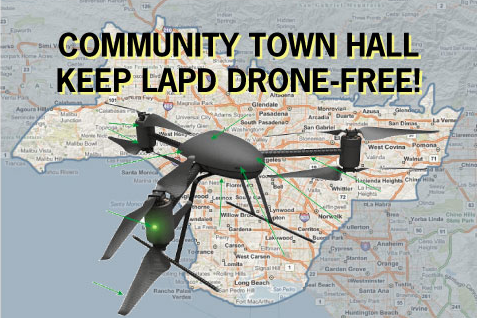 But then those drones are now in possession of LAPD and threaten our privacy and communities at large. We know a overly militarized police force does not protect and serve citizens. From Ferguson to LA people are resisting police violence, repression and surveillance. LAPD has a long history of lies, brutality, and violence against communities, especially communities of color.

That is why we are taking the information directly to the people. This is a moment to have our own hearing, our own platform as everyday people to speak truth to power and express our condemnation of these new programs. Join Codepink and NoDrones in saying enough is enough!

TOGETHER we can some the further militarization of our communities! Los Angeles, raise your voice at this important event to say NO DRONES!