CODEPINK’s statement on Iran striking down a U.S. drone 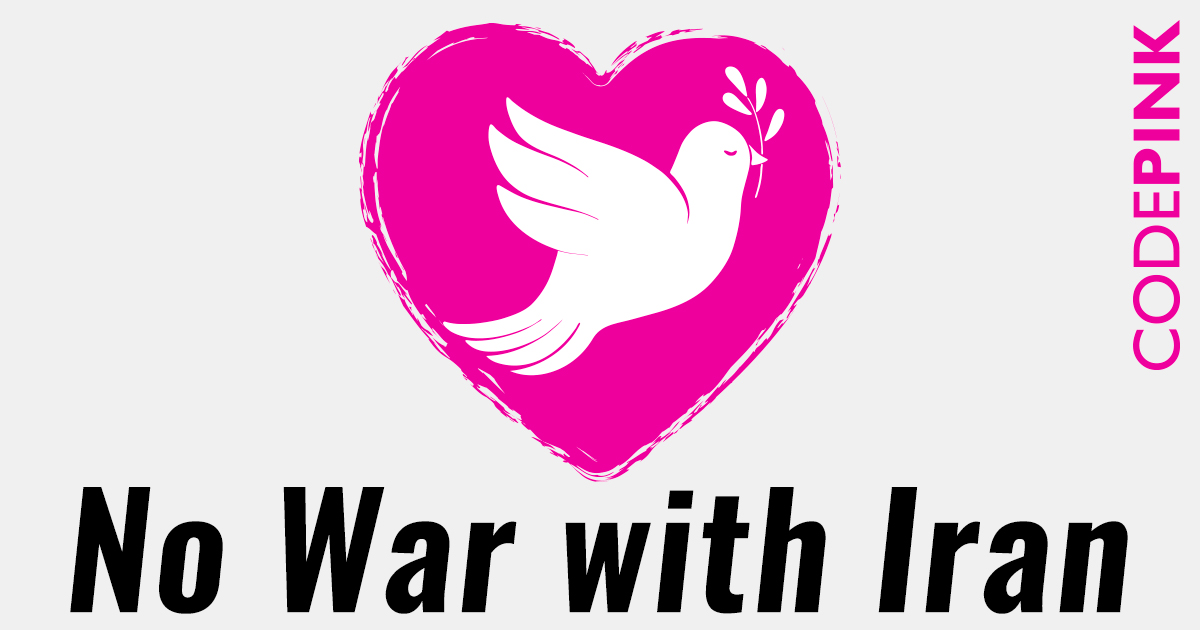 BREAKING NEWS: On Thursday, June 20, 2019, the Iranian military shot down a U.S. drone. Iran. The U.S. and Iran each dispute where the drone was  — Iranian or international airspace but it does not matter — this does not give authorization for war.

We are on the brink of another catastrophic war. Things are escalating very fast and a U.S. retaliatory strike on Iran can happen at any moment.

CODEPINK calls on the U.S. government to de escalate, not retaliate.

Trump and his warmongering advisors are creating the illusion that an Iran threat is imminent, while no other nations, even our allies in Europe, are preparing for military intervention.

We are on the verge of war because Trump withdrew from the Iran nuclear agreement and has led a maximum pressure policy that is imposing devastating sanctions and crippling Iranian civil society and is instigating action from Iran.

We remember the lies that dragged us into the Iraq war. We remember the hundreds of thousands of Iraqi civilians murdered and American soldiers lives lost in a senseless war.

The American people do not have the appetite for another costly war. Whether or not the U.S. drone was in international airspace, it would be reckless for the U.S. to retaliate. The U.S. must deescalate: immediately remove the sanctions on Iran and initiate talks to reenter the Iran nuclear agreement.