CODEPINK Statement on the Crisis in Ukraine — February 22, 2022 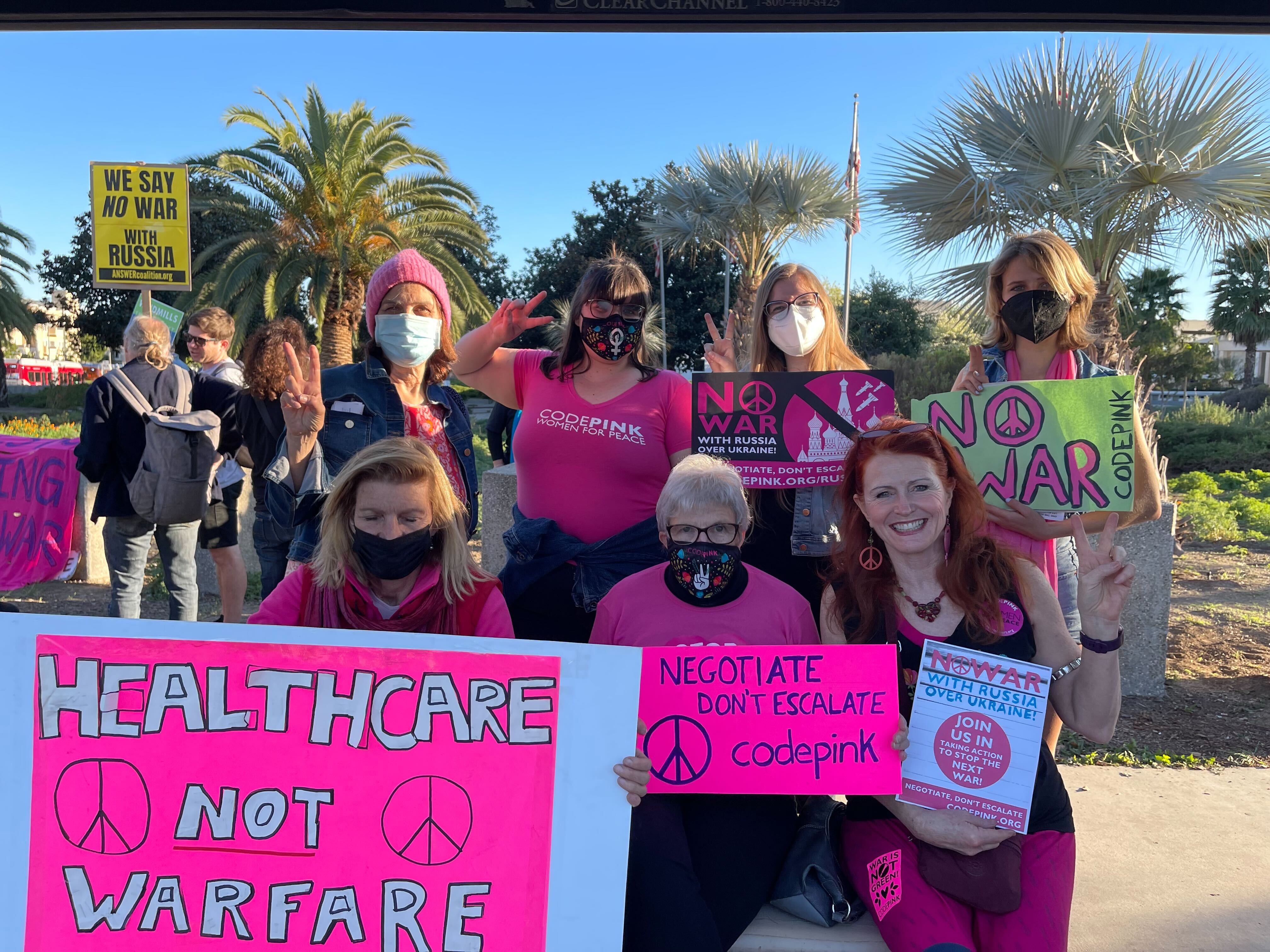 We are horrified by the recent escalation of the Ukrainian Civil War. We stand with the countries from all over the world that reaffirmed their support for the Minsk Protocol at the February 21 emergency UN Security Council meeting in New York, recognizing it as the legitimate framework for diplomacy and peace in Ukraine. Notably, those countries included both Russia and Ukraine, and we call on both of them to live up to their words.

Unilateral diplomatic and military actions like those recently taken by Russia cannot be the solution to this crisis, and risk further and even more dangerous escalation. We must also recognize the dangerous escalation of attacks inside the de facto borders of the Donetsk (DPR) and Luhansk (LPR) People’s Republic that Russia was reacting to. For the four days ending on February 20, OSCE (Organization for Security and Cooperation in Europe) ceasefire monitors in Ukraine documented a dangerous increase in ceasefire violations in Eastern Ukraine, with 5,667 violations, including 4,093 explosions. The OSCE’s maps clearly show that most of the explosions were inside the Donetsk (DPR) and Luhansk (LPR) People’s Republics, consistent with incoming shell-fire from Ukraine government forces.

With nearly 700 OSCE ceasefire monitors on the ground, it is not credible that these attacks and explosions were staged by DPR and LPR forces as “provocations” or “false-flag” incidents, as U.S. and British officials have claimed. The escalation is real, and further escalation endangers 4 million Russian citizens of Ukraine in the DPR and LPR.

President Trump made a terrible mistake in 2019 when he encouraged newly-elected President Zelensky of Ukraine to refuse to talk to DPR and LPR leaders within the framework of the Minsk Protocol, as it requires. Trump instead began sending weapons to Ukraine, reversing Obama’s policy, as if Ukraine could recover its lost territories by force.

This is only one of a series of errors by U.S. leaders that have built up over time to contribute to today’s crisis: broken commitments not to expand NATO into Eastern Europe; confirmation in 2008 that Ukraine would sooner or later join NATO; the significant but still largely secret U.S. role in the 2014 coup; and U.S. failure to support the Minsk Protocol, despite having no alternative plan beyond weapons shipments, sanctions and brinkmanship.

We call on the Biden administration and Members of Congress to fully support the Minsk Protocol, the real path to peace in Ukraine. Now is the time for President Biden to show his leadership, not by escalating the crisis and imposing sanctions that will hurt ordinary Russians and affect the global economy, but by intense negotiations that can bring us back from the brink of a potentially calamitous nuclear war. On the larger breakdown in U.S.-Russian relations, we call for a re-examination of NATO, which has long outlived any good purpose, and holding serious disarmament talks with Russia.