CODEPINK along with others demonstrated outside of Northrop Grumman’s shareholder meeting demanding that the company move towards a just transition. There were banners, pink smoke flares, music by the Resistance Company, and flyers distributed. This would mean that the company has to move away from manufacturing weapons into peaceful industries that protect the environment and its workers.

Northrop Grumman is among the top five weapons companies in the world. The company is one of the most important “defense” partners to Saudi Arabia, who is in its seventh year of war on the people of Yemen. Northrop Grumman manufactures the Longbow system, a package for the Apache helicopters and hellfire missiles, which it sells to thirteen countries. The UN has identified airstrikes by warplanes and helicopters as the “single largest cause of civilian casualties” in the war on Yemen.

“Northrop Grumman arms conflicts and occupation around the world making a killing off of killing and devastation of the planet,” said Olivia DiNucci, CODEPINK’s #CutThePentagon organizer. “War is not a ‘green’ industry. War is not a ‘sustainable’ business. Most of Northrop Grumman’s profits come directly from the U.S. taxpayers. It is time for weapons companies to move from the war economy and into industries for a just transition.” 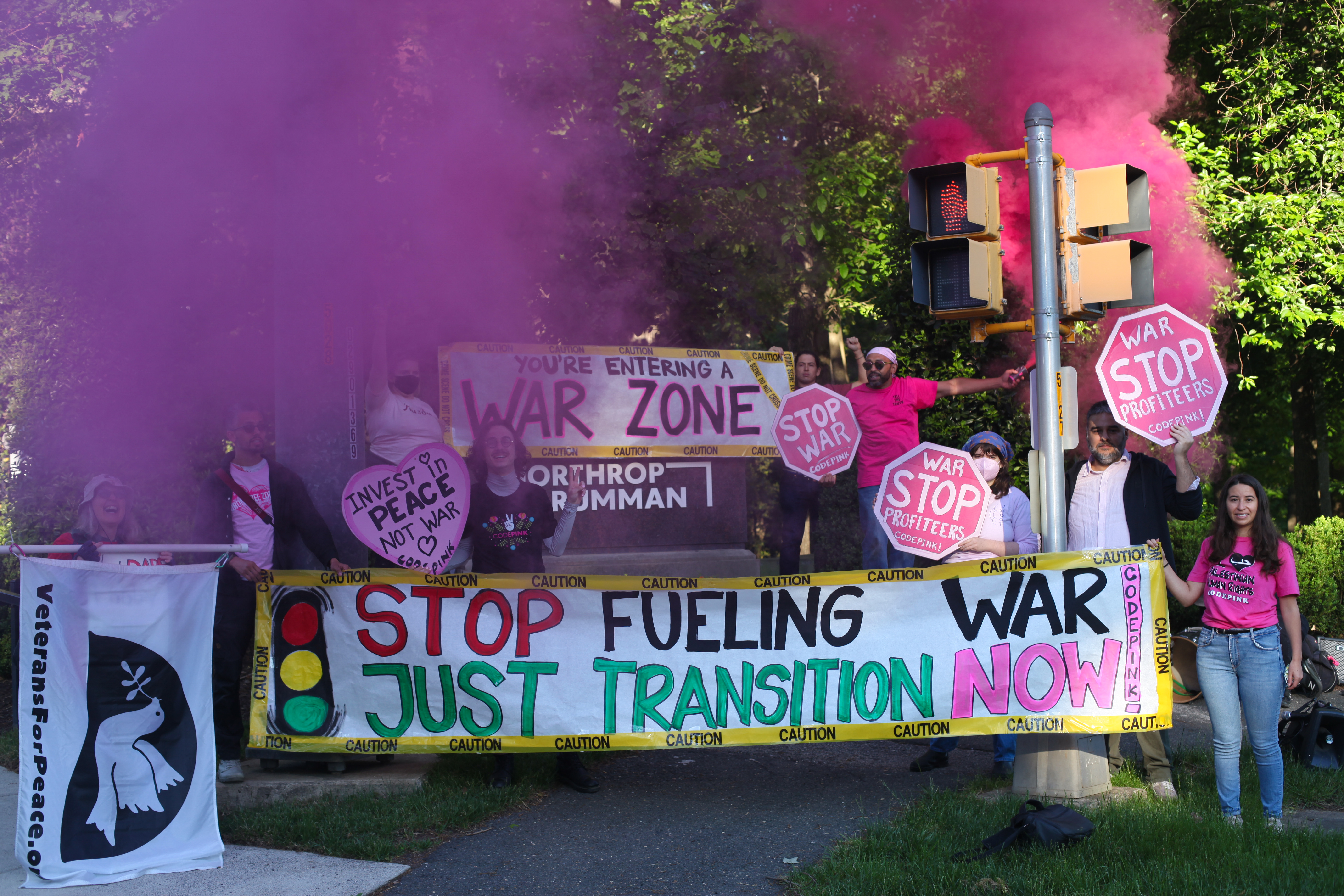 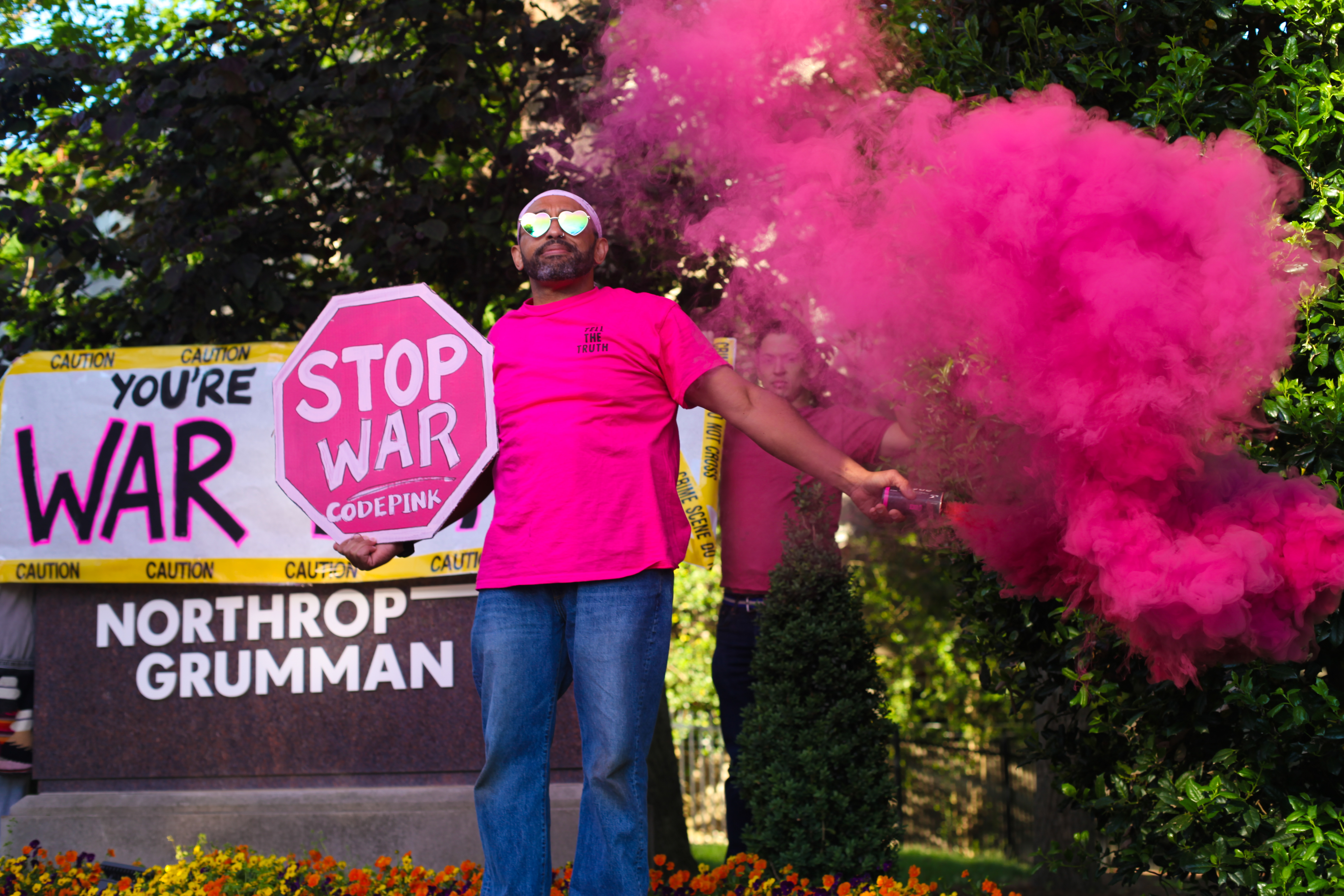 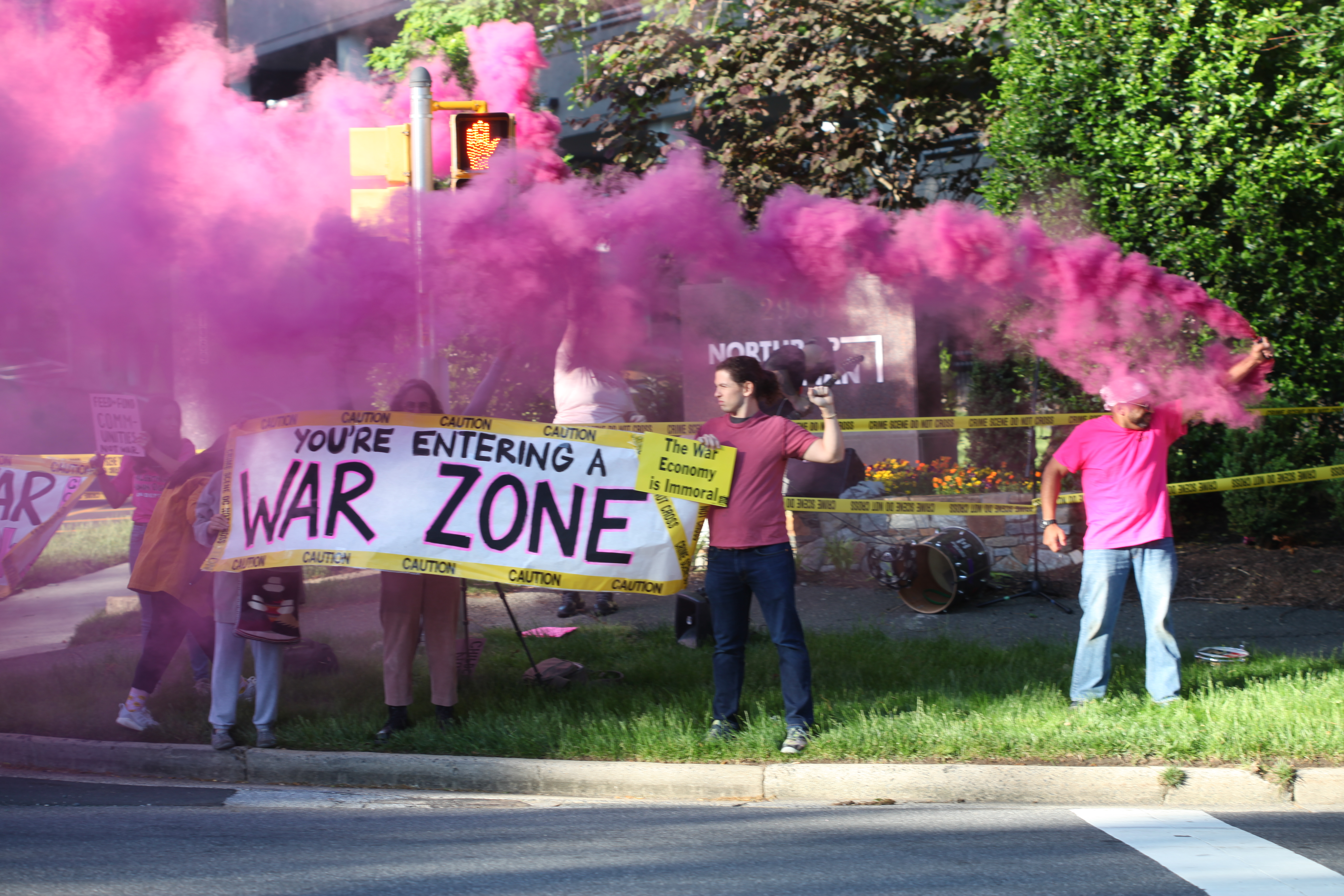 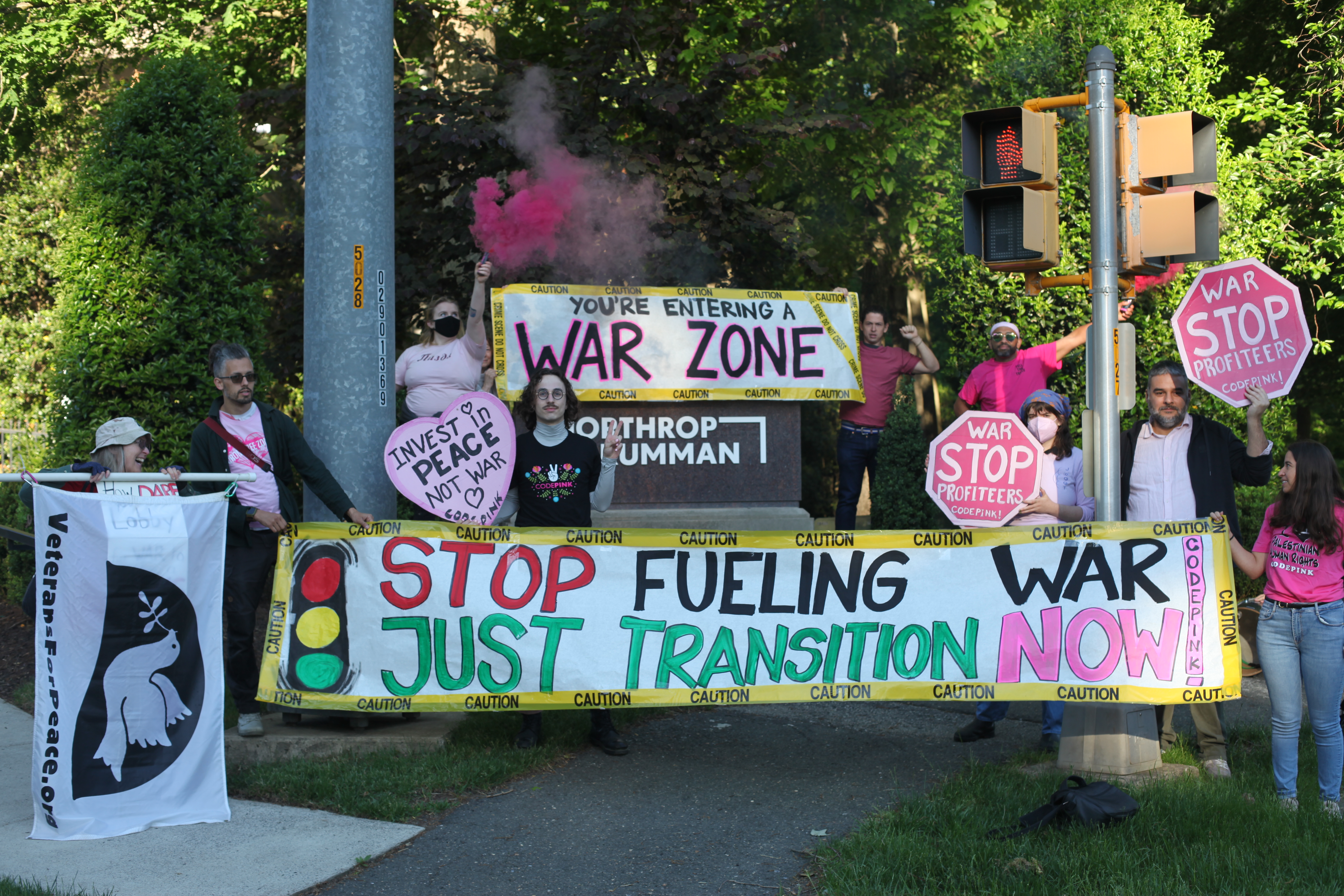 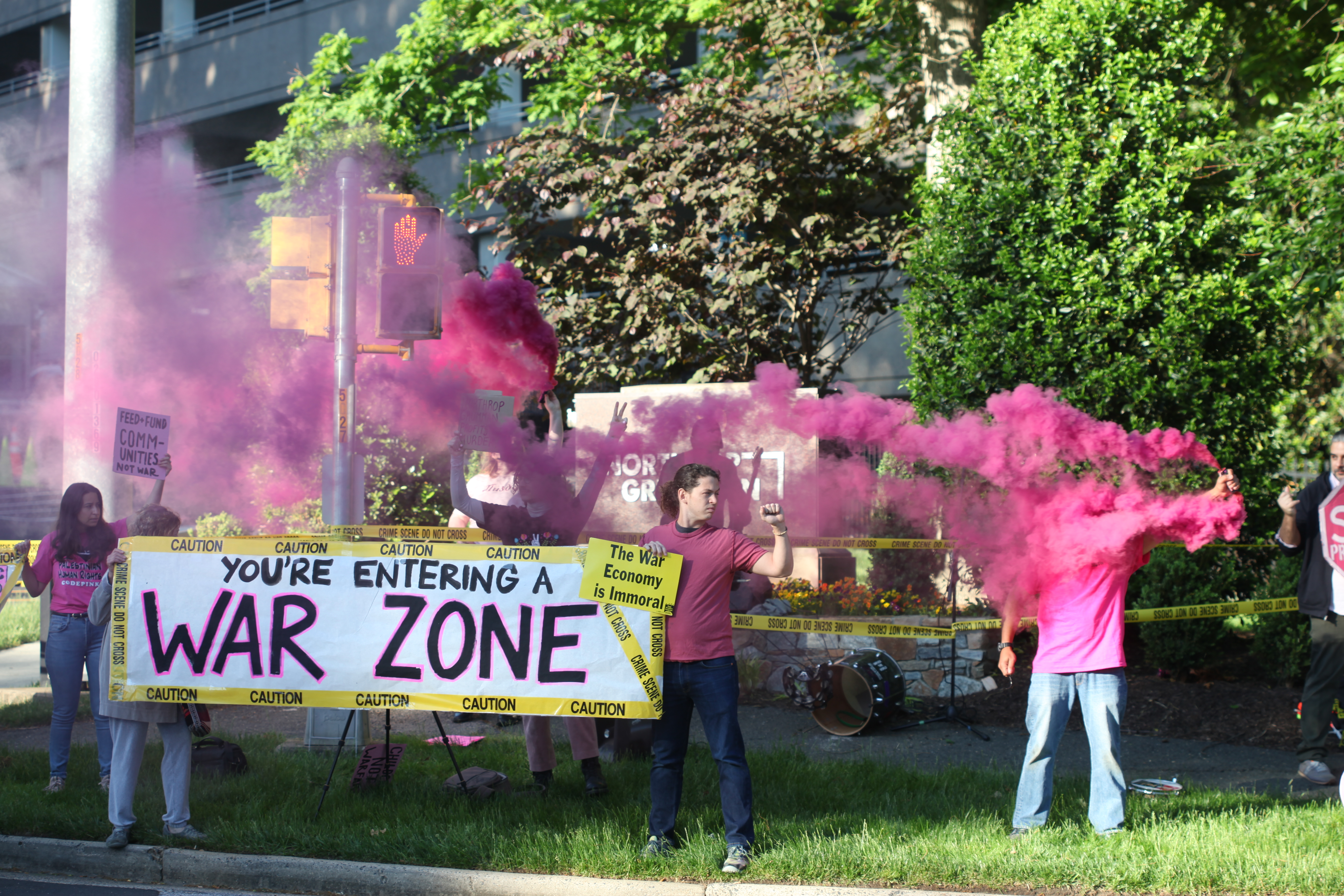 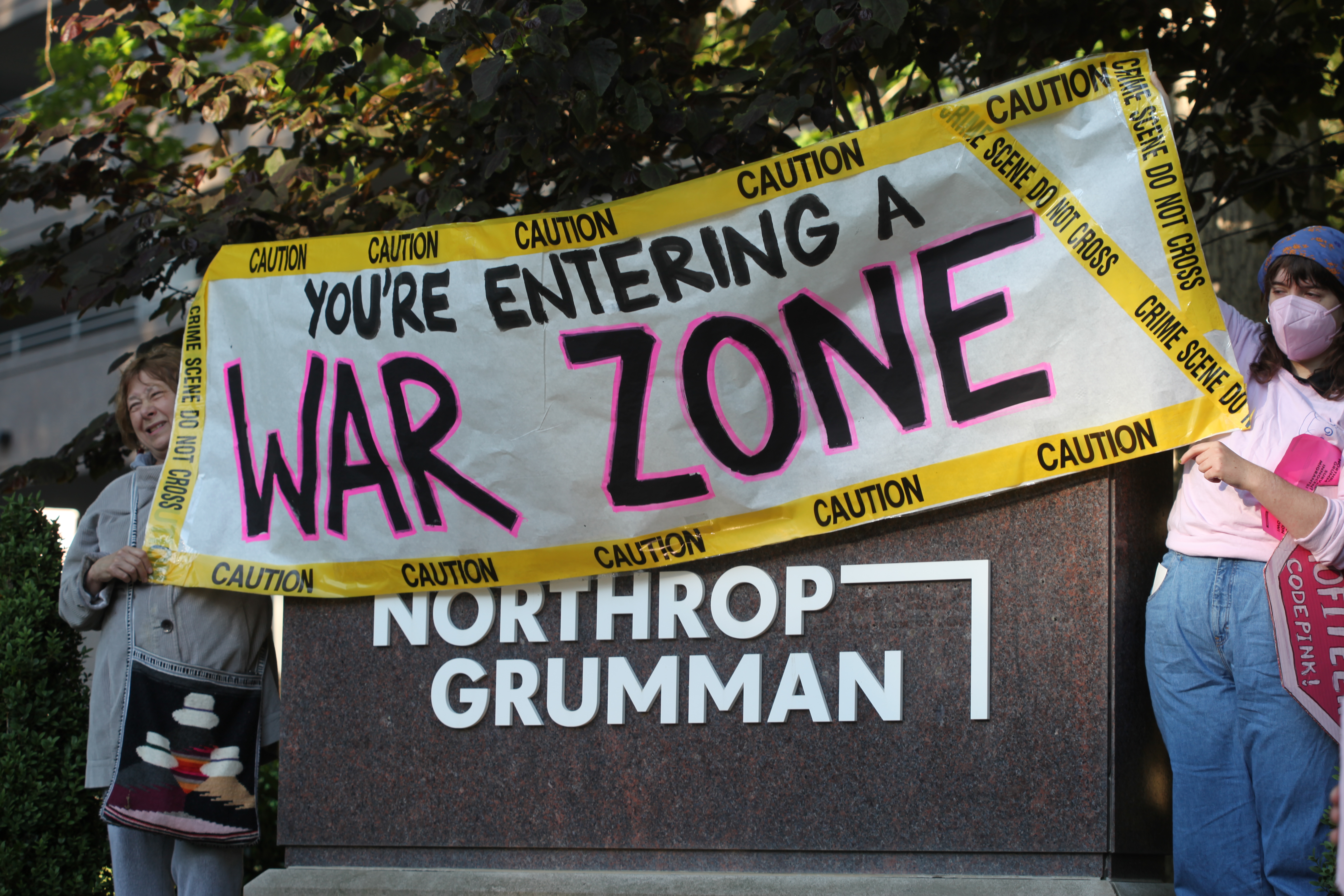