We know that it has been a tough week. From Trump’s announcement to move the US embassy to Jerusalem, the start of US-South Korean military exercises off the coast of North Korea which has escalated tensions, to the potential appointment of CIA director Mike Pompeo as Secretary of State, the US’s increasingly poor foreign policy choices are trending across the media.

But don’t let the news reports bring you down. Now more than ever is a time to rise up, improve our resistance, and celebrate our wins! Join CODEPINK at any or all of these educational and inspirational events to nourish your peace activism! 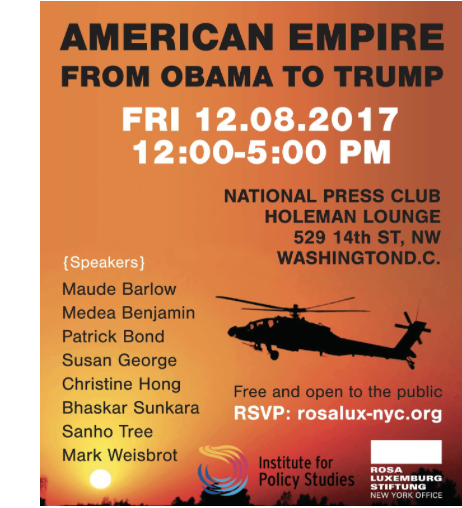 American Empire: From Obama to Trump

Medea Benjamin, and other top international activists and scholars, will lead a discussion US foreign policy under Obama and Trump! The conference will sift through the bombardment of empty threats and loaded tweets to identify the core components of Trump’s foreign policy and the most acute danger the US now poses to the world. The conference is co-cosponsored by the Rosa Luxemburg Stiftung—New York Office and the Institute for Policy Studies (IPS). 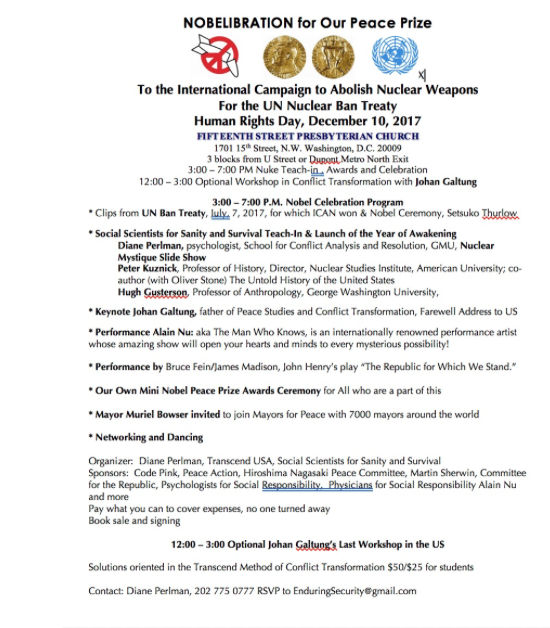 NOBELIBRATION for Our Peace Prize

Celebrate the UN’s Human Rights Day by attending the celebration of the International Campaign to Abolish Nuclear Weapons. This educational and lively event will include teach-ins and workshops by inspirational scholars and activists such as Diane Perlman and Johan Galtung as well as theatrical performances, networking, and dancing! 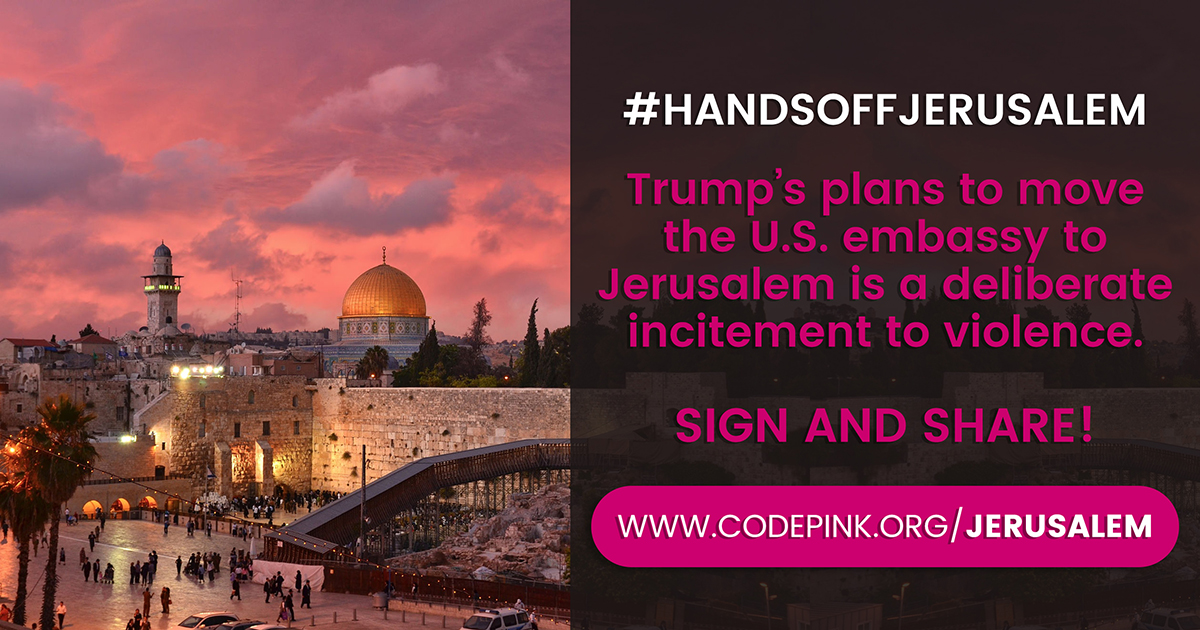 Join us for a discussion on Trump's latest announcement that the US will move its embassy to Jerusalem and officially recognize the sacred and controversial city as the capital of Israel.  We will talk about the effects of this decision for the Palestinian people and the broader Middle East. Speakers to be confirmed.