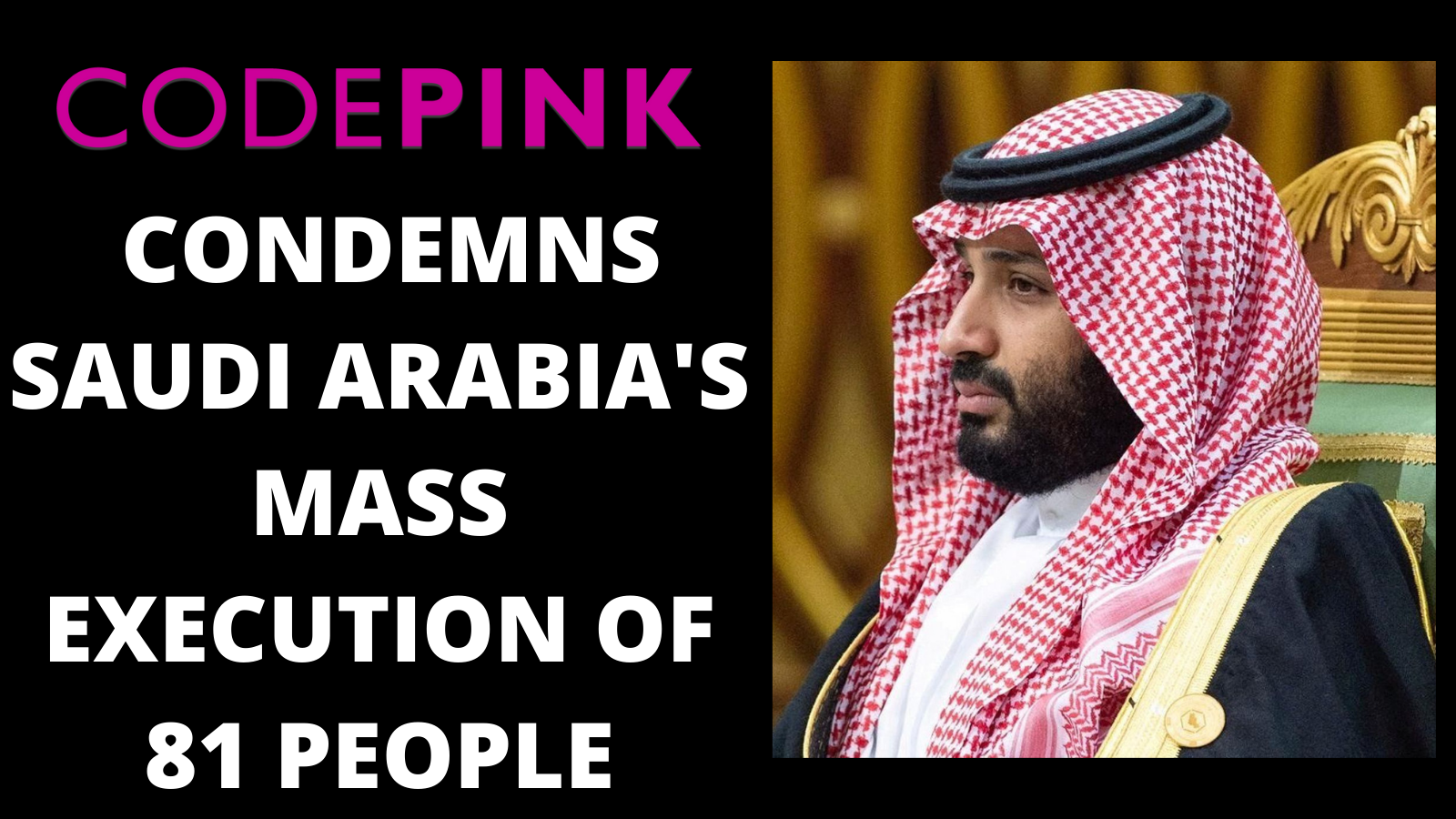 Washington D.C., March 14, 2022 – CODEPINK is appalled and outraged at the announcement by Saudi Arabia's Ministry of Interior that the country executed 81 people on Saturday, March 12, 2022.  The 81 individuals were tried in Saudi Arabia’s Specialized Criminal Court, which lacks basic due process and tortures detainees. Forty-one of the men killed were from Saudi's Shia minority community, a community that has long suffered discrimination and violence by the state. Seven of the men were Yemeni and one was Syrian. The mass execution was by far the largest the kingdom has carried out in recent years, despite promises to curb its use of the death penalty.

The Saudi Ministry of Interior said that the executions were for “multiple heinous crimes that left a large number of civilians and law enforcement officers dead,” but no court documents are available to verify the allegations.  Ali Adubusi, director of the watchdog group European Saudi Organization for Human Rights, said that in many of the cases, the charges against the accused involved “not a drop of blood” and were related to participation in human rights demonstrations. Human rights advocates have criticized the regime for denying these prisoners their basic rights, including the right to a fair trial.

"Saudi Arabia’s shocking mass execution this past weekend, following sham trials, should dispel any views that Saudi’s de-facto ruler Crown Prince Mohammed bin Salman is any type of 'reformer'," said Medea Benjamin, co-founder of the peace group CODEPINK and author of Kingdom of the Unjust: Behind the U.S.-Saudi Connection. "As the U.S. is imposing massive sanctions on Russia for the invasion of Ukraine, it is pandering to Saudi Arabia despite its brutal 7-year war on Yemen and this outrageous execution of 81 people in a single day.” 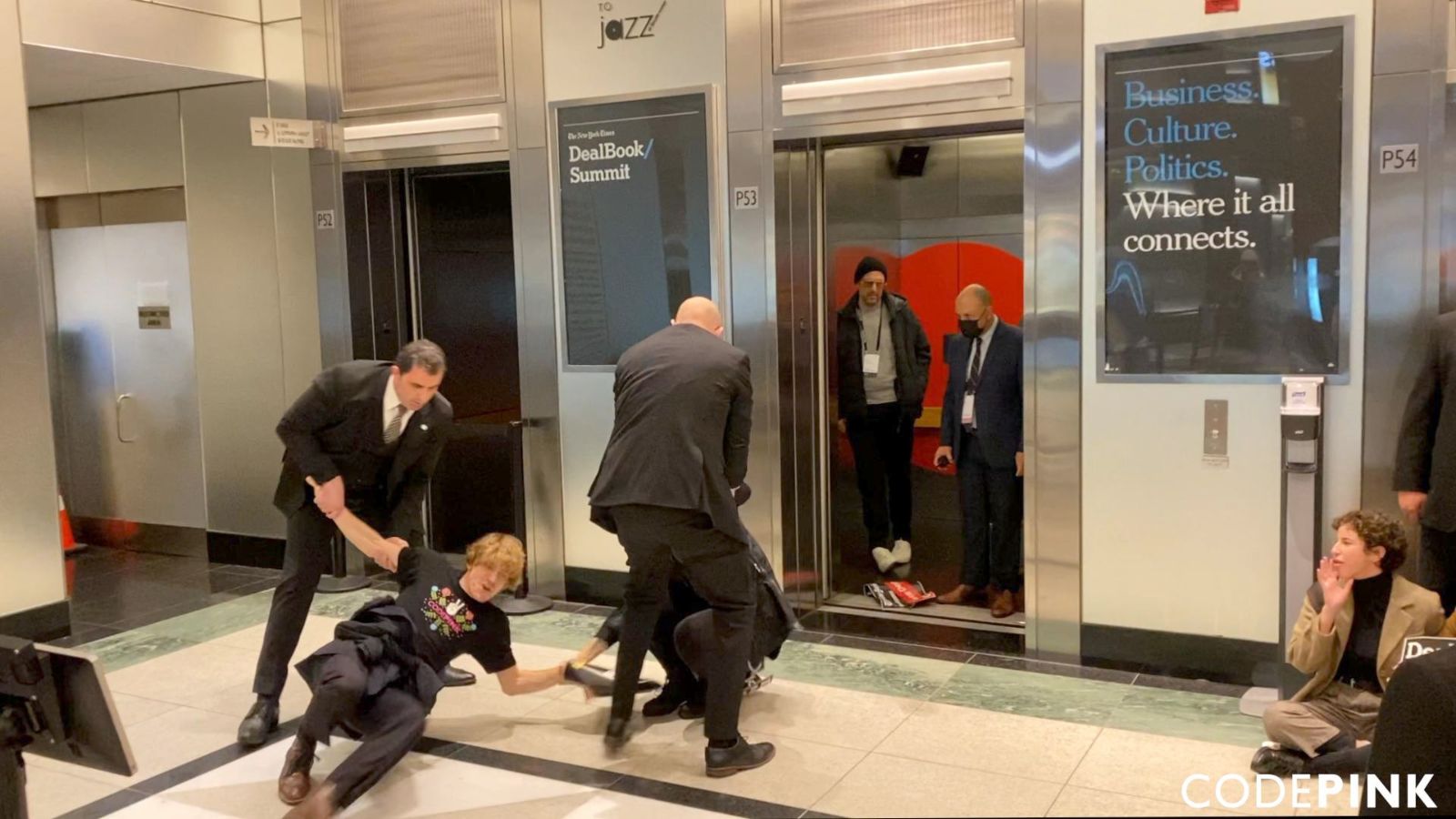