Coalition to rally at Fink Investing Conference at UCLA 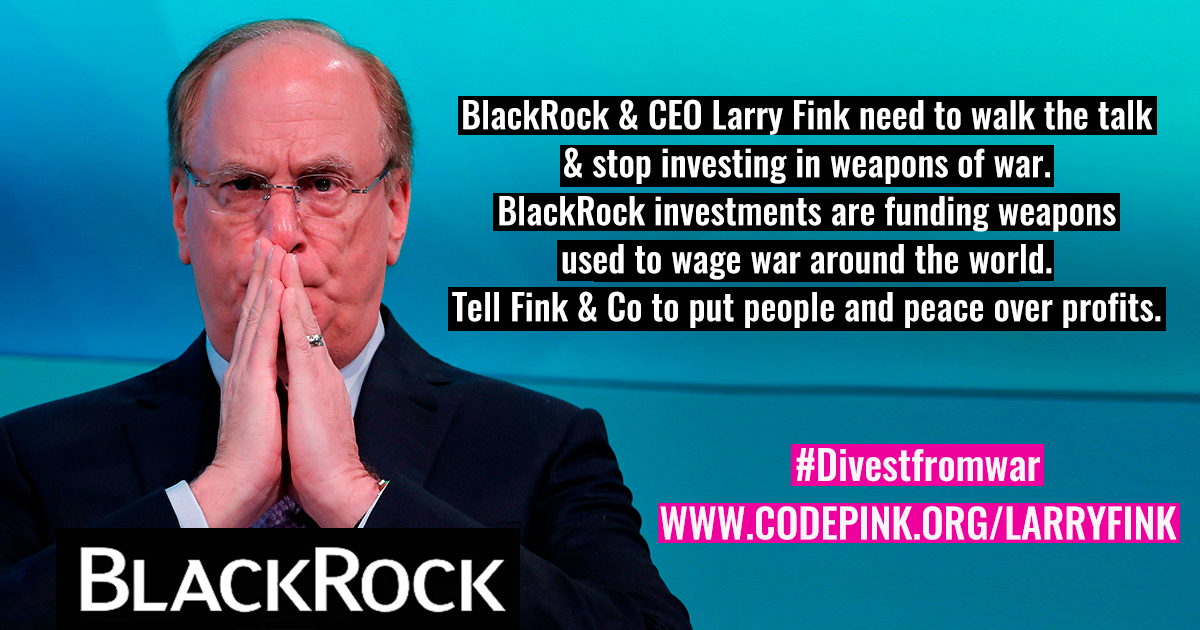 Representatives and student allies of the anti-war movement, including CODEPINK, Students for Justice in Palestine, the Student Labor Action Project, and more will protest outside the Fink Investing Conference.

They will be protesting Larry Fink, UCLA alumni and CEO of BlackRock, the world’s largest shadow bank, for his practice of investing in weapons manufacturers and companies that profit from war and violence in the U.S. and around the world.

BlackRock is the largest asset manager in the world, controlling more than $5 trillion in assets. One of BlackRock’s iShares funds is exclusively dedicated to “defense spending” — in other words, it is a fund that exclusively profits off of weapons of war. BlackRock has $7.25 billion invested in Boeing; $3.3 billion in General Dynamics; $5.6 billion in Lockheed Martin; $3.4 billion in Northrop Grumman; and $4 billion in Raytheon.

Corporate accountability must extend to those who hold the shares of these companies. BlackRock claims to hold companies accountable, while continuing to profit off of the most morally-corrupt companies in the world.