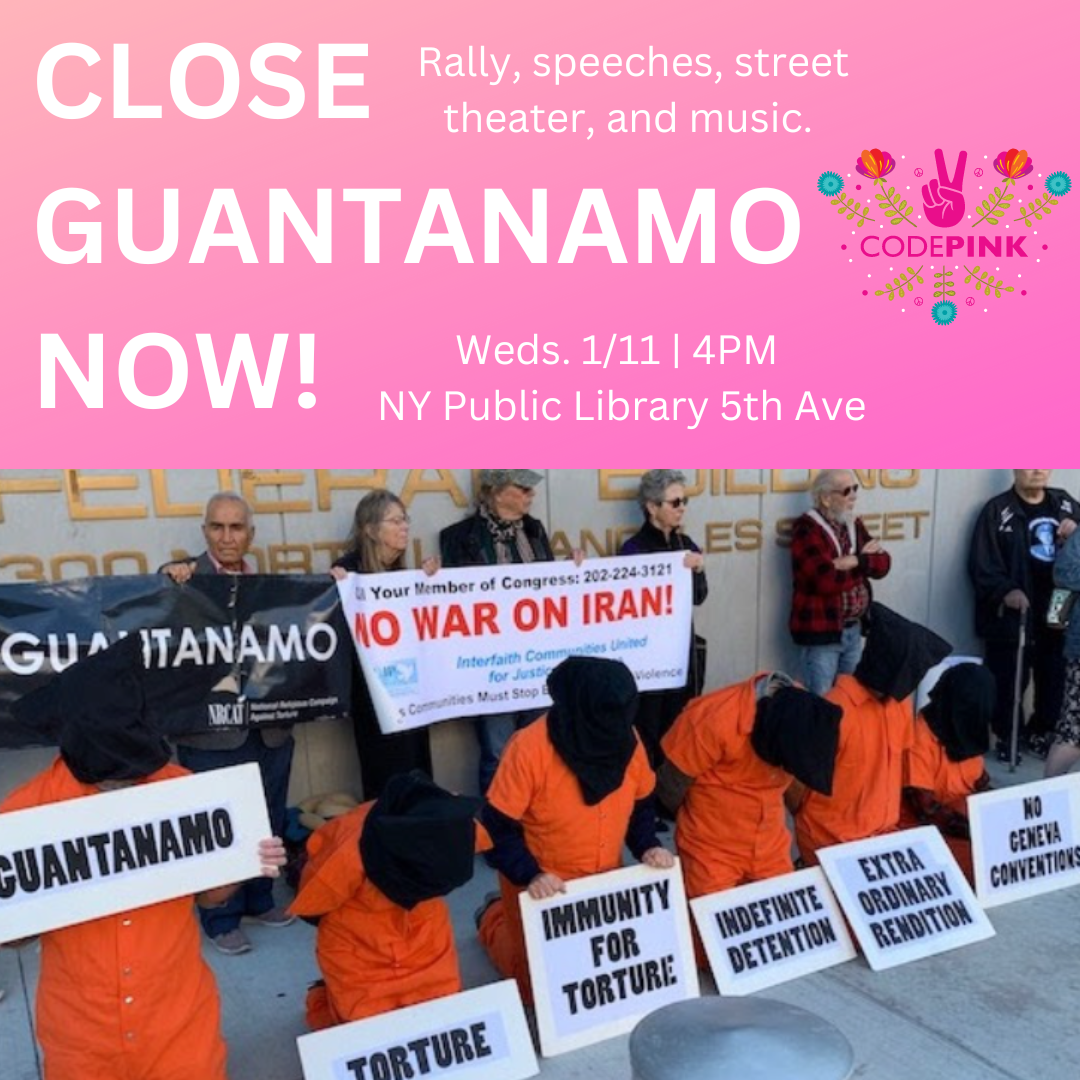 New Yorkers, join CODEPINK and allies in-person Wednesday, January 11, to mark the 21st anniversary of the opening of Guantanamo Bay and the human rights violations and torture it spawned.At its peak, the illegal detention center at Guantanamo Bay held some 800 men and boys of Muslim faith - most of whom were never charged with a crime. Today, 36 prisoners still languish there.

End torture NOW and prosecute the torturers and those who authorized them.