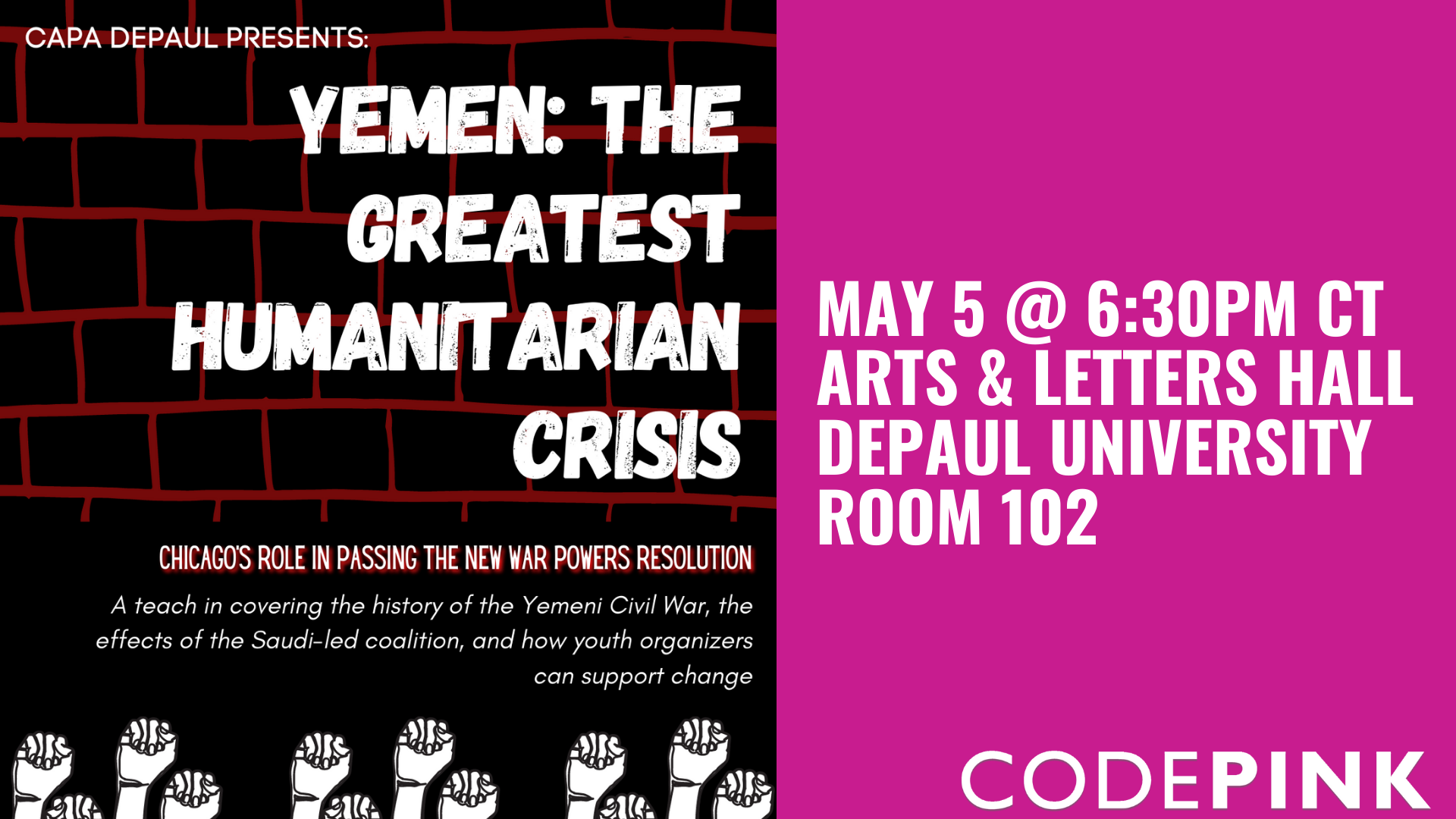 Eventbrite: https://www.eventbrite.com/e/yemen-teach-in-tickets-321475611207
The United Nations calls Yemen the “world’s worst humanitarian crisis”. And the United States continues to supply the Saudi-led coalition with weapons, intelligence, financial funds, and political support. A new War Powers Resolution is being introduced in Congress by Rep. Pramila Jayapal and Rep. Peter DeFazio this year “to reassert Congress’s constitutional war powers authority, terminate unauthorized US involvement in this endless war, reinvigorate diplomatic efforts, and ease this devastating humanitarian disaster.” We must do everything we can to support these efforts.

CAPA will be hosting a teach-in on the current crisis in Yemen on Thursday, May 5 at 6:30 pm CST in Arts and Letters Room 305 or via zoom. We want to educate the DePaul community on the current conditions on the ground in Yemen, the effects of the Saudi-led coalition, US involvement in the current war, and what we as students and organizers can do to support the new Wars Powers Act. Our event will include a quick presentation, followed by a discussion and ways to get involved.