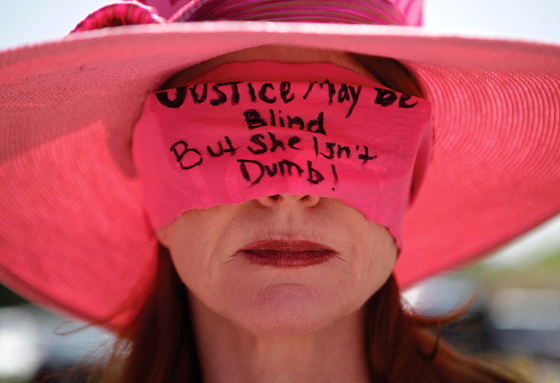 Chelsea Manning is a courageous whistleblower who has already served 5 years of her 35 year sentence for disclosing some of the U.S. government’s most deplorable abuses in Iraq and Afghanistan. Now, she’s told her support team that she’s being threatened with indefinite solitary confinement.

Chelsea's alleged "crimes" include: sweeping some food onto the floor and then asking to speak to her lawyer when a guard confronted her, having books and magazines in her cell about politics and LGBTQ issues including the Vanity Fair issue with Caitlyn Jenner on the cover, and "improper medicine use" for having a tube of toothpaste that was past its expiration date.

Not only are these new allegations outrageous, her next hearing is scheduled to be closed to the public so her supporters can’t come out for her. This sort of treatment amounts to psychological torture.

You can show your support for Chelsea Manning by signing our petition and sharing it with your friends. Help us keep Chelsea out of solitary confinement and pressure the government to make her hearing public.

We’ve been supporting Chelsea for years: CODEPINK activists marched in the freezing cold when she was imprisoned at Quantico military base; Tighe from DC shed his clothes to protest in front of the White House when Chelsea was "stripped" of her rights; we attended every day of her trial at Fort Meade, and we've written support letters to her while she's languished in prison.

On Tuesday, we'll deliver your signature on our petition to the Pentagon along with 60,000 other names already collected by our allies at Fight for the Future and RootsAction. Let Chelsea know you’ve got her back.