Check out what Paki did! 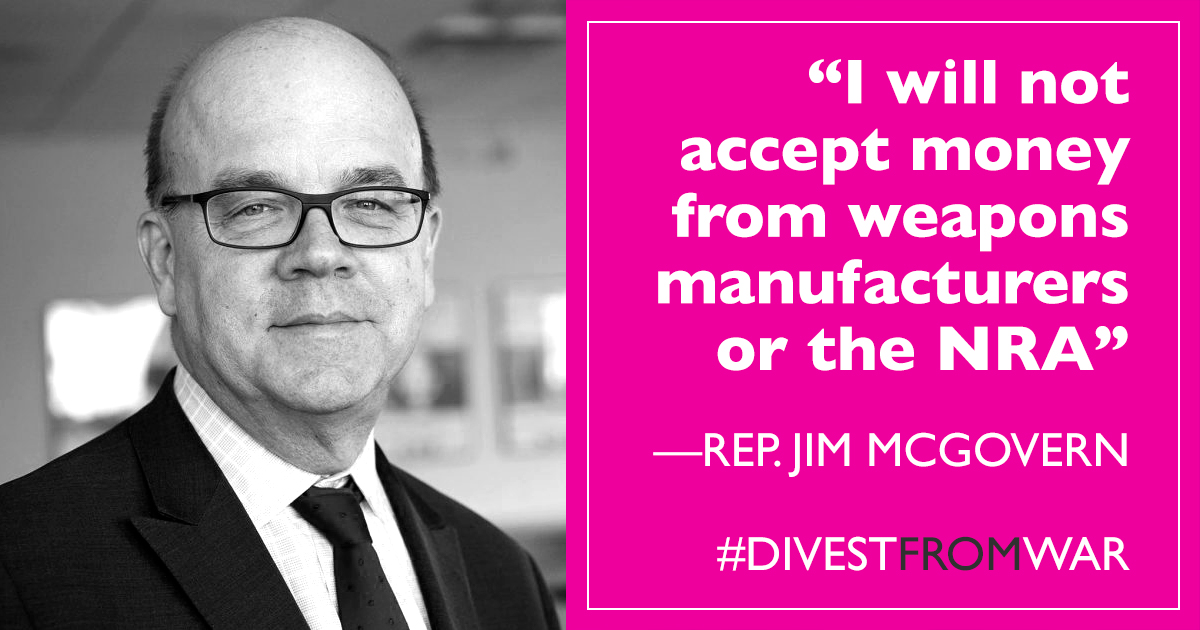 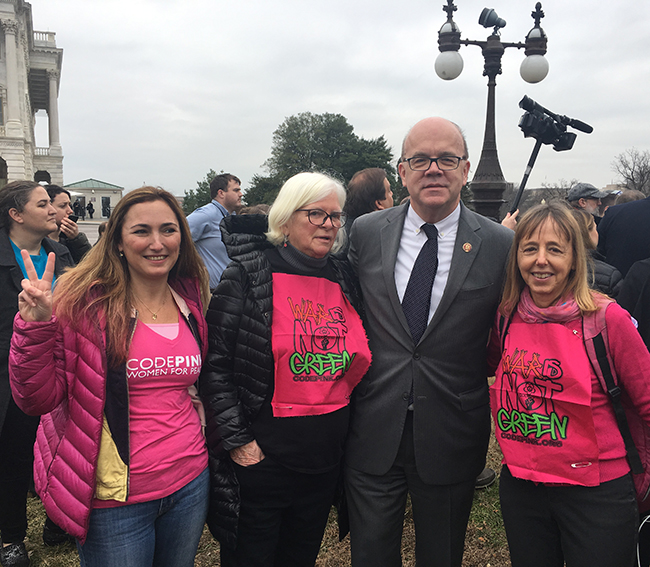 I’m proud to share an amazing success with you today. Our very own Paki Wieland is a force to be reckoned with (pictured on McGovern's left). Over the last year, Paki — a constituent of Jim McGovern from Northampton, MA — and other local CODEPINK activists have been visiting Rep. McGovern’s offices in Northampton and Washington DC, appealing to him directly at town hall meetings to stop taking campaign contributions from weapons companies. Between 2017 and 2018 McGovern received $10,235 from Raytheon, the fourth largest arms producer in the world.

Rep. McGovern personally called Paki last Friday to tell her that he would cease taking money from weapons companies, the fossil fuel industry, and corporate PACs! He specifically told her that it was partially due to the efforts of CODEPINK that he decided to divest. Paki’s persistence in asking McGovern to stop taking campaign contributions from weapons companies is a great example of how people can engage with CODEPINK’s Divest From the War Machine campaign in their local communities — and win! Will you join activists like Paki and call on your Congresspersons to divest from war?

Fill out this form and I will work with you to engage with your Congresspersons to divest from war!

Let’s get to work on the others! We can use all the CODEPINK help we can get — fill out this form to join us.

Towards a weapons-free future,
Maya and the entire CODEPINK team