Can you say NOPE? 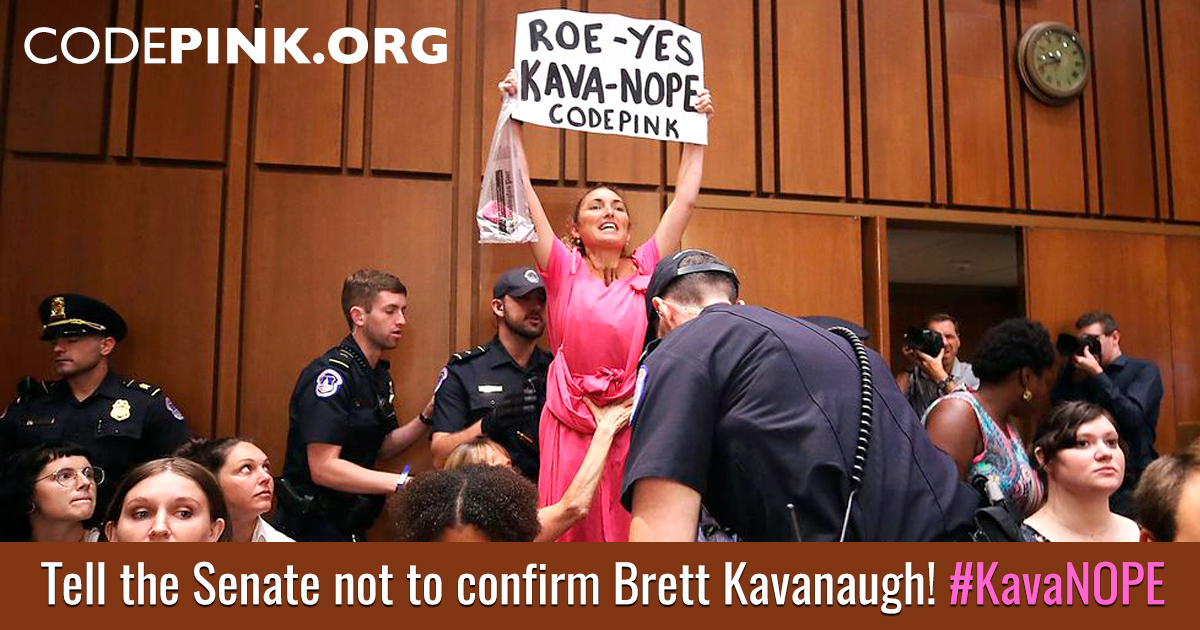 I was yesterday’s major image for the the New York Times, Esquire, Mother Jones and even Fox News. And it was for a good reason: I was arrested for protesting the confirmation hearing of Brett Kavanaugh to be the next Supreme Court justice. For women’s reproductive rights, health care, the environment and so much more, Kavanaugh’s confirmation would be a historic tragedy. A total of 70 people were arrested with me, most of them women. We put our bodies on the line because this is serious. Kavanaugh’s appointment to the Supreme Court will cement the worst of Trump’s policies for our children and grandchildren.

Send a message to Schumer now. Tell him to lead his own party, and to appeal to Republicans to keep Kavanaugh out.

You can also look up where your Senators stand on Kavanaugh. If yours are on the fence, call and demand they reject Kavanaugh. The Capital switchboard number is 1-844-778-3056.

In order to keep Kavanaugh from being confirmed, we need all Democrats and at least two Republicans to vote no. It's not inconceivable for us to prevent Kavanaugh’s confirmation. But in order to do it, we need Senate Minority Leader Chuck Schumer to do his job in his party, and convince a few Republicans to join in as well.

Women’s reproductive rights aren’t the only thing at risk in this confirmation. Kavanaugh approves of detention in Guantanamo Bay. He supports the Authorization for Use of Military Force, and thinks international law has no place in US courts. Kavanaugh takes away people’s choices — from the civilians who face the wars he has backed to the women whose rights over their own bodies are threatened. Tell Schumer to show leadership in the Democratic party. He must ensure that all Democrats vote no, and he must do everything he can to get a couple Republicans!

My daughter deserves the right to choose. My children deserve health care. People everywhere deserve freedom from the US military industrial complex. Kavanaugh is  dangerous for the future of America and the world. Tell Schumer to do everything he can to keep Kavanaugh out!