CALL NOW: Senate about to vote to block war 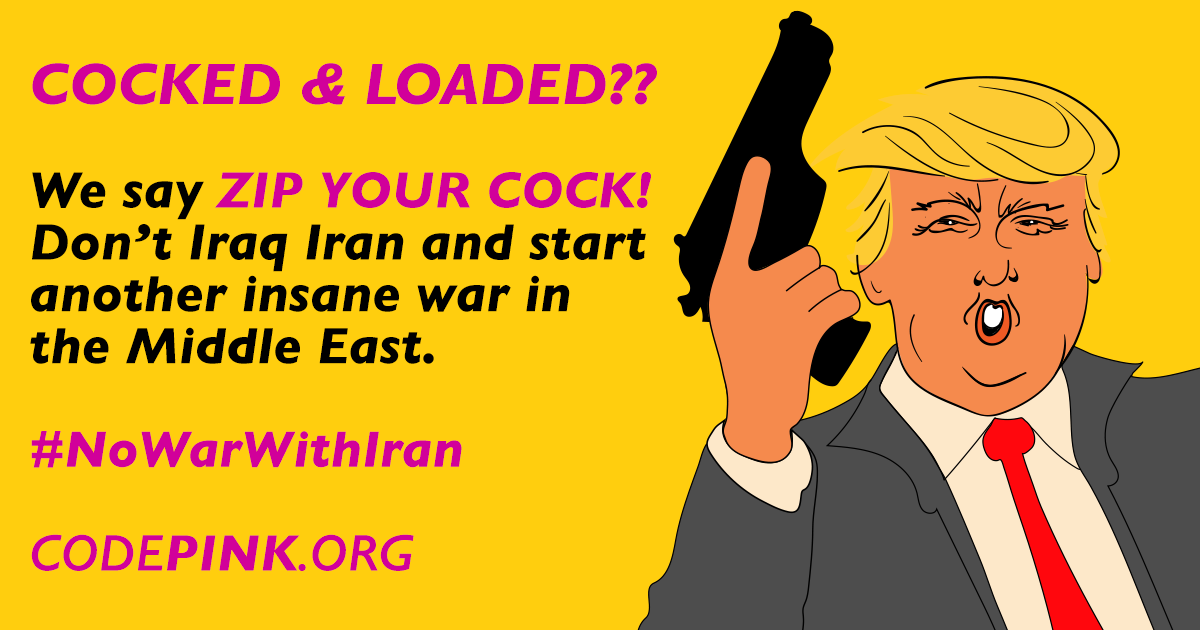 Senate will vote THIS Friday on the Kaine-Udall-Paul amendment to the National Defense Authorization Act to block an unauthorized war with Iran. Call your senators NOW to stop a war with Iran.

We were 10 minutes away from Trump launching military strikes to Iran last week. Just this week, Trump threatened to OBLITERATE Iran. All the signs are pointing towards war. A war with Iran would be illegitimate and destructive for the entire world, which is why a bipartisan group of Senators want to block this administration from taking us down a path of another endless war.

The Kaine-Udall-Paul amendment to the NDAA will do just that — prevent Trump from starting a unilateral war with Iran! The amendment reasserts that CONGRESS has not given authorization for a war with Iran and the Trump administration cannot use the 2001 Authorization for Use of Military Force to justify a reckless war.

The Senate needs to hear loud and clear that the American people do not have the appetite for another senseless war. Call your Senators TODAY to block a war with Iran.

P.S. The debates continue tonight, Thursday, June 27 at 9pm EST on NBC, MSNBC and Telemundo. Use our President for Peace social media tools (graphics, sample tweets and more) as you watch and make sure to use the #PresidentForPeace hashtag so we can follow and retweet you.