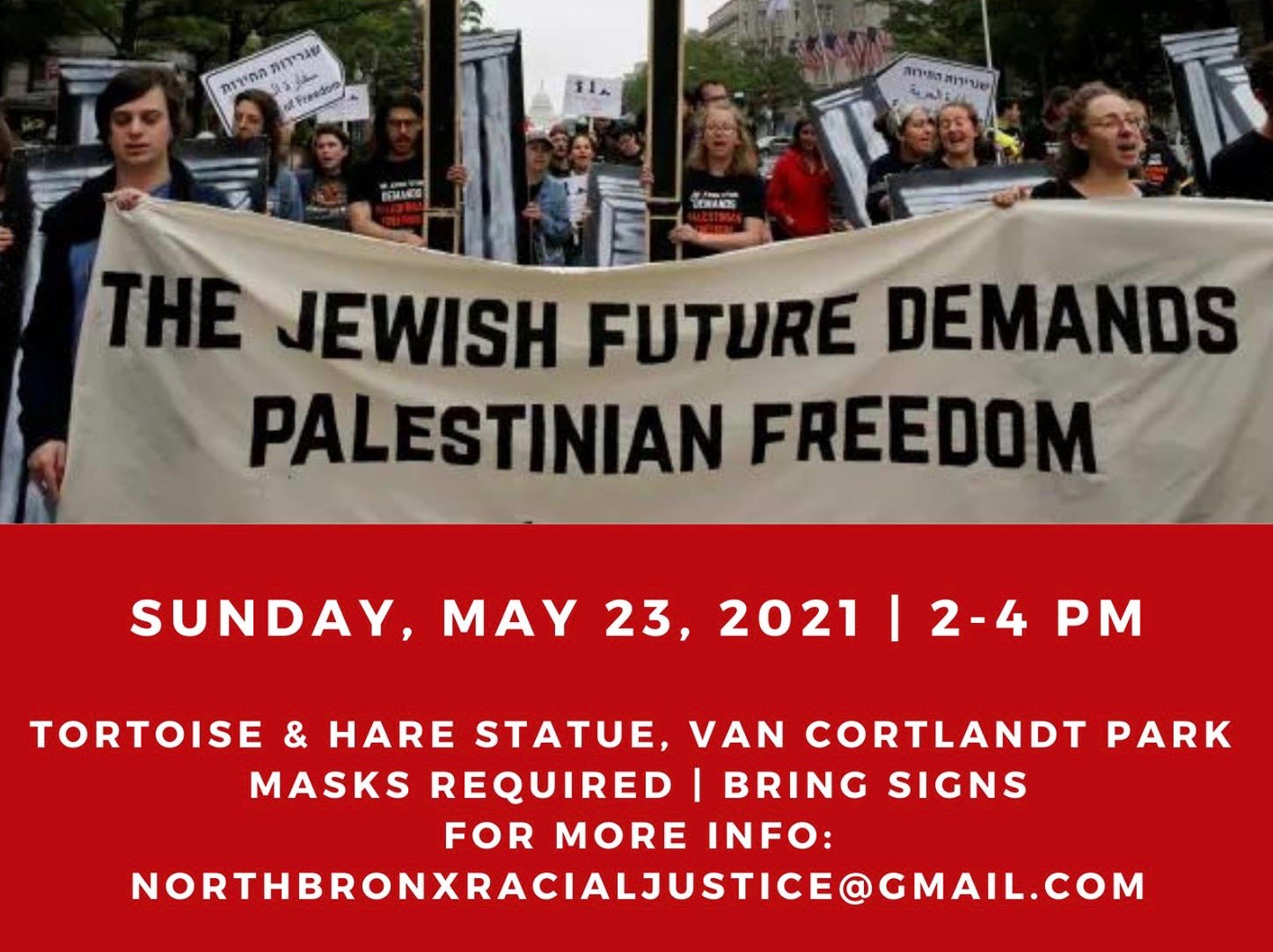 North Bronx Racial Justice condemns antisemitism, Islamophobia, and hate in all forms. We believe the needs of Israelis, Palestinians, and other peoples in the region should be accommodated in a single, multi-ethnic, democratic, human-rights-protecting state. We stand with Palestinians in their demands for an end to apartheid and occupation, and cessation of U.S. military aid to Israel. We stand with Palestinians in their insistence on their rights to resistance, self-defense, and free speech.