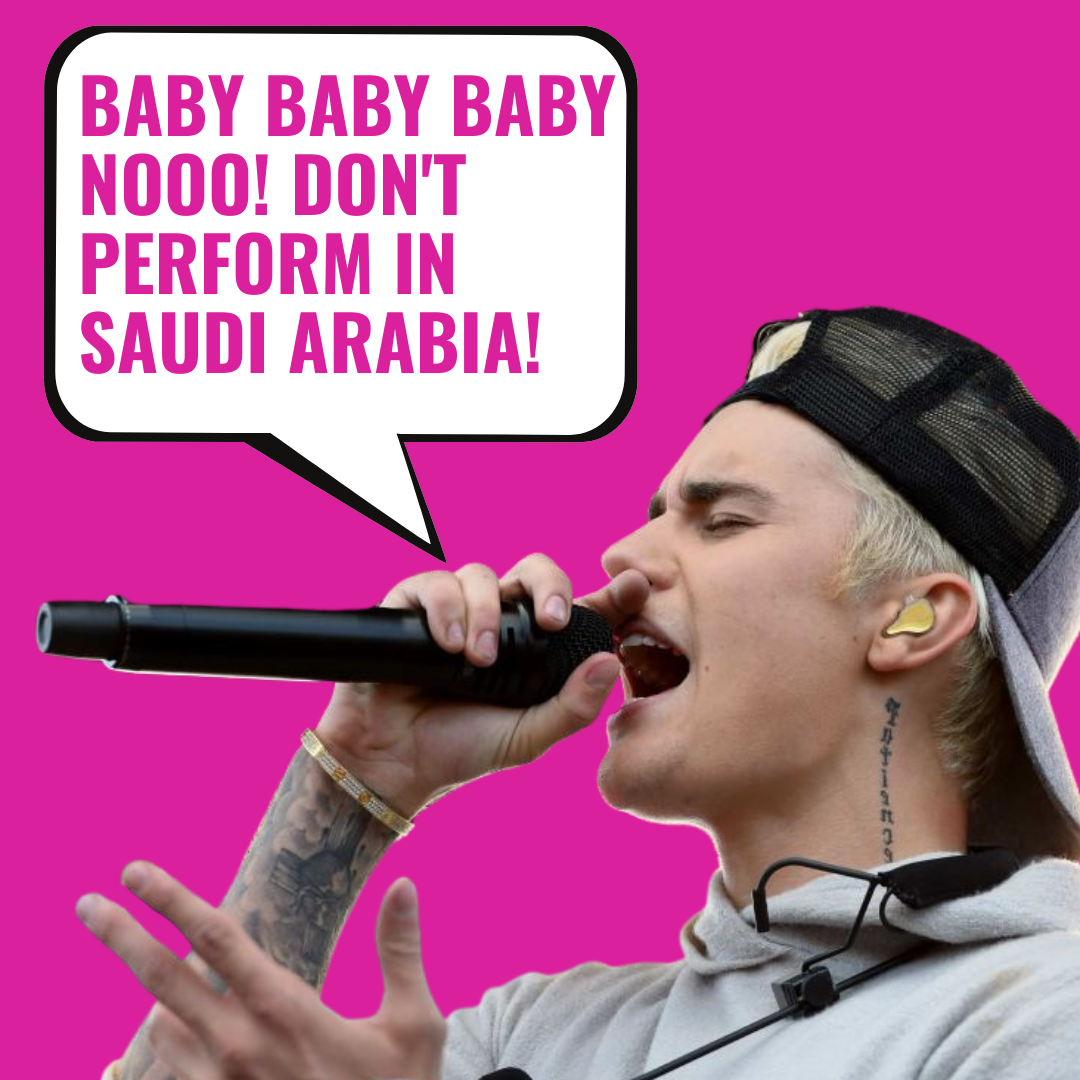 Justin Bieber just announced that he will be performing in Saudi Arabia at the Formula 1 Grand Prix. He will be joined by artists such as David Guetta, Jason Derulo, and A$AP Rocky. The Saudi Grand Prix event is a distraction from the massive human rights violations the Saudi government carries out.

Tell Justin and other artist to cancel their performances!

This wouldn't be the first time a big name artist cancelled an appearance in Saudi Arabia. In recent years, Nicki Minaj has refused to perform in the country based on its human rights record. However, it only came after immense pressure from activists like you! You can make a difference by joining the Twitter storm:

By clicking this link you will be redirected to Twitter with the tweet already typed out for you! Just press send!

Pop culture figures like Justin Bieber boycotting Saudi Arabia are really meaningful because a boycott exposes the intentions of the Saudi government. Instead of creating a distraction from human rights abuses, boycotts draw direct attention to them.

Miles away from where Justin Bieber would be performing, dozens of Saudi human rights activists are languishing in prison. Many of them have deteriorating health and their families have no contact with them. Not to mention Justin's stay in Saudi Arabia would be impossible without the countless exploited foreign workers who have virtually no rights in the kingdom. On top of human rights abuses within the country, the Saudi government is also starving Yemen with a brutal blockade. Whatever Justin is getting paid to be there, it is not worth more than Yemeni lives.

Tell Justin and other artists to cancel their appearances in Saudi Arabia!