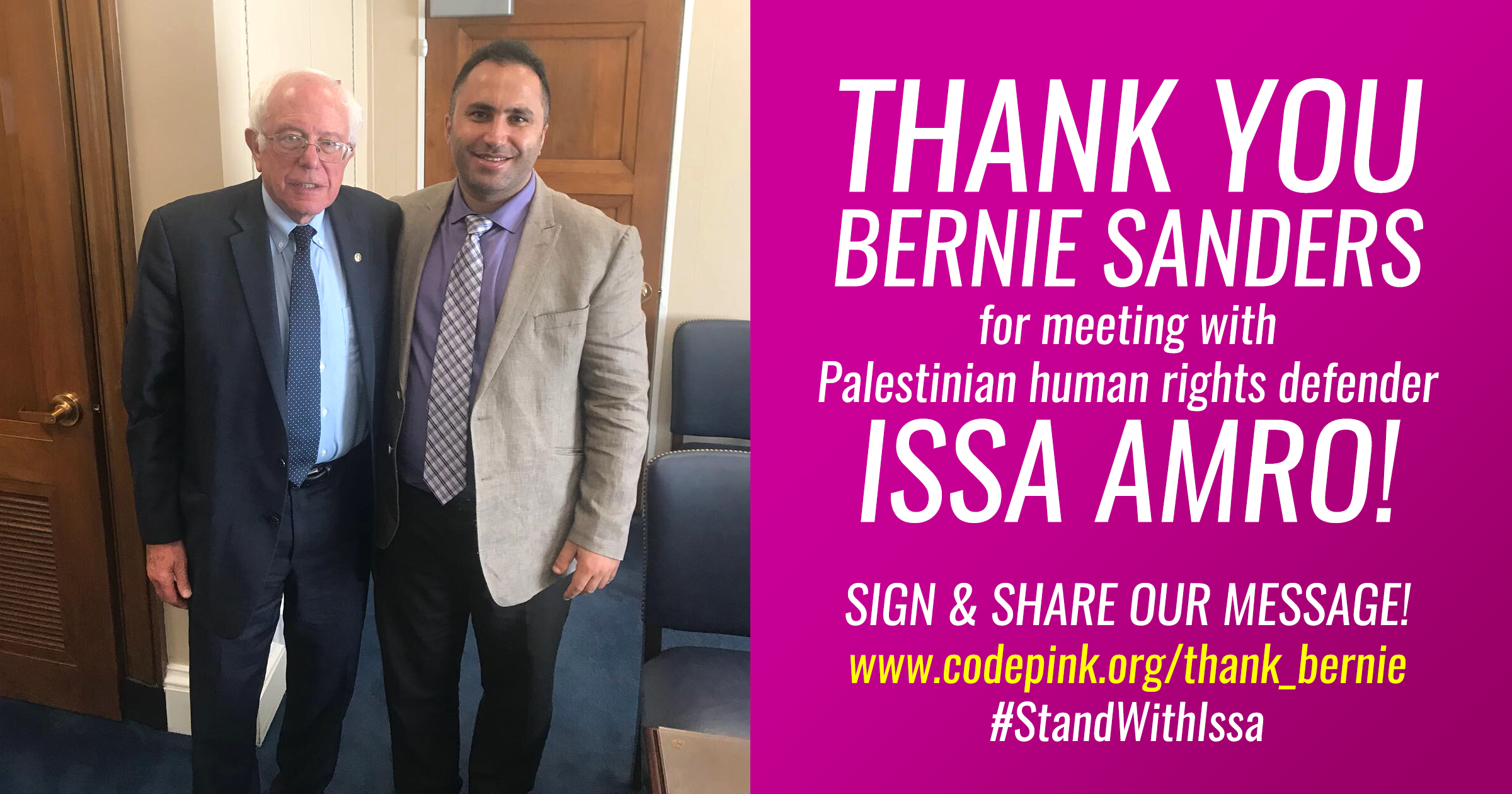 This week, we took Palestinian human rights defender Issa Amro to meet with Bernie Sanders. Issa spoke with Bernie about the situation on the ground in Palestine and what can be done to bring about equality and freedom.

Thank Bernie for meeting with Issa. Encourage him to continue supporting Palestinian rights.

Along with Bernie, over the past few days, Issa has met with Representatives Pocan, Ellison, McCollum, Lowenthal and more. This is part of the hard grassroots organizing we have taken on to have Congress hold Israel accountable for human rights violations against Palestinians. On September 22, Bernie Sanders told the Intercept that he supports cutting US aid to Israel.

Send Bernie a message thanking him for all he is doing for Palestinian rights.

Towards freedom and equality for all people,
Ann, Ariel, Issa, Jodie, Medea, Paki and the entire CODEPINK team

P.S. If you are in Washington DC, come see Issa speak Monday, October 2nd at 7:30 pm with Yousef Munayyer from US Campaign for Palestinian Rights.