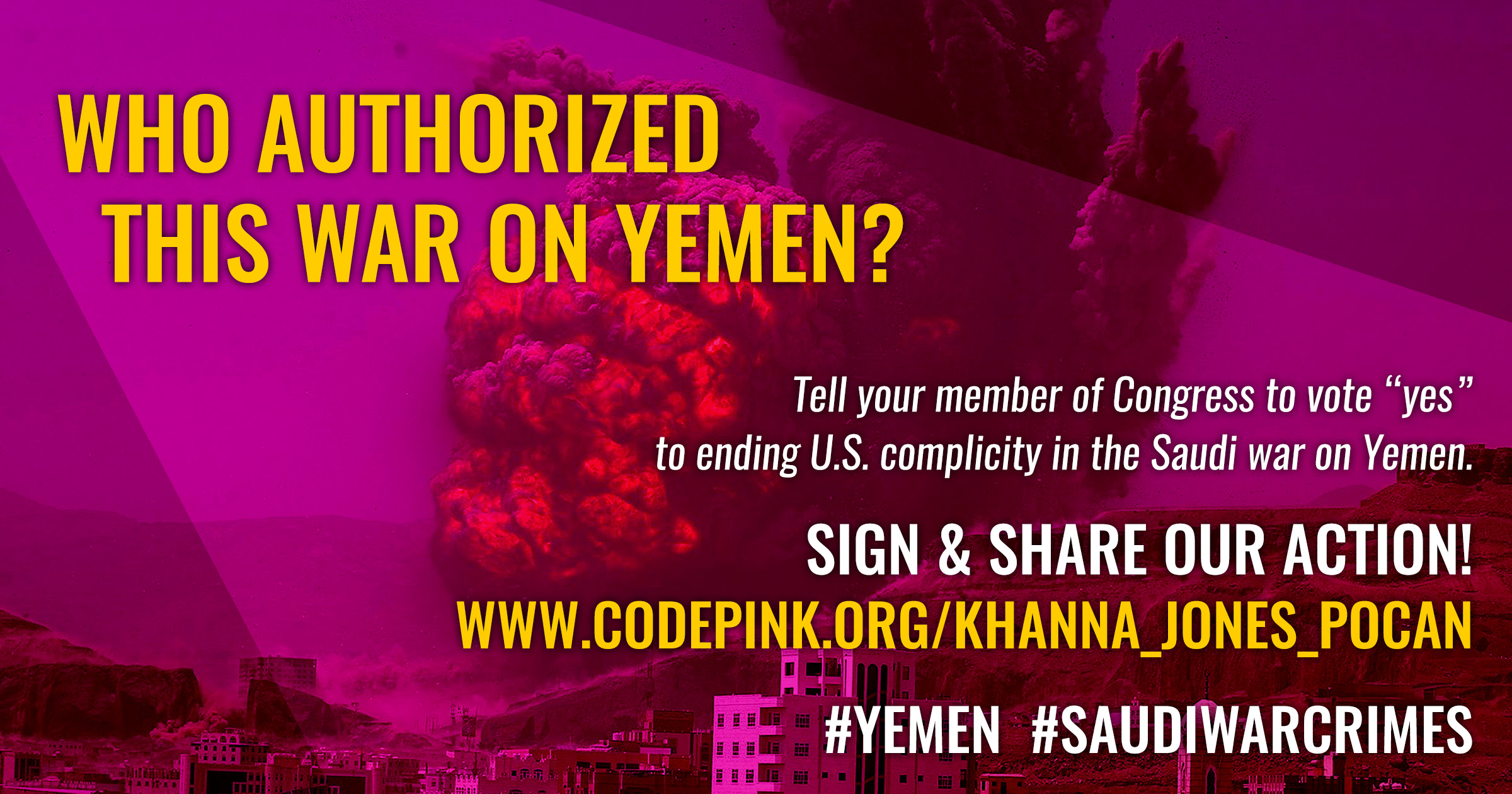 Saudi Arabia's war and blockade has pushed Yemen to the brink of famine and caused the worst cholera outbreak on record, with a million malnourished children at risk from cholera. Every 10 minutes a child in Yemen dies of preventable causes like malnutrition and diarrhea. When UNICEF's director was asked how to end Yemen's humanitarian catastrophe, he simply said: "Stop the war."

Your Representatives in Congress can provide crucial leadership to end Yemen's humanitarian catastrophe. Tell them to vote yes on the Khanna-Massie-Pocan-Jones bipartisan resolution calling for an end to the unauthorized U.S. participation in this war.

The U.S. has been a direct participant in Saudi Arabia's war. The Saudi regime could not pursue this war without U.S. weapons, planes, refueling of those planes and technical support. Yet Congress never authorized this U.S. military intervention.

Tell your Representative in Congress to vote yes on the Khanna-Massie-Pocan-Jones resolution to end the illegal U.S. participation in the Saudi-led bombing of Yemen.

PS.  The devastation of the war economy plays into the apocalyptic catastrophe in Puerto Rico. For those who want to help, the best place to donate to ensure funds go directly to the most vulnerable communities, including communities historically overlooked (low-income, Afro-Puerto Rican, etc.), is The Maria Fund.

Also, come learn more about how we can Divest from the War Machine, October 21 in WDC.