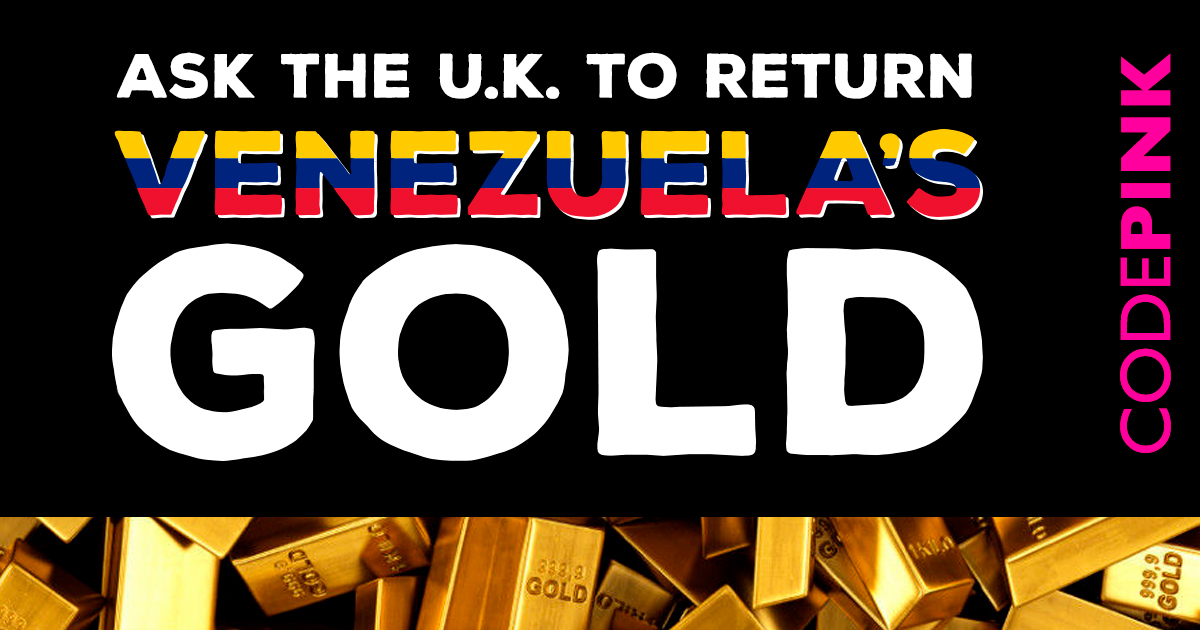 The Trump administration is seeking to pressure European countries to impose sanctions on Venezuela. While it is unclear what impact such sanctions could have – since the U.S. sanctions already target European companies doing business with Venezuela – as peace activists who recognize that sanctions are a deadly weapon of economic war, we think it is important to speak up before new measures are imposed.

Send an email now to the UK's Department for International Development telling them that sanctions are deadly and that the only way forward is through dialog between all Venezuelans.

As Europe considers sanctions, some countries are responding to the crisis by offering a pittance in aid. For example, on September 24, the United Kingdom’s Department for International Development (DFID) announced it was providing $37 million to vulnerable Venezuelans. In the press release about the aid, the government agency fails to recognize that the sanctions have already killed over 40,000 people. It also omits the fact that the United Kingdom has frozen and refuses to release $1.2 billion in gold that belongs to Venezuela.

Send a message now to the British government that the sanctions are deadly, that the UK should return Venezuela’s gold, and the only way forward is through dialogue between all Venezuelans.

PS: CODEPINK is going to Cuba in December to let the Cuban people know that we want our governments to restore full diplomatic relations and to denounce the embargo. Join us! And don't forget to read our latest blogs on Latin America.