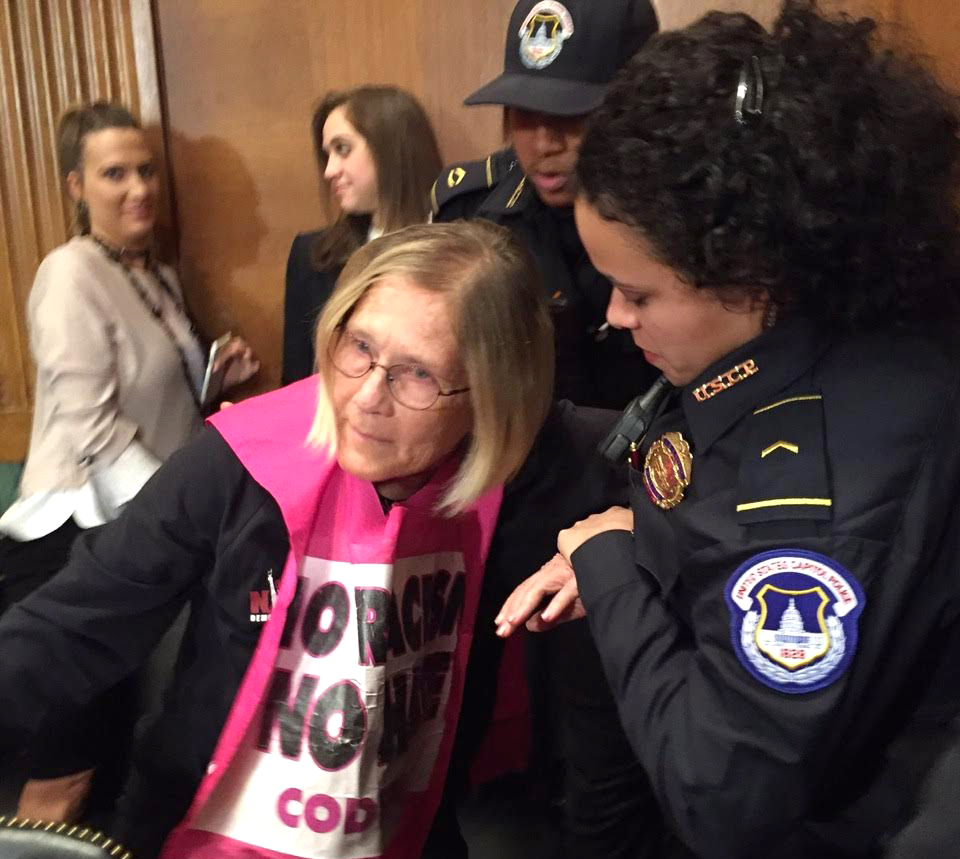 “Jeff Sessions is a racist and an Islamophobe. He must not be our next Attorney General,” said retired Colonel Ann Wright as she was roughly dragged out of the Senate Judiciary Committee today.

Donald Trump wants to make Senator Sessions our next Attorney General. The Washington Post called Sessions the “intellectual godfather” of Trump’s anti-constitutional Muslim ban. We must do everything we stop the Senate from confirming him.

Please CALL your senators now and demand that they oppose Sessions. The Capitol switchboard number is (202) 224-3121.

Acting Attorney General Sally Yates is a shero for refusing to defend Donald Trump/s illegal and racist executive order targeting Muslim immigrants and refugees. NAACP President Cornell Brooks is a hero for sitting in and getting arrested, twice, at the office of Jeff Sessions in Georgia. Retired Colonel Ann Wright is shero for speaking out and getting arrested at the Senate Judiciary Committee meeting on Sessions.

Now it’s time to do your part. Please CALL your senators at (202) 224-3121. Time is of the essence, as the Republicans are determined to ram this nomination through this week.

PS. Don't forget to order one of our Refugees Welcome T-shirts!