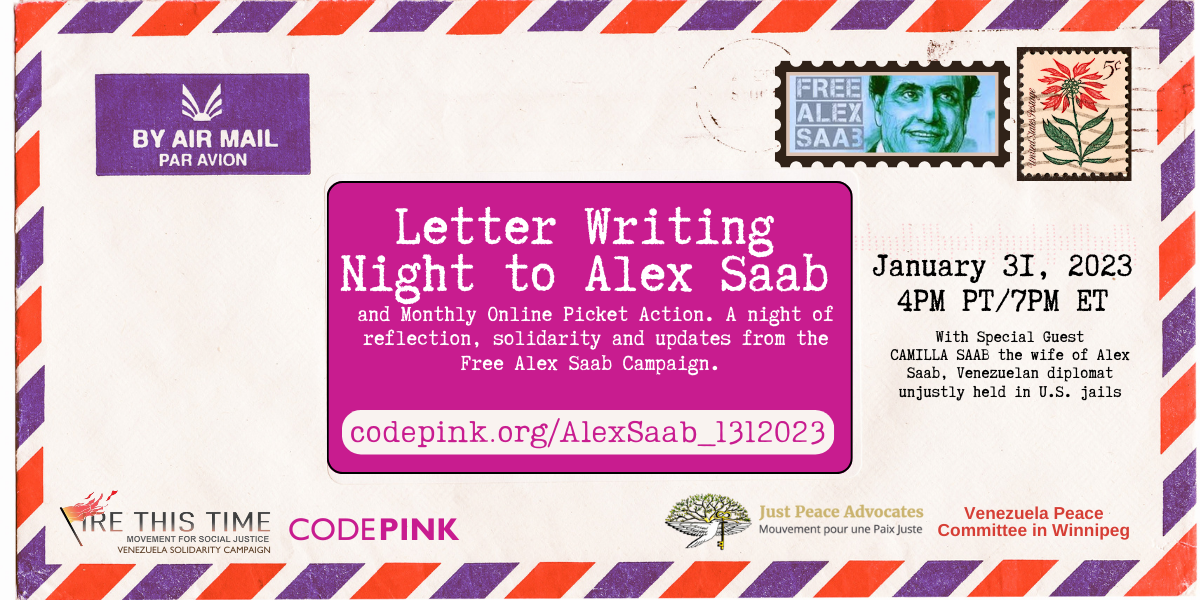 Alex Saab is virtually unknown in the United States, where he is currently languishing in a Miami prison, but he has been vital to Venezuela’s ability to survive the brutal economic war being waged by the U.S. He is a political prisoner whose case has parallels to that of Julian Assange. Both have been subjected to extraterritorial reach by U.S. authorities, as neither are U.S. citizens, and their alleged crimes took place outside of the country. Assange is in jail for telling the truth. Saab is in jail for helping feed Venezuelans.

Organized by Venezuela Peace Committee in Winnipeg and the Fire This Time Movement for Social Justice Venezuela Solidarity Campaign, Just Peace Advocates and CODEPINK, with the support of Venezuela solidarity organizations and individuals across Canada