Activists Across the Country Will Take to the Streets to Protest Escalation Towards a U.S.-Russia War 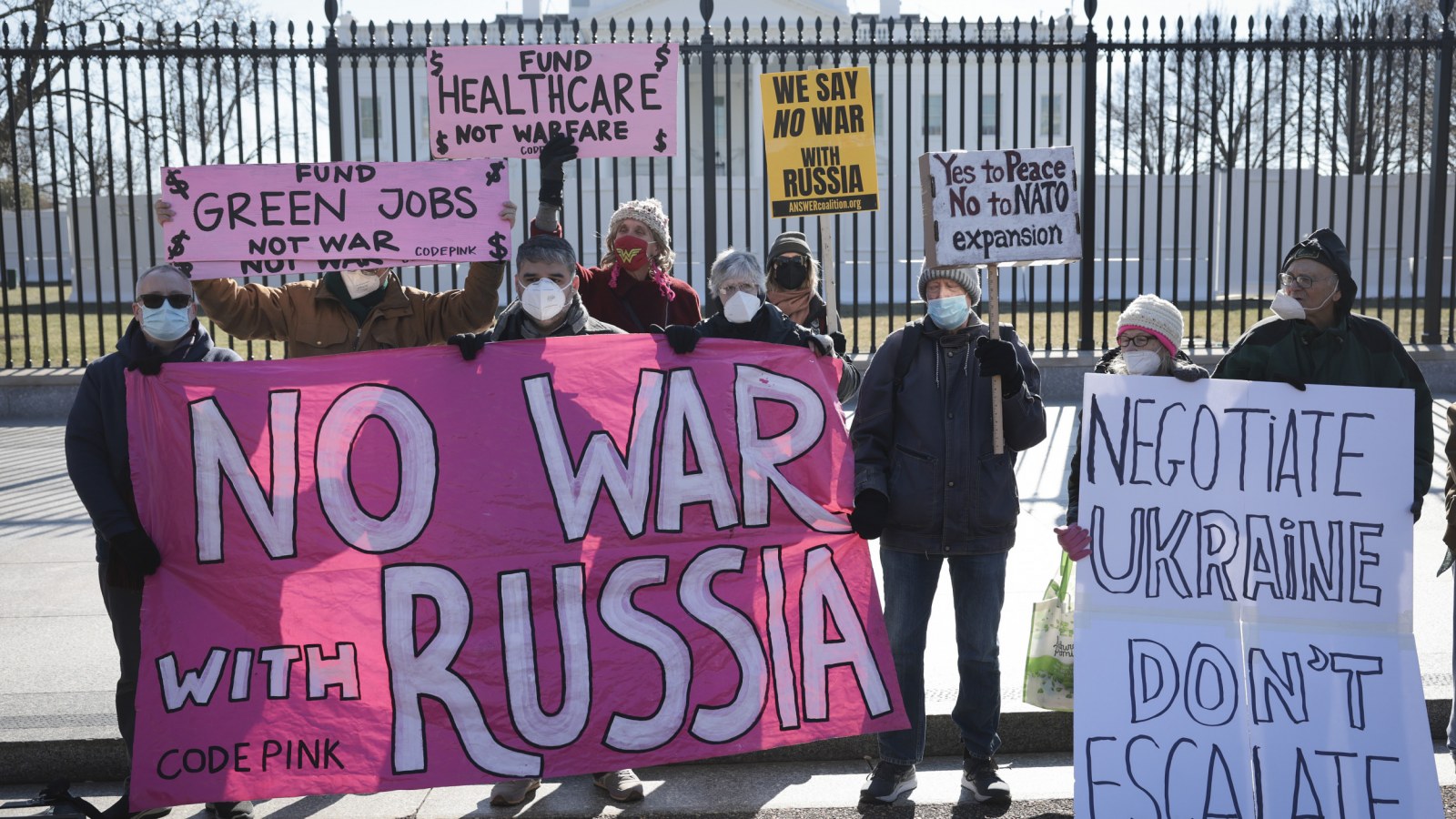 Activists Across the Country Will Take to the Streets to Protest Escalation Towards a U.S.-Russia War

February 4, 2022 — This weekend activists in more than 70 cities across the United States will be taking to the streets to protest the Biden administration’s escalation towards a war between the U.S. and Russia. Despite the Biden administration finally admitting this week that a Russian invasion of Ukraine is not imminent, the Pentagon announced on Wednesday, February 2 that 3,000 U.S. troops are being moved to Eastern Europe.

The actions are being organized by CODEPINK and other anti-war organizations to call for serious negotiations, not military escalation, which could easily spiral out of control to the point of pushing the world to the precipice of nuclear war.

“Whether it’s the anti-China rhetoric causing an increase in sinophobia or the movement of U.S. troops towards Ukraine, the Biden administration is playing a dangerous and counterproductive game,” says CODEPINK co-founder Jodie Evans. “The chest pumping and lies that led us into the Iraq war continue to cause horrific suffering across that region and now President Biden is looking for a new war. The American people say NO WAY!”

“NATO must stop doing the bidding of the military-industrial complex," says CODEPINK cofounder Medea Benjamin. "We need the money to be spent here at home on healthcare, education, housing, and the other things that improve people’s lives, not on spent more bombs.”

While the U.S., NATO and Russia are all responsible for this crisis, its roots are entangled in the failure of the U.S. government to live up to its promise made in 1990 by then-Secretary of State James Baker that NATO would not expand “one inch to the East.” Since 1999, NATO has expanded to include numerous former Soviet allies and even members of the former Republic, including some that border Russia. Rather than dismissing out of hand the Russian government’s current insistence on a written guarantee that Ukraine will not become part of NATO, the U.S. government should agree to a long-term moratorium on any NATO expansion.