A - Z Guide to Divest Congress from War! 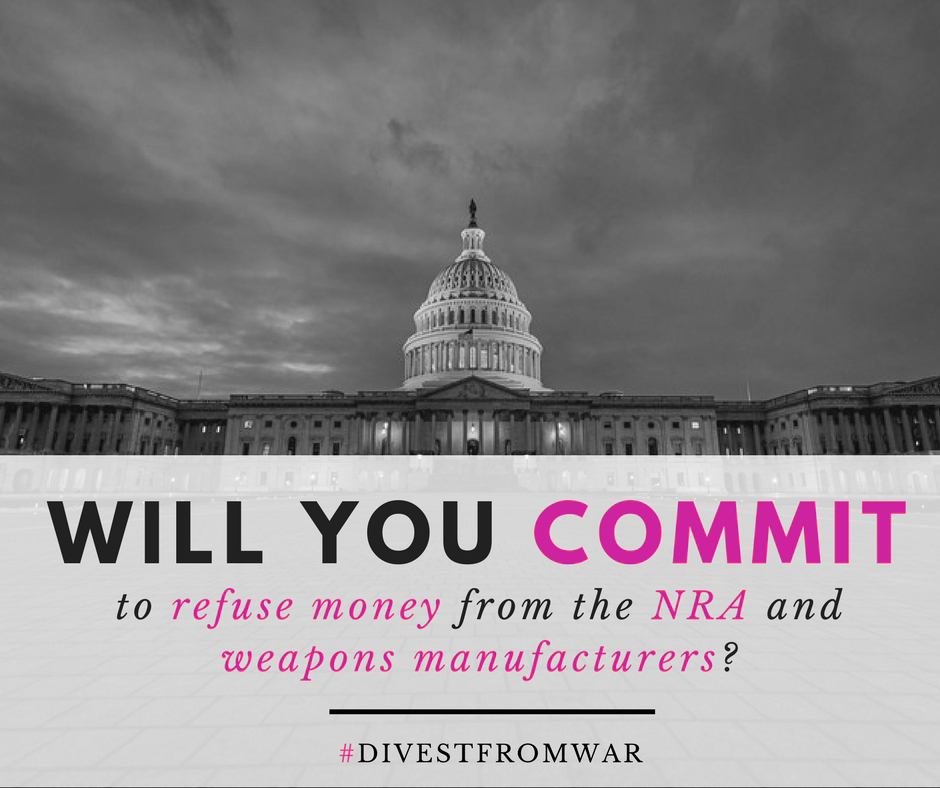 Congress is going home for the month of August, so let’s get to work! Join CODEPINK and our local leaders to hold Congress accountable for taking money from the war machine. Check out our new toolkit to get Congress to Divest from War!

Before you get started organizing locally, send a quick email to your representative and senator now! Tell them to stop taking campaign contributions from weapons manufacturers and the NRA.

From backlash on diplomatic talks to advancing more weapons sales around the world, the haze of militarism and the crippling grip of the war machine on our lives has been front and center lately. But we can take action. Let’s get our members of Congress to commit to stop taking campaign contributions from weapons manufacturers.

We made it easy for you. How to schedule a meeting? Materials? Talking Points? Just download and go! Plus, as always, you can send a quick email to divest@codepink.org, and we’ll be here to provide support.

The revolving door between military contractors and Capitol Hill has long been dizzying, and it’s only getting worse. We spend more than any other country on weapons and war, even though we don’t need it. And we produce so much military excess that equipment is given to police (and university police) for free. It’s time for Congress to say no to weapons manufacturers and commit to representing people, not profits.

Join us this August, and let’s move Congress!

💰Millions in US military aid are used...

We are writing to you today with...