A Year of Failure for Guaidó and Trump’s Venezuela Policy 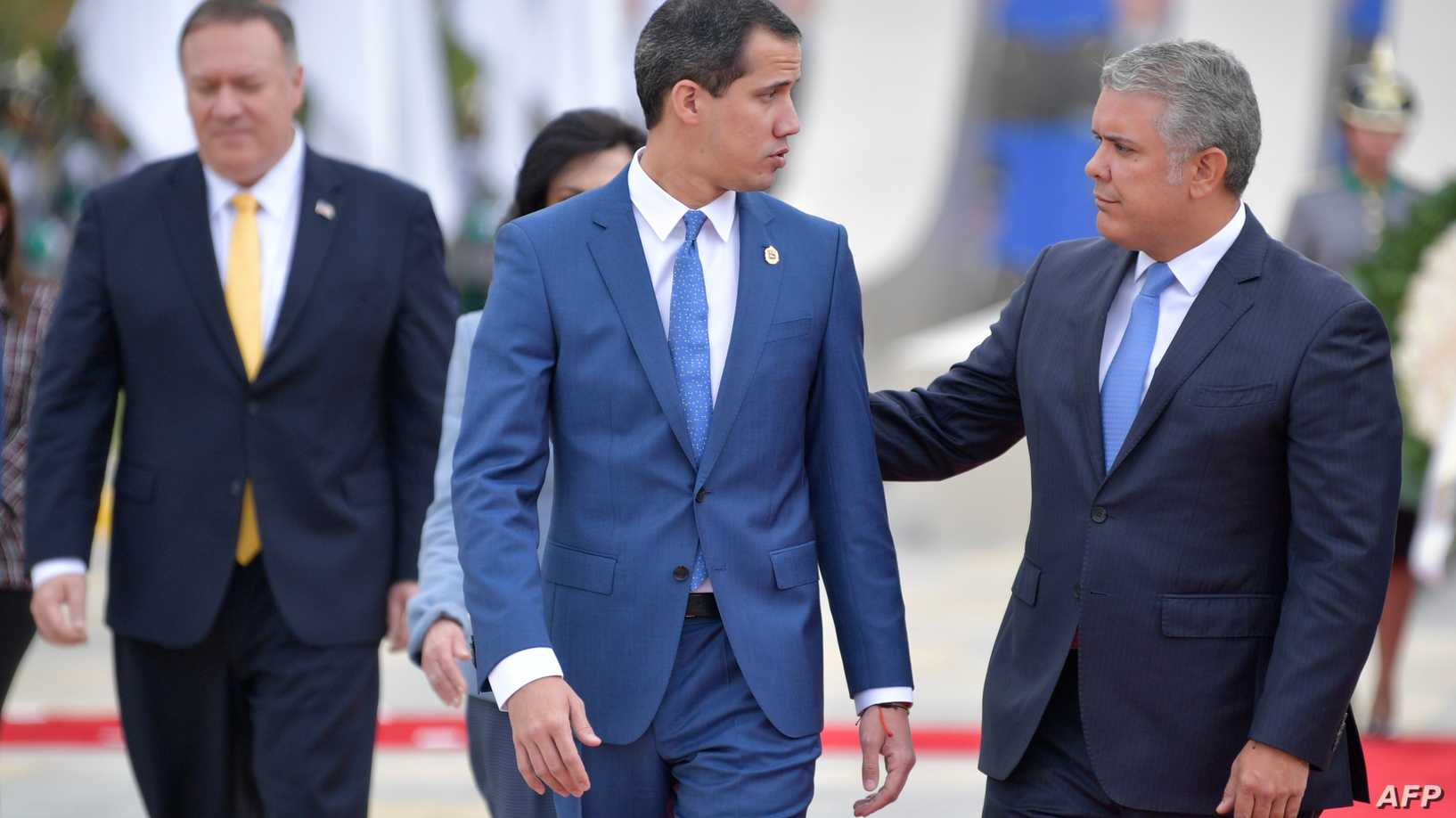 It has now been one year since Juan Guaidó, then head of Venezuela’s National Assembly, swore himself in as “interim president” of the country on January 23, 2019. It is worth recalling that this scheme was hatched in Washington. The night before the swearing-in, Vice President Mike Pence called Guaidó to offer him the U.S. government’s full support. It must also be emphasized that his swearing-in was entirely devoid of legality and has absolutely no basis in Venezuela’s constitution given that Nicolás Maduro is a sitting, legitimately elected president. It was a farce designed to give the United States and its allies enough cover to openly engage in what Washington has wanted for years: regime change in Venezuela.

Early promises that Guaidó would be quickly recognized by a majority of the world’s nations went unfulfilled. A year later, fewer than 60 countries recognize him, while 80% of the world’s population live in countries that recognize Nicolás Maduro as the legitimate president of Venezuela. As international support for the Maduro government has remained steady, domestically, chavismo - the movement behind the Bolivarian Revolution - has come out of the year arguably stronger and more united than since President Hugo Chávez’s passing in 2013. Evidence of this are the 3.3 million members of the Bolivarian Militia, civilians and retired members of the military who have committed themselves to defending the country in case of invasion.

Guaidó’s troubles began on February 23, 2019, the day of the attempted delivery of humanitarian aid and a Live Aid style concert to raise funds. Having promised the Venezuelan people that U.S. aid would enter the country one way or another, Guaidó appeared in Colombia on a day that ended with his supporters burning aid trucks. Those who watched alternative media and Twitter that day saw journalists assaulted, mob violence, and Molotov cocktails—committed by opposition supporters on the Colombian side of the border. Those who watched corporate media were told that it was the Maduro government that burned aid and had blockaded a bridge (a bridge, that had never been open to traffic). The truth about the burning of the aid would finally be acknowledged by The New York Times weeks after the fact.

Worse news was to come for Guaidó as a result of that debacle. First, photographs were released of Guaidó arm in arm with members of Los Rastrojos, a paramilitary drug cartel infamous for its violence. This cartel, along with the Colombian government, helped Guaidó enter Colombia from Venezuela allegedly in exchange for impunity for future crimes. [Due to a court ruling, Guaidóis not technically allowed to leave the country, although he has not been punished for breaking this ruling.] Then the Pan Am Post, a Miami based right-wing newspaper, published an exposé: the humanitarian funds from the concert had been embezzled by Guaidó’s team in Colombia.

These facts were not yet known to the Venezuelan people, who woke up to an attempted insurrection on April 30. Guaidó, surrounded by about 20 rebel military members and accompanied by opposition figure Leopoldo López, took over a highway overpass and briefly made the world think he had taken over an airbase. The insurrection went nowhere, and López, who had broken out of house arrest, fled to the Spanish Embassy, where he remains to this day.

This failed uprising soured the Venezuelan opposition’s opinion of Guaidó, as his convening of mass demonstrations led to poorer and poorer turnout. The strategy quietly changed, as the two most extreme opposition parties, Guaidó’s Voluntad Popular and Primero Justicia, participated in talks with the Maduro government in Barbados and Norway. These broad talks were scuttled in August as a direct result of a new round of economic sanctions imposed by the Trump administration, sanctions that constitute an “economic embargo” and were welcomed by these two parties.

However, in September, a different faction of the opposition, representing 3 million people (or approximately 20% of likely voters), continued the dialogue with the Maduro government and produced immediate results, including the reincorporation of Maduro’s PSUV party into the opposition-controlled National Assembly (which the PSUV had been boycotting as a result of a Supreme Court ruling that placed the National Assembly in contempt).

A similar effort at dialogue had led to a potential loan to boost Venezuela’s electricity production, a result of months of dialogue between the government, opposition and multilateral organisms. Yet the extremists struck again, nixing the deal in the National Assembly in a December vote. In that same month, the extreme opposition launched attacks on army barracks in Southern Venezuela, apparently aided in the plot by the Bolsonaro government of Brazil, according to leading Brazilian newspaper O Globo. These attacks marked the end of the most stable period of Venezuela in 2019, a stability brought about by an economy that showed signs of life and the ongoing dialogue between the moderate opposition and government.

This dialogue was a point of contention within the fractured opposition, as were dueling accusations of corruption: the aforementioned embezzlement of humanitarian aid and the claim that certain opposition leaders were attempting to prevent a Colombian businessman from being sanctioned by the U.S. Another divisive factor was the allocation of U.S. funds among the opposition itself. A prominent right-wing Venezuelan journalist in Miami claims that Guaidó made a tactical error in the distribution of the over $128 million in funds his “administration” has received from USAID. According to this claim, the opposition became further divided as Guaidó, using U.S. taxpayer money, paid different salaries to legislators (some received $500/week, others merely $100/week) causing resentment and exposing divisions.

These divisions led to the events of January 5, when 31 opposition legislators joined the PSUV in voting for a new president of the National Assembly. Guaidó, knowing he didn’t have the votes to retain his position, made a spectacle of himself in front of the parliament, pretending to not be allowed into the premises, despite clear evidence that the people being blocked from entry were former legislators (including one who had been previously imprisoned for carrying C-4, a powerful explosive, before being released in an amnesty deal granted by President Maduro).

Afterwards, Guaidó held a parallel vote in which he claimed to get 100 votes in favor of his continued presidency of the legislature. A review of these 100 votes reveals that many of those who voted for him are legislators who serve as alternates to the 31 opposition legislators who voted against him (every member of the National Assembly has an alternate who votes in her or his place when the actual member cannot attend a vote). Contrary to what has been reported in mainstream media, Luis Parra, the new National Assembly president, is a member of the opposition, not a government supporter. The same is true for the other three legislators elected to positions of leadership. However, at this point the U.S. and its allies are not recognizing the National Assembly, instead choosing to recognize Guaidó’s parallel parliament.

Now, Guaidó is on a tour of Colombia and Europe. In Colombia, he participated in a multinational forum on combatting terrorism, attempting to capitalize on President Trump’s escalation of the conflict with Iran by baselessly linking the Maduro government to Iran’s ally in Lebanon, Hezbollah. In Europe, he will reassure allies that he remains in charge, while asking the Europeans  to increase pressure on the Maduro government.

It’s more of the same from a strategy that was ill-conceived in the first place. The Guaidó “presidential” experiment will likely continue until after the U.S. presidential elections, though there are signs that President Trump is growing tired of his administration’s Venezuela policy. Where once Venezuela was a staple of his campaign speeches, President Trump has mentioned the country less and less often on the stump. This is recognition that the policy of deadly sanctions and attempted international isolation has not yielded any positive results. Furthermore, there are growing indications that powerful U.S. business interests are tired of the sanctions and want to push for dialogue.

A saner Venezuela policy would recognize that President Maduro has a base of at least 6.3 million voters (roughly 40% of likely voters in a high turnout election), that there is a sizeable moderate opposition that wishes to engage in dialogue and politics (as opposed to coups and military intervention), that the sanctions - which have killed more than 40,000 people and have cost the economy at least $30 billion - are harming ordinary Venezuelans, and that a continued political crisis in the country can only further destabilize an already unstable region. Unfortunately, the Trump administration, with broad bipartisan backing, has opted to pretend that the government does not have a popular base of support, that the moderate opposition are government supporters in disguise and that the sanctions will lead to regime change. The United States must allow dialogue in Venezuela the opportunity to succeed, otherwise the economic and political crisis will continue.