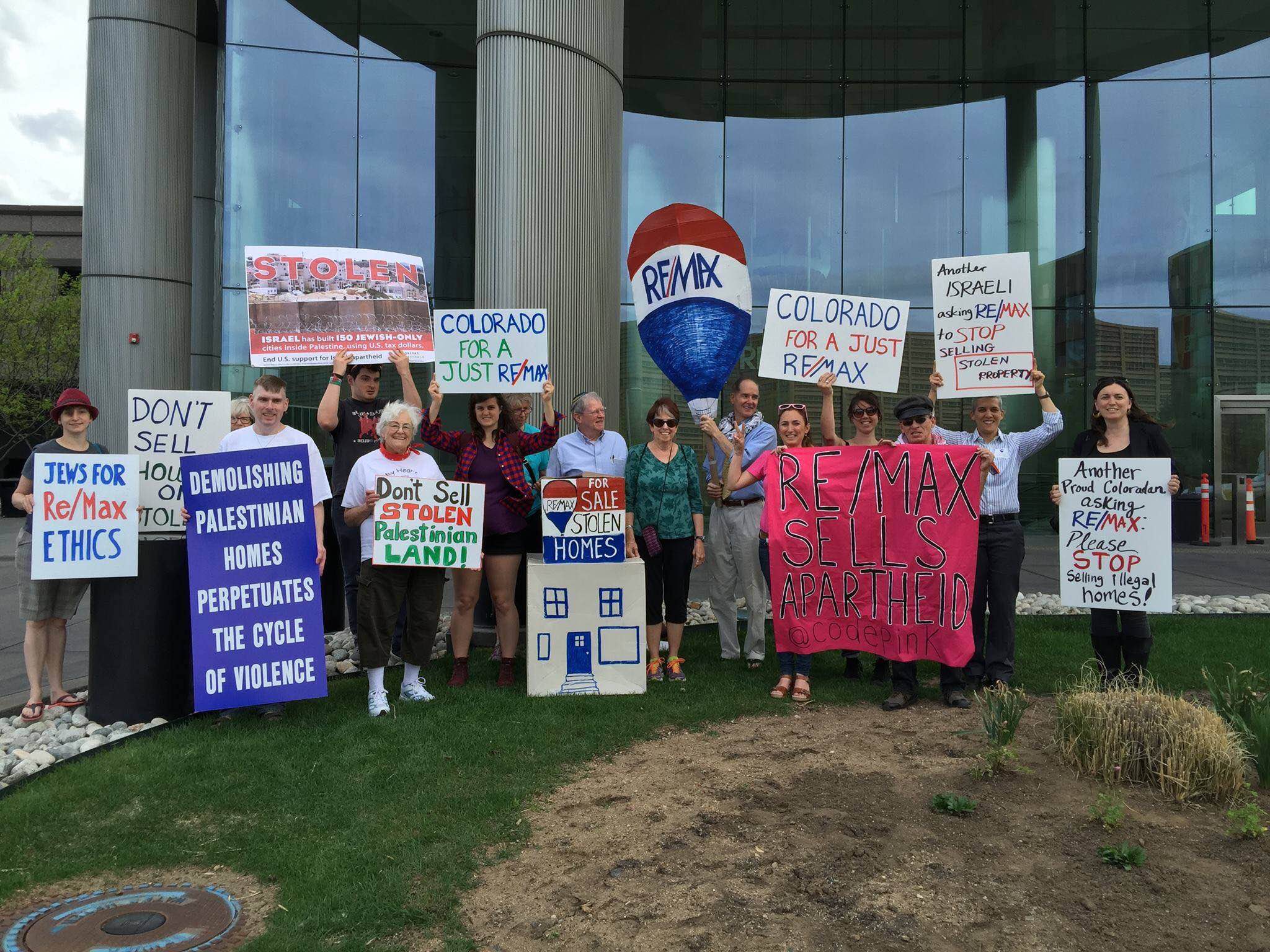 We are thrilled to report that last week the Presbyterian General Assembly passed a resolution (without opposition!) calling on RE/MAX to stop selling properties in Israeli settlements built on occupied Palestinian land – sales that violate international law and official US policy. In addition to this huge boost for our campaign, RE/MAX CEO Dave Liniger released a statement acknowledging that RE/MAX’s operations in the occupied territories are both legally and morally questionable. Liniger’s statement that RE/MAX will “no longer receive any income from the sale of Jewish-settlement properties in the West Bank” is a sign that our campaign is having an impact. The statement gives us fuel for the fight ahead to pressure RE/MAX to take meaningful action against brokers and realtors in their network who are dealing in settlement properties.

This past year CODEPINK held protests outside numerous RE/MAX offices across the US. We disrupted the RE/MAX R4 conference in Las Vegas and attended RE/MAX’s annual shareholder meeting in Denver, protesting both outside and inside the meeting. We have not for a moment given up our demand that RE/MAX end their complicity in Israel’s illegal settlement enterprise.

Now that we have gotten RE/MAX LLC to take this important step, it is important that we keep up the pressure until they fully extricate themselves from Israel’s illegal settlement enterprise. RE/MAX must immediately establish and disseminate clear policies and guidelines for all RE/MAX brokers and agents around the globe that prohibit selling, renting, or publicizing properties that are built on illegally seized land in the Occupied Palestinian Territories, including East Jerusalem. RE/MAX must also establish that members of the RE/MAX network should not refer clients to brokers and agents who are involved in such illegal properties.

From sending letters to protesting at local RE/MAX offices, conventions, and shareholder meetings, to speaking out on social media (and more!), it has been all of our hard work that has brought RE/MAX to take this tremendous first step. With continued hard work, we can now get RE/MAX to fully end its complicity in Israel's violations of international law and Palestinian human rights.

Towards peace, justice, and full equality for all people.