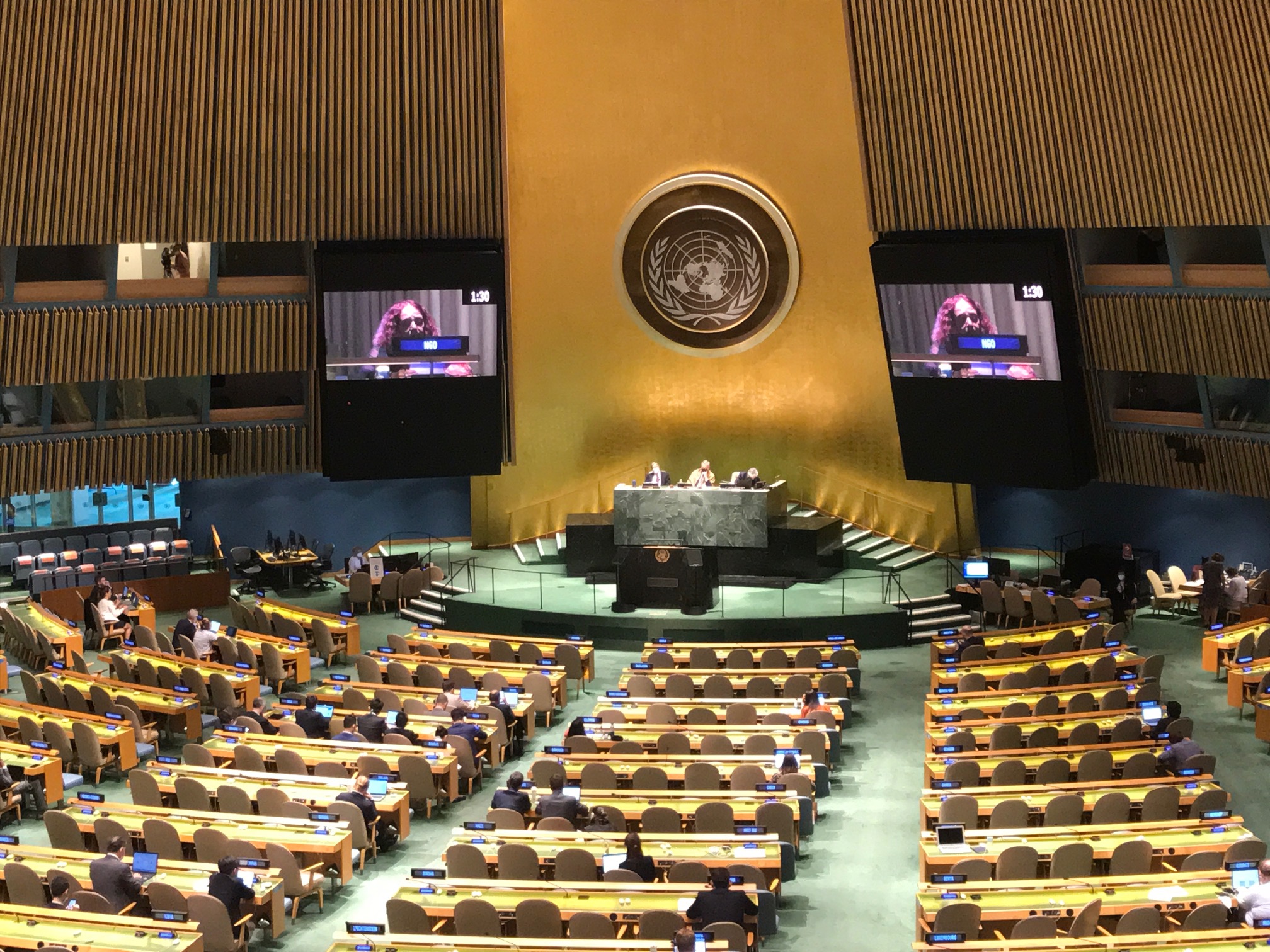 NuclearBan. US, Women’s International League for Peace and Freedom-US and CODEPINK Call for Global Ratification of the Treaty on the Prohibition of Nuclear Weapons

FOR IMMEDIATE RELEASE: NuclearBan. US, The Women’s International League for Peace and Freedom-US and CODEPINK view the failure of the 10th Review Conference of the Nuclear Non-Proliferation Treaty (NPT) as an opportunity to elevate and support a far more powerful and definitive United Nations agreement. The Treaty on the Prohibition of Nuclear Weapons (TPNW) outlaws the development, testing, production, acquisition, stockpiling, use and threatened use of nuclear weapons. This treaty was entered into force in 2021 and initially ratified by 50 non-nuclear countries. Since then, sixteen other nations have ratified it. Eighty-six nations are signatories.

As international and domestic organizations with hundreds of thousands of supporters, we call on the United States and all nations of the world to become signatories to this landmark treaty to declare nuclear weapons illegal.

The month-long August NPT Review Conference, set against the backdrop of Russia’s disastrous invasion of Ukraine, saw the five most heavily armed nuclear weapons states–Russia, US, UK, China and France-refuse to implement the treaty’s Article I and VI obligations to decrease and eventually eliminate nuclear arsenals.

To the conference’s parties, the US State Department professed the “NPT will remain a fundamental and irreplaceable cornerstone of the rules-based order.”  One wonders to which rules-based order the State Department refers; certainly not the rules in the Nuclear Non-Proliferation Treaty, which both the US and Russia signed in 1968 only to abandon the principle rules to pursue nuclear disarmament.

The State Department’s words referencing “rules” and “order” ring hollow in the face of a near two-trillion dollar decades-long plan for US nuclear “modernization.” This term- “modernization” is a euphemism for nuclear rearmament. It references the  development of nuclear warheads many times more powerful than the atomic bombs the US dropped on Hiroshima and Nagaski, annihilating over 200,000 people in three hellish days in 1945.

US nuclear rearmament includes the production of new nuclear weapons–600 land-based Inter Continental Ballistic Missiles on hair-trigger alert in the midwest; a new nuclear cruise missile; a long range strike bomber, a new gravity bomber, new F-35’s and a Sea-Launched Cruise Missile. These last two weapons systems are capable of carrying conventional and nuclear weapons that might confuse an adversary.

China, the United Kingdom, and Russia are among other nuclear-armed states increasing their arsenals, with China reportedly developing 100 new missile silos in the east; the UK redesigning military bunkers to house US nuclear weapons for the first time in 14 years; Russia slated to deploy in Siberia new intercontinental Sarmat missiles, each with up to 15 nuclear warheads capable of reaching a target 11,000 miles away.

Alaska is only 3,000 miles from Siberia.

As the war in Ukraine drags on, the fate of the world hangs in the balance.

The US government cannot call for peace in Ukraine while simultaneously supplying that country with advanced rocket systems and missiles that could lead to a direct war between the US and Russia, the world’s most heavily armed nuclear nations.

We need negotiations, not escalation.

A new study published in Nature Food estimates that even a limited nuclear war between India and Pakistan would kill two billion people, with 27 million burning up in the immediate aftermath, the rest dying from starvation during subsequent dark subzero winters. A nuclear war between the US and Russia would, according to the study, kill 5 billion people, over 60% of the human population.

Researchers predict such a nuclear nightmare would reduce global calorie consumption by 90%.

We must challenge NATO’s opposition to the Treaty on the Prohibition of Nuclear Weapons as an impediment to global security.

We must step back from the brink.

Nuclear nations need to recognize the folly in maintaining their arsenals and in their pursuit of new nuclear weapons–be they short or long range. Any use of these weapons would be catastrophic, not just for the target but for the entire human race. Radiation poisoning and black carbon winters respect no geographic boundaries.

We issue this urgent plea to the governments of the United States, Russia, China, the United Kingdom and all nuclear-armed nations, as well as non-nuclear nations, to sign and ratify the Treaty on the Prohibition of Nuclear Weapons. We must eliminate all nuclear weapons from the face of the earth.