“Eye in the Sky”: Assassination Propaganda from Hollywood 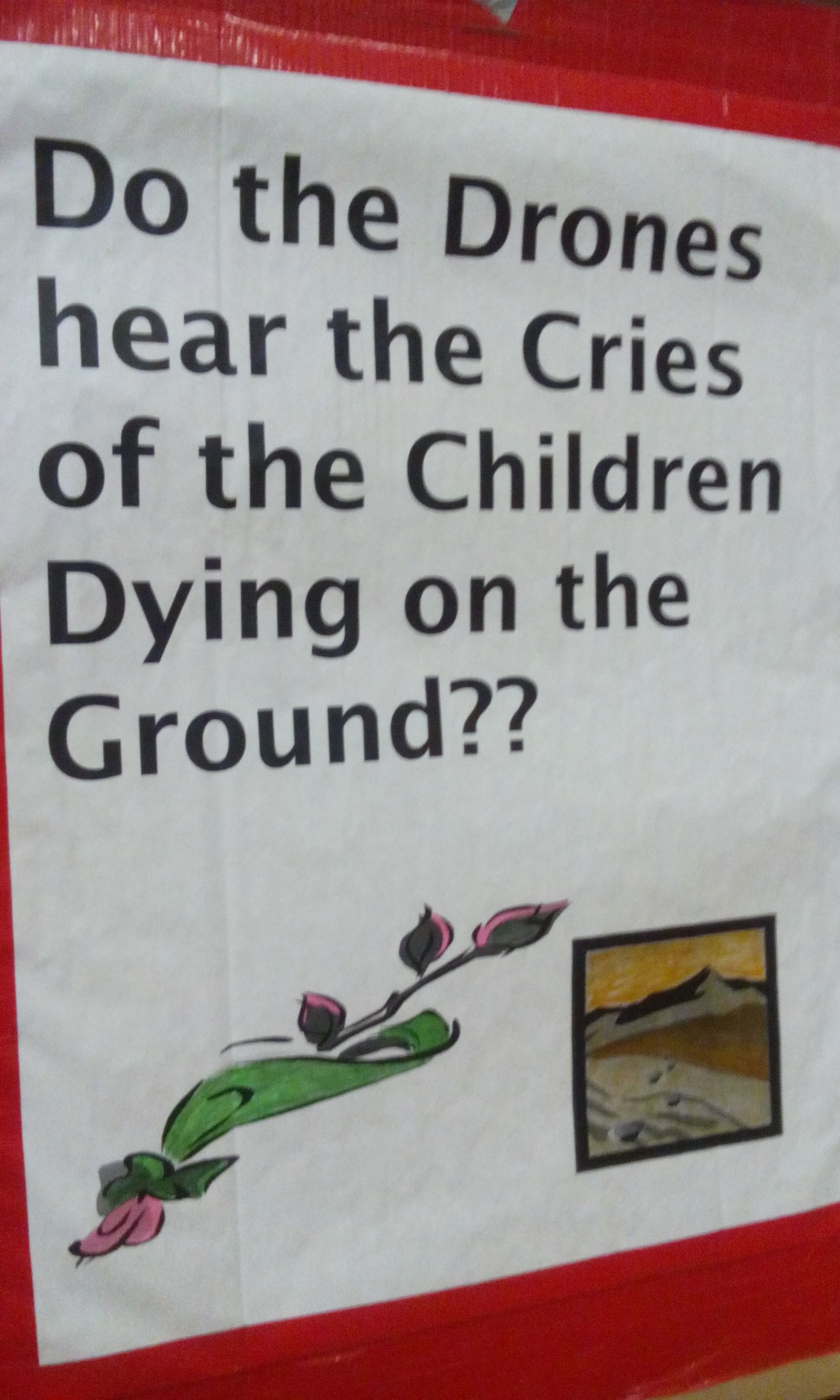 By Scott Wagner and Janet Weil

Director Gavin Hood, who recently helmed one of the “X-Men” movies and other blockbusters, recently turned his talents to a treatment of a single fictional drone attack in Kenya, in the widely distributed movie "Eye in the Sky". It’s received rave reviews. At one level it deserves them, as it's an unusually nuanced morality play for a movie, at least to the extent that it includes military types and politicians wrestling with issues of killing civilians. The nearly two-hour film also weighs right and wrong with a loosely liberal set of values, represented by second-tier characters. Half the movie is focused on whether a Kenyan girl selling bread is going to be killed or not.

All good, right? No; not at all. It turns drone attacks into something liberals might think are just great, definitely worth it, even if things get understandably a little messy. It bears no resemblance to a reality where the U.S. kills more non-combatants than combatants, with some estimates (even by conservatives) at up to ten times as many civilians killed as terrorists. In a world where "terrorist" could mean absolutely anything. And none of that includes exported bombs and operations like the 45-man U.S. targeting team that helps our allies, the Saudis, with their drone and missile attacks; and who may have helped them kill 107 Yemenis to get at 10 “terrorists” in April 2016, by attacking a whole market. That strike included the trick of catching the survivors and rescuers with the second missile, or so-called “double-tapping.”

The plot of "Eye in the Sky" is a gussied-up, pure sell-job. While live video from an insect-sized and -shaped drone on the wall shows militants, including most improbably a blonde English woman who’s gone over to the other side, suiting up for a suicide bombing, in a room with "#2, #3, and #5 on the East Africa list", a little girl is selling bread nearby. “Do we fire the missile?” But she might die, and she plays with hula hoops, she's extra human… “Well, Corporal, what's the likelihood of death?” demands lead actress Helen Mirren as Colonel in a version of her irritable queen persona, familiar from her earlier films. “We can't go ahead until her probability of death is under 50%”...on and on, with bald contrivance, bearing no relation to the reality of brutal, indiscriminate death.

Cut to the American pilot (young, handsome, male) and spotter (young, pretty, female) of the U.S. killer drone stopping the show due to moral concerns, crying, and otherwise agonizing over the likely injury and potential death of this single African girl. In response to this revolt by the pilot–which in reality might’ve gotten him a quick yank and a court martial–the U.K. members of the international killer drone team have a undercover agent, a Somali, risk his life to buy the kid’s bread so she'll leave. But that doesn't work, because Hollywood needs her there for another 45 minutes while the bad guys might get away.

The plot took care of the possibility that such careful drone strikes would be unbelievable to most viewers. How? By putting the Brits in charge of the killing, as they do far fewer drone strikes, and allegedly more carefully. The film portrays them explicitly as more humane than the Americans. Except that the conscience-stricken pilot and spotter, half the approvers and bosses, and all the equipment were American, so they could sell the movie here anyway.

The viewer is led to believe that the only moral concern of the team is whether or not there are potential innocents injured, when that has nothing to do with the normal moral calculus, which is more along the lines of “Can we kill someone who might be a terrorist?” We’re fed the careful, dispassionate legitimation of war from afar; the new cleanliness, the better perspectives from live feeds from multiple flying cameras. The film purports to show how the information age leads mechanistically to the right decisions, because everyone cares, and facts are finally indisputable now.

At the end, there's a little speech to the lone, symbolic, unreasonable civilian staffer from the U.K. government, by the British general, played by Alan Rickman. In closeup, sadness waggles at us from his ears, nose, and mouth: "Never tell a soldier that he doesn't understand the costs of war." The general grimly states that he has had to monitor clean up after 5 suicide attacks, a horrific duty that the civilian character, and by extension the audience, has never had to perform. “I know the reality, so you shut up now” is the unmistakable final argument in the film.

This is after Rickman spends two hours doing nothing but finding inventive ways to say "Are we go yet?" It's the apotheosis moment of the movie, designed to key us in that 1) they know what they're doing, 2) they feel every drop of compassion you do, and then some, and 3) you're always butting in with stupidity because you don't get points one and two. Remind you of being a police brutality activist, or an anti-war activist on other issues?

That final manipulation was just too much. Alan Rickman, you negated a whole lifetime of wonderful acting; shame on you for doing this movie, for taking blood money to spew a corkscrewed reality at our confused, distracted, and removed country. Helen Mirren, it will be difficult to forget you taking money to pretend to be an officer-in-charge, who in real life would've had a whisker of that care when targeting a "terrorist". And to the actors playing the fictional weepy pilot and spotter, the other actors, the crew, and the producers of this excrement: enjoy the money, and the fawning reviewers; enjoy the privilege.

Not a single reviewer of all the ones we read picked up on any of the ironies and lies of the movie. Which means that this movie was the ultimate propaganda success.

Fortunately, these manipulations have finally been answered resoundingly with the recent release of clear-eyed testimony that puts the lie to this propaganda. "Drone", released late last year, is a documentary mostly about Pakistani drone killings and surveillance. To grasp the big picture, the book "A Theory of the Drone", by French philosopherGrégoire Chamayou, reveals how war is morphing into operations centered on secret assassinations. Medea Benjamin, author of “Drone Warfare: Killing by Remote Control,” said, “Chamayou is brilliant…masterful at unmasking just how ethically bankrupt and dangerous it is to kill people by remote control.” May we all do the same with our friends and representatives, as long as these murders happen in our name and with our tax dollars. This fact sheet may prove helpful.

Scott Wagner is a police brutality activist in Sonoma County, CA. He is the author of "The Liberal's Guide to Conservatives", to be published in June, 2016, and the founder of the nonprofit Reach the Right, dedicated to teaching liberals about conservative psychology, and doing effective outreach to them.

Janet Weil is a CODEPINK national staffer in the SF Bay Area. In July 2009, she helped to start CODEPINK’s Ground the Drones campaign at Creech Air Force Base north of Las Vegas, Nevada, and has participated in several vigils and actions at Creech AFB over the past 7 years.