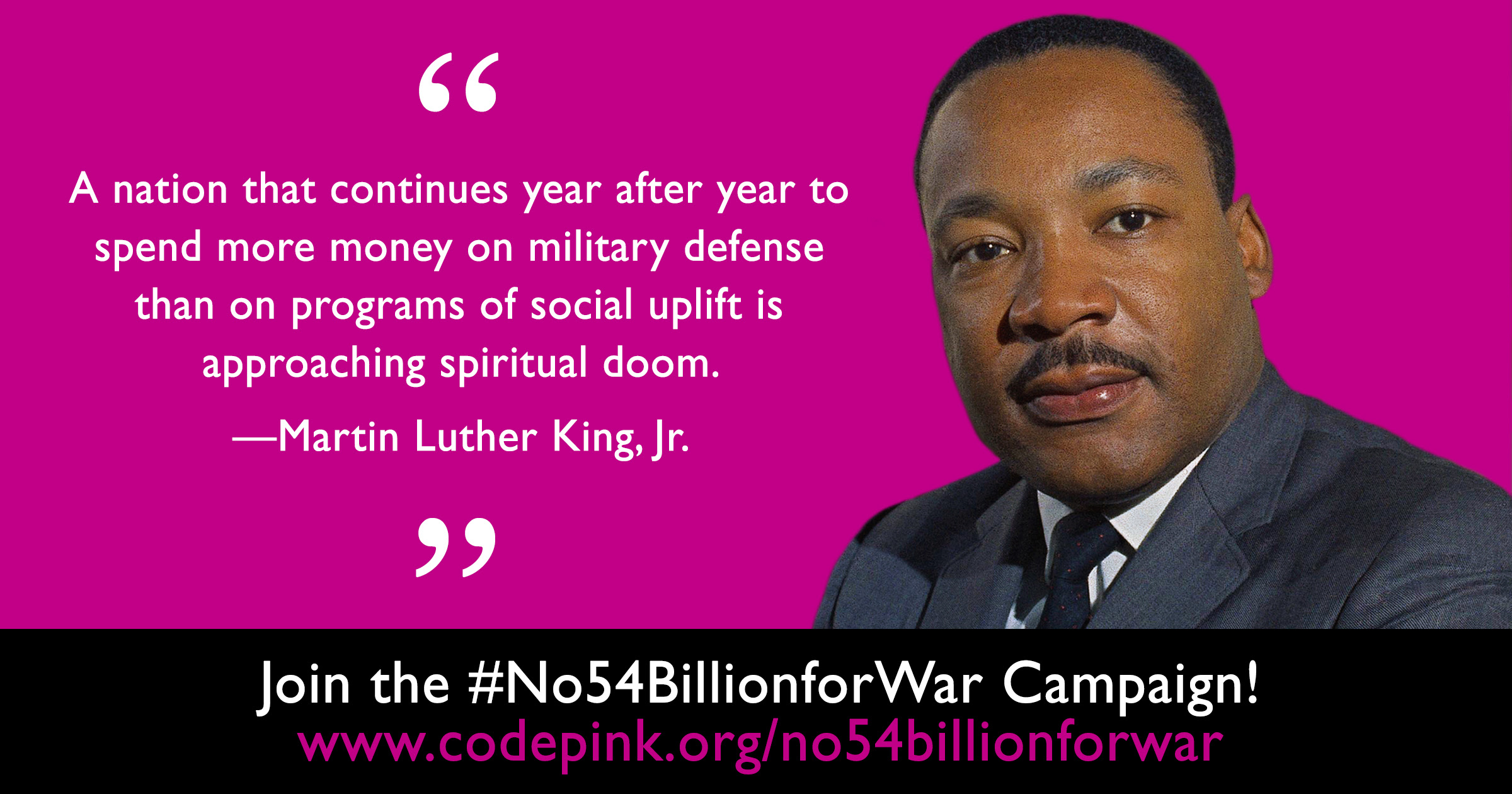 Today, April 4th, marks 50 years after Martin Luther King's profound speech "Beyond Vietnam: A Time to Break the Silence,” a speech that recognized the urgent need to end militarism and war. Dr. King called for a revolution of values, and with the Trump administration’s budget proposing to take an extra $54 billion from urgent social and environmental needs to feed the already bloated Pentagon, we certainly need a revolution of values.

We are also launching a campaign to get cities around this country to pass resolutions that say money going to war and militarism should instead come back to the cities for human and environmental needs. New Haven, CT, Charlottesville, VA and Montgomery County, MD have already passed resolutions. We want to help you organize in your town or city. See steps you can take to pass a city resolution, and contact [email protected] for more help. Our goal is a victory at the Mayors Conference in June; when a resolution to bring the money home to our cities comes from the Mayors to Congress.

Dr. King would have been appalled at Trump’s call to slash the budgets of theEnvironmental Protection Agency (even threatening to shut down its already under-funded environmental justice office), the Department of Health and Human Services (slashing family planning and anti-violence-against-women programs), the State Department (thus privileging war over diplomacy), and foreign aid (so that the wealthiest country in human history turns its back on the world's most desperate).

P.S. Don't forget to donate your lunch money and/or pledge to fast on April 13 to help the people of Yemen!