Co-Sponsor The Foreign Policy for the 21st Century Resolution! 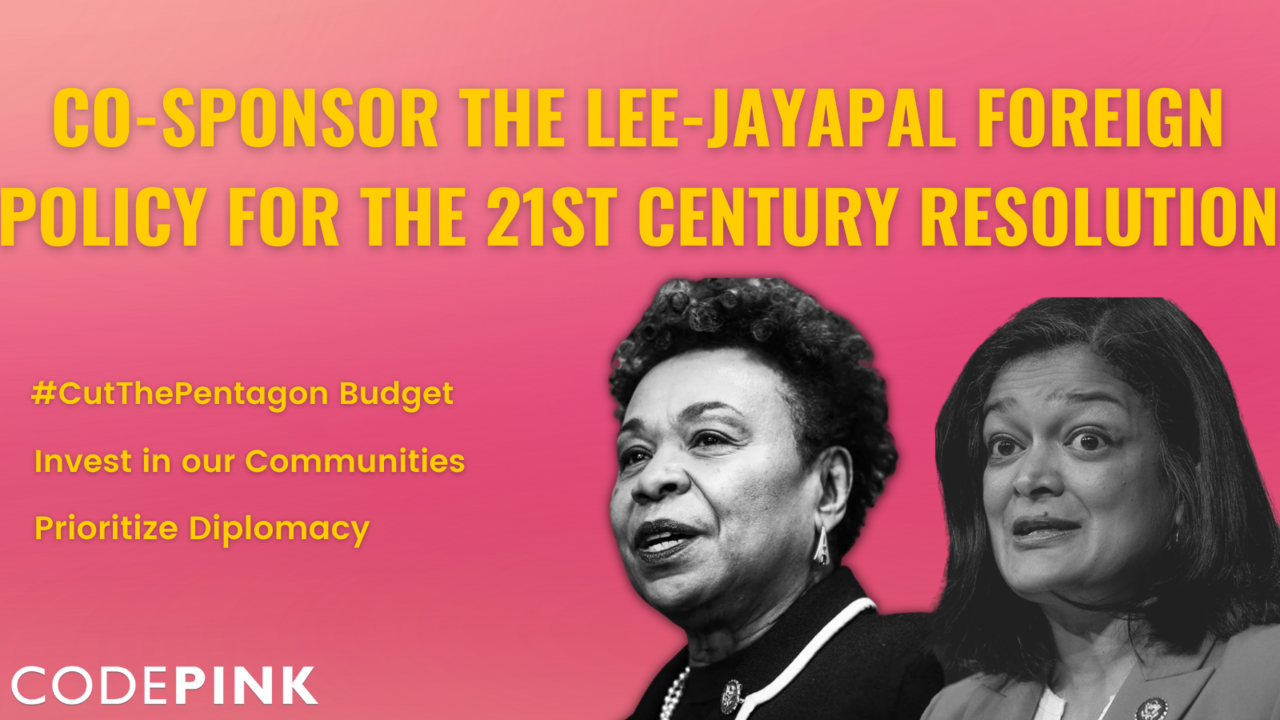 The resolution specifically calls for cutting waste, fraud, and abuse in defense spending and security assistance while returning the power of war-making to elected officials, implementing arms controls and nuclear nonproliferation, and ending the use of broad-based, sectoral sanctions. It also calls for investing in diplomacy, international justice and cooperation, peacebuilding, and green development while cutting security assistance and weapons sales to human rights abusers

DIVEST FROM THE WAR MACHINE