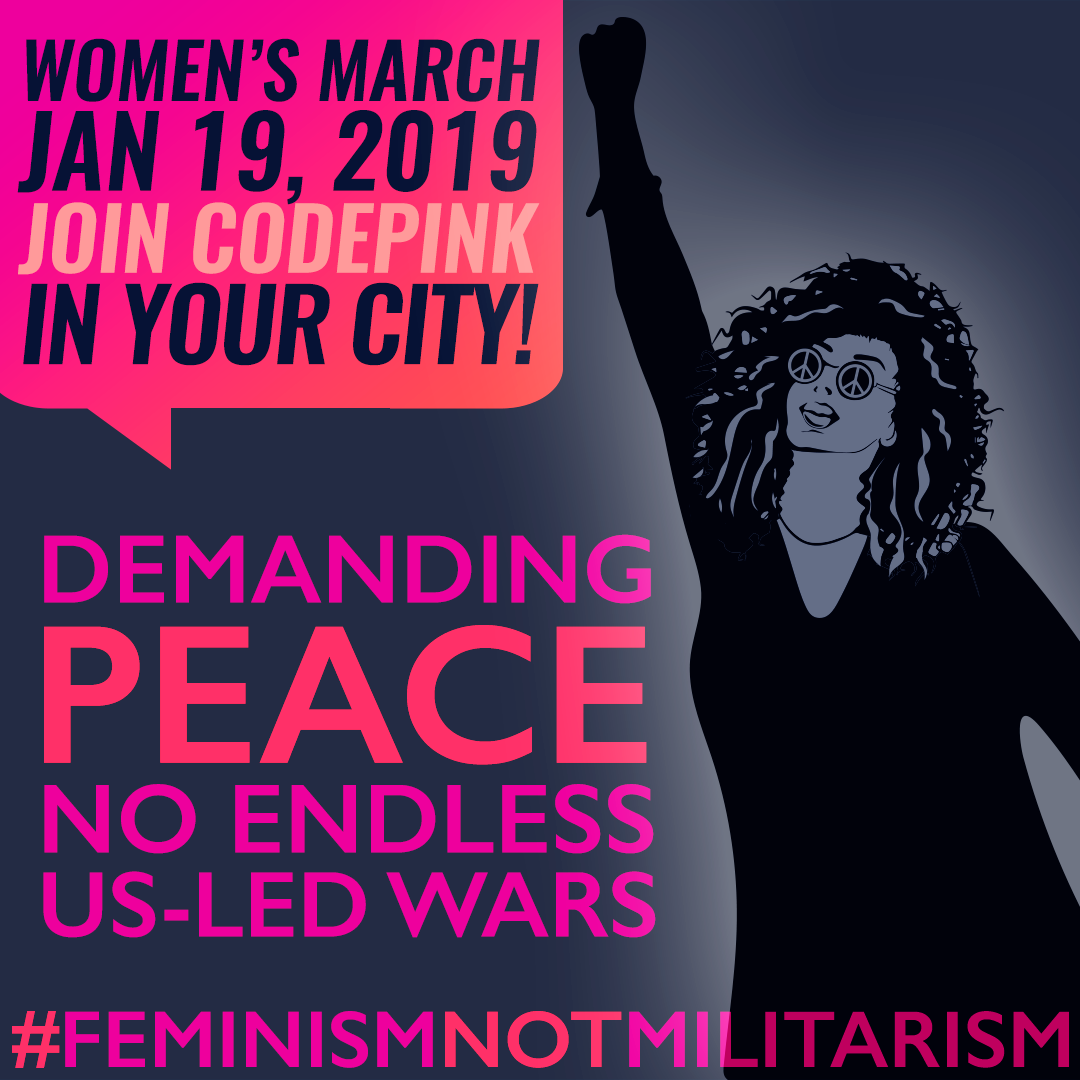 We are just a few days away from the third annual Women’s March!

Click any of the locations below to join us in the cities we are marching in to send us a quick email! See you in the streets!

This year, join CODEPINK as we march to rally behind some of the most radical and diverse Congresswomen in our history who are poised to pass monumental legislation like the Green New Deal and put an end to U.S. support for the Saudi-backed war on Yemen.

Add these messages as you create your visuals and post a photo on social media so we can add to our stream with #FeminismNotMilitarism and #DivestFromWar and be sure to tag @CODEPINK on Twitter, Instagram, and Facebook!

Asylum seekers from Central America, who are themselves, victims of the war economy, are being turned away at the border and forced to live in inhumane conditions while Trump holds the federal budget hostage to build a border wall using the same surveillance technology employed by the Israeli government.  But weapons’ companies like Elbit Systems, Lockheed Martin, Boeing, Raytheon, General Dynamics and Northrop Grumman never have to worry where their next paycheck is coming from-- they’re always making a killing on killing! These are the values of a war economy — not the peace economy we want to grow.

We can divest from the war machine and build a world for feminism not militarism. Check out where the 2019 Women’s March is in your city and print out our quarter page flyers to share the message.

One of the most important ways we can put an end to our War Economy is by putting an end to the countless wars the United States engages in across the globe. We’re sending a message to Democratic leaders Nancy Pelosi and Chuck Schumer to support the withdrawal of troops from Syria and Afghanistan and to stop the deadly bombing campaign the U.S. has unleashed on the Middle East for the past 17 years.

Now get on your CODEPINK gear get and out to the streets in the 2019 Women’s March with our quarter page flyers to divest from war and demand feminism not militarism.