Bring the Troops Home, But Also Stop the Bombing 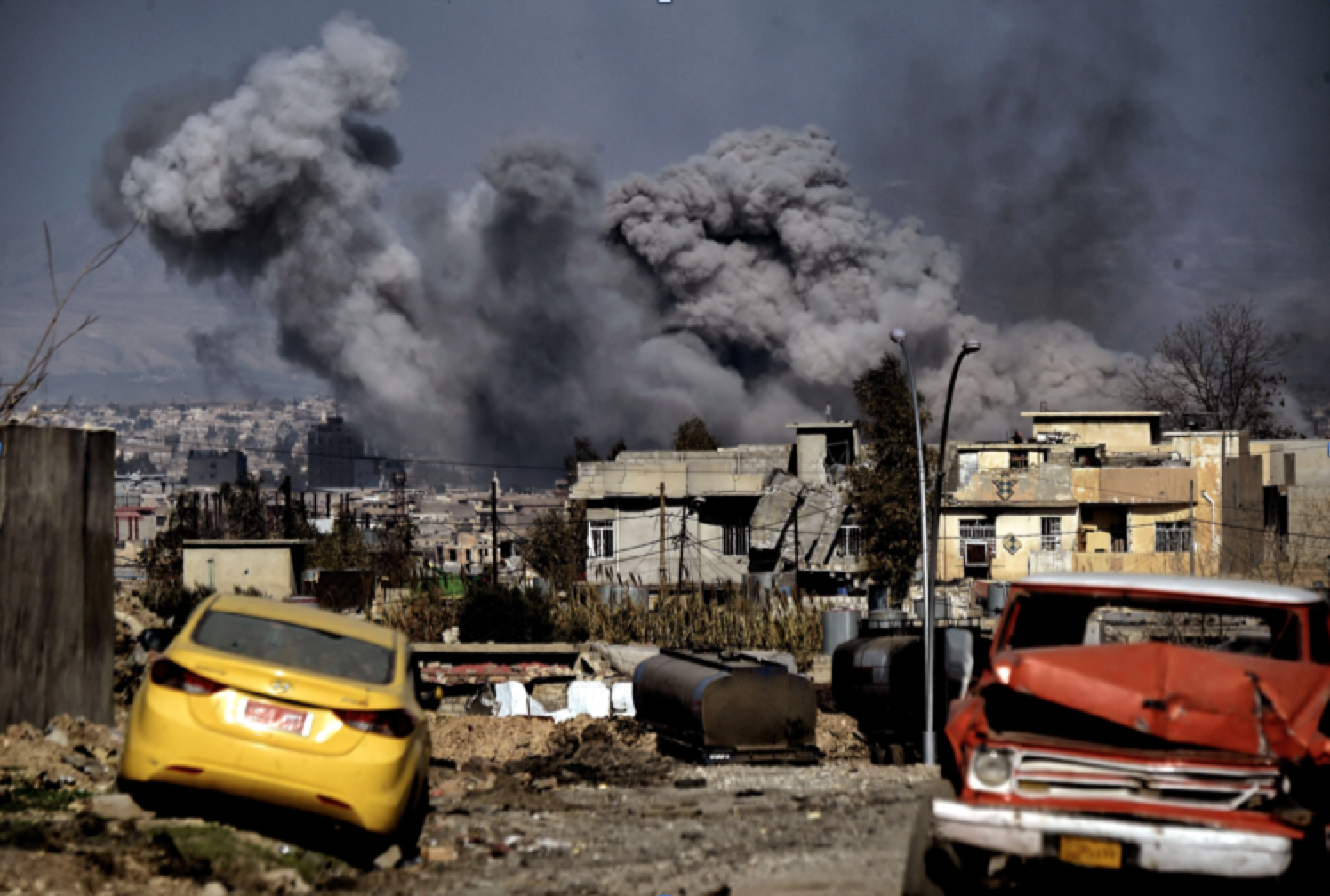 In this "war on terror," the U.S. and its allies have dropped a staggering 291,880 bombs and missiles on other countries.

As our nation debates the merits of President Donald Trump's call for withdrawing U.S. troops from Syria and Afghanistan, absent from the debate is the more pernicious aspect of U.S. military involvement overseas: its air wars. Trump's announcement and General James Mattis' resignation should unleash a national discussion about U.S. involvement in overseas conflicts, but no evaluation can be meaningful without a clear understanding of the violence that U.S air wars have unleashed on the rest of the world for the past 17 years.

By our calculations, in this "war on terror," the U.S. and its allies have dropped a staggering 291,880 bombs and missiles on other countries—and that is just a minimum number of confirmed strikes.

As we contemplate that overwhelming number, let's keep in mind that these strikes represent lives snuffed out, people maimed for life, families torn apart, homes and infrastructure demolished, taxpayer money squandered, and resentment that only engenders more violence.

After the horrific crimes of September 11, 2001, Congress was quick to pass a sweeping Authorization for the Use of Military Force (AUMF). While three presidents have claimed that the 2001 AUMF legally justifies these endless wars as a response to the crimes of 9/11, no serious reading of the authorization could interpret it that way. What it actually says is:

As former Nuremberg prosecutor Benjamin Ferencz told NPR a week after 9/11: "It is never a legitimate response to punish people who are not responsible for the wrong done... We must make a distinction between punishing the guilty and punishing others. If you simply retaliate en masse by bombing Afghanistan, let us say, or the Taliban, you will kill many people who don't believe in what has happened, who don't approve of what has happened."

And yet here we are, 17 years later, mired in wars in which we are bombing ever more "nations, organizations, (and) persons" who had absolutely nothing to do with the crimes committed on September 11. We don't have a single real or lasting success we can point to in 17 years of war in 7 countries and "counter-insurgency" operations in a dozen more. Every country the U.S. has attacked or invaded remains trapped in intractable violence and chaos.

Please look at this chart, and take a few moments to reflect on the mass destruction it represents:

These figures are an absolute minimum of confirmed strikes, based on U.S. Airpower Summaries for Afghanistan, Iraq, and Syria; the Bureau of Investigative Journalism's count of confirmed drone strikes in Pakistan, Somalia and Yemen; the Yemen Data Project's count of Saudi-led airstrikes on Yemen; and other published statistics. Figures for 2018 are through October for Iraq, Syria, and Afghanistan; through November for Yemen; and incomplete for other countries.

There are several categories of airstrikes that are not included on this chart, so the real total is certainly much higher. These are:

The U.S. public soon lost its appetite for sending our own sons and daughters to fight and die in all these wars. So, like Nixon with Vietnam, our leaders reverted to bombing, bombing, and more bombing, while small deployments of U.S. special operations forces and larger numbers of foreign proxies do most of the real fighting on the ground.

Our enemies call us cowards, especially when we use drones to kill by remote control, but more importantly, we are behaving like arrogant fools. Our country is acting as an aggressor and a bull in a china shop at a critical moment in history when neither we, nor the rest of the world, can afford such dangerous and destabilizing behavior from a hyper-militarized, aggressive imperial power.

After U.S.-led bombing, artillery, and rocket fire destroyed two major cities in 2017, Mosul in Iraq and Raqqa in Syria, the U.S. and its allies conducted fewer airstrikes in 2018, but actually increased the number of strikes in Afghanistan.

We are heading into 2019 with new initiatives to reduce U.S. military involvement overseas. In Yemen, that initiative is the result of massive grassroots pressure on Congress, and is being done in opposition to Trump's continued support for Saudi aggression in Yemen. In the case of Syria and Afghanistan, it is coming from Trump himself, with broad popular support but bipartisan opposition from Congress and D.C. elites.

Those who are part of the bipartisan war consensus should reflect on the growing public awareness of the murderous futility of U.S. overseas wars. A survey by the Committee for a Responsible Foreign Policy revealed "a national voter population that is largely skeptical of the practicality or benefits of military intervention overseas." Donald Trump seems to realize this public disdain for endless war, but we shouldn't let him get away with reducing U.S. troop presence but continuing—and in some cases escalating—the devastating air wars.

A good New Year's resolution for the United States would be to put an end to the wars we have been engaged in for the past 17 years, and to make sure we do not allow the same military madness that got us into this mess to sucker us into new wars on North Korea, Iran, Venezuela, or other countries. Yes, let's bring the troops home, but let's also stop the bombing. Sustained advocacy toward the Trump administration and the new Congress by peace-loving Americans will be critical if we are to fulfill this resolution.