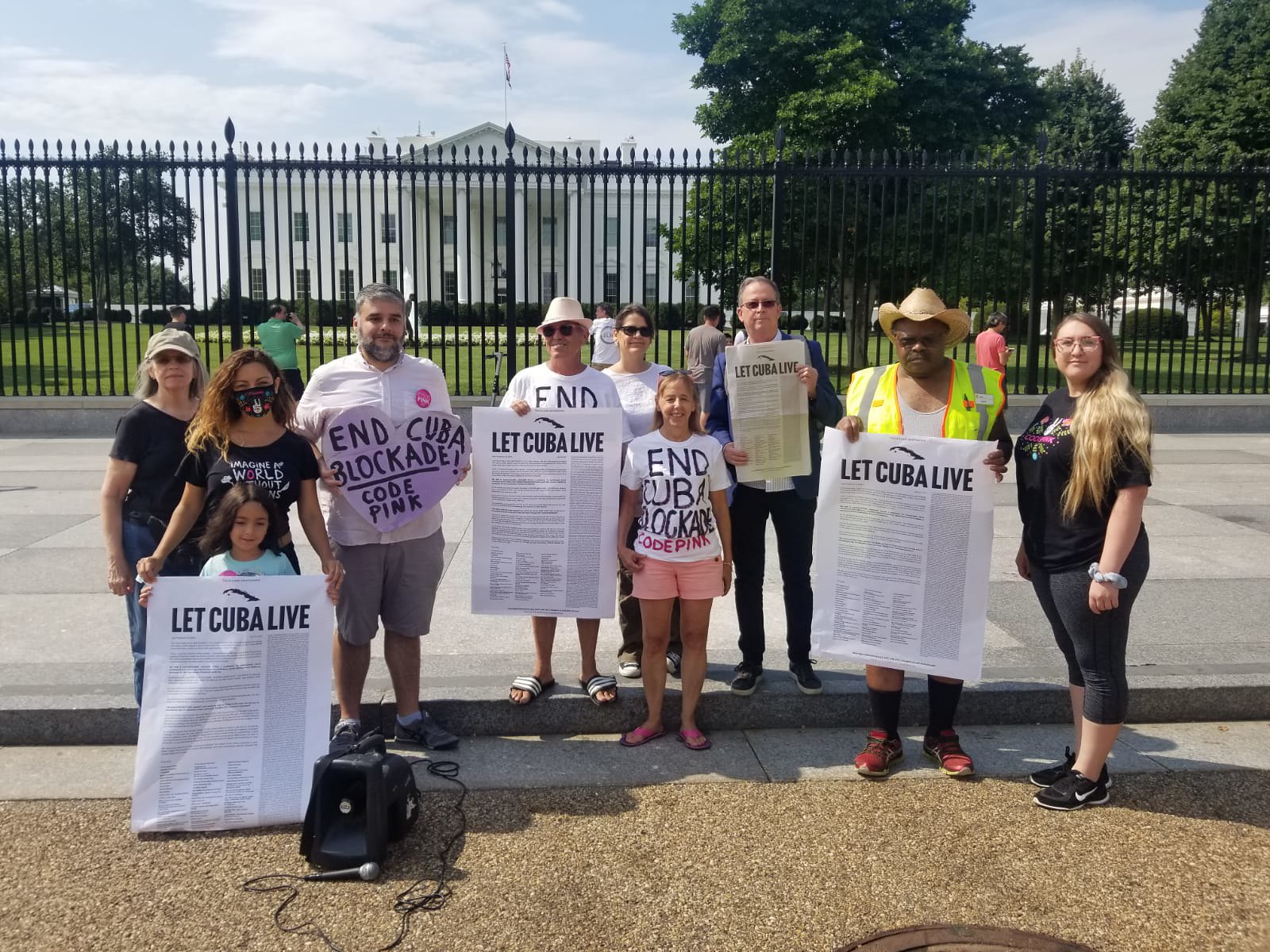 We are thrilled that we’re seeing progress on Cuba in Congress. On December 16, 114 members of Congress sent a letter to President Biden calling on him to address humanitarian needs caused by Covid-19 and the Trump sanctions. The letter also urges the Biden administration to return to a policy of engagement with Cuba.

Nearly 2,000 CODEPINKers called or wrote their members of Congress and asked them to sign onto the letter. Working with ACERE, Just Foreign Policy, the Latin America Working Group and others, we flooded Congress with calls and messages to staffers, explaining the urgency of the situation.

Friends, let’s celebrate this important win! Join us for a Zoom gathering on Wednesday, December 23 at 7:30pm ET/ 4:30pm PT. We’ll watch an episode of Belly of the Beast's amazing documentary “The War on Cuba” and follow that up with a discussion about the film and the letter. Click here to RSVP!

Following the July 11 protests in Cuba, the political landscape here shifted way to the right. This letter represents a shift in the other direction, a shift towards peace. How did it happen? How did we get over half of the Democrats in the House to push Biden on Cuba? We did it through people power. Check out this video about the letter and how we got so many Democrats to sign!

After the film, we’ll chat about the lessons learned during the push to get our members of Congress to sign. RSVP here!

The work on Cuba that CODEPINKers have done this year has been amazing! Earlier this year, we sent 6 million syringes to Cuba in coalition with several organizations, boosting its vaccination campaign. Then we sent 18,000 pounds of food in November, helping families deal with inflation caused by the Trump sanctions. This wouldn’t have been possible without the support of people like you.

P.S. Big elections today in Chile! Left candidate Gabriel Boric is facing off against far-right candidate Jose Antonio Kast. The latest polls have them neck and neck at 50% each! Look this week for a post-electoral analysis on WTF is Going on in Latin America & the Caribbean with host Teri Mattson and guest Patricio Zamorano, director of Council on Hemispheric Affairs.