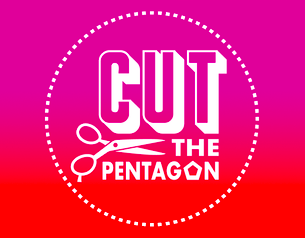 Let's Cut The Pentagon! For People, Planet, Peace and a Future!

Join us, 20 years after the response to 9/11, to launch a daily campaign to Cut The Pentagon!

We will have a teach-in in front of the White House, followed by a march to McPherson Square to serve the unhoused from the cuttings off the Pentagon. Ben & Jerry's will be donating ice cream!

Who Will Be There?

Want to Join the Cut The Pentagon Coalition? Sign your Organization up here!