Tuesday, May 4 Capitol Calling Party: Divest from the War Machine 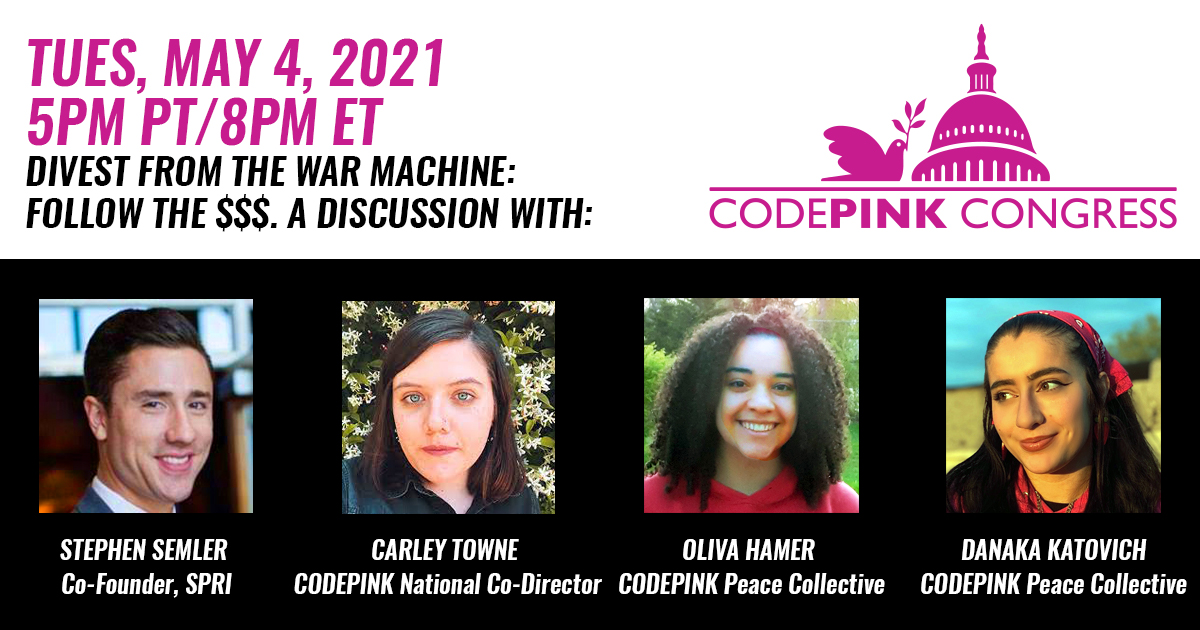 On Tuesday, May 4, CODEPINK Congress will be led by two special co-hosts, Danaka Katovich and Olivia Hamer of the Peace Collective. We will be joined by two guests:

Carley Towne is CODEPINK’s national co-director and leader of its Divest from War campaign. Carley graduated from the University of California in San Diego with a degree in critical gender studies and political science. Carley will update us on outreach to urge investors, universities, religious organizations, retirement funds, and mutual funds to divest from war, share CODEPINK’s recommendations for cuts to the military budget, and explain the thinking behind the Divest from the War Machine pledge.

Stephen Semler is co-founder of the Security Policy Reform Institute, a grassroots-funded think tank promoting a working-class approach to US foreign policy. Before that, he gained extensive knowledge of the formulation of the US military budget through his experience working for a Capitol Hill-based government relations firm. While living in Beirut, Stephen worked for Mercy Corps' Humanitarian Access Team, which conducted analysis to inform the delivery of humanitarian relief by non-governmental organizations in the context of the conflict in Syria.

Together, we will learn who in Congress is taking the most money from military contractors and whether there is a correlation between these congressional representatives and their votes for militarism. Please RSVP for the Zoom information!