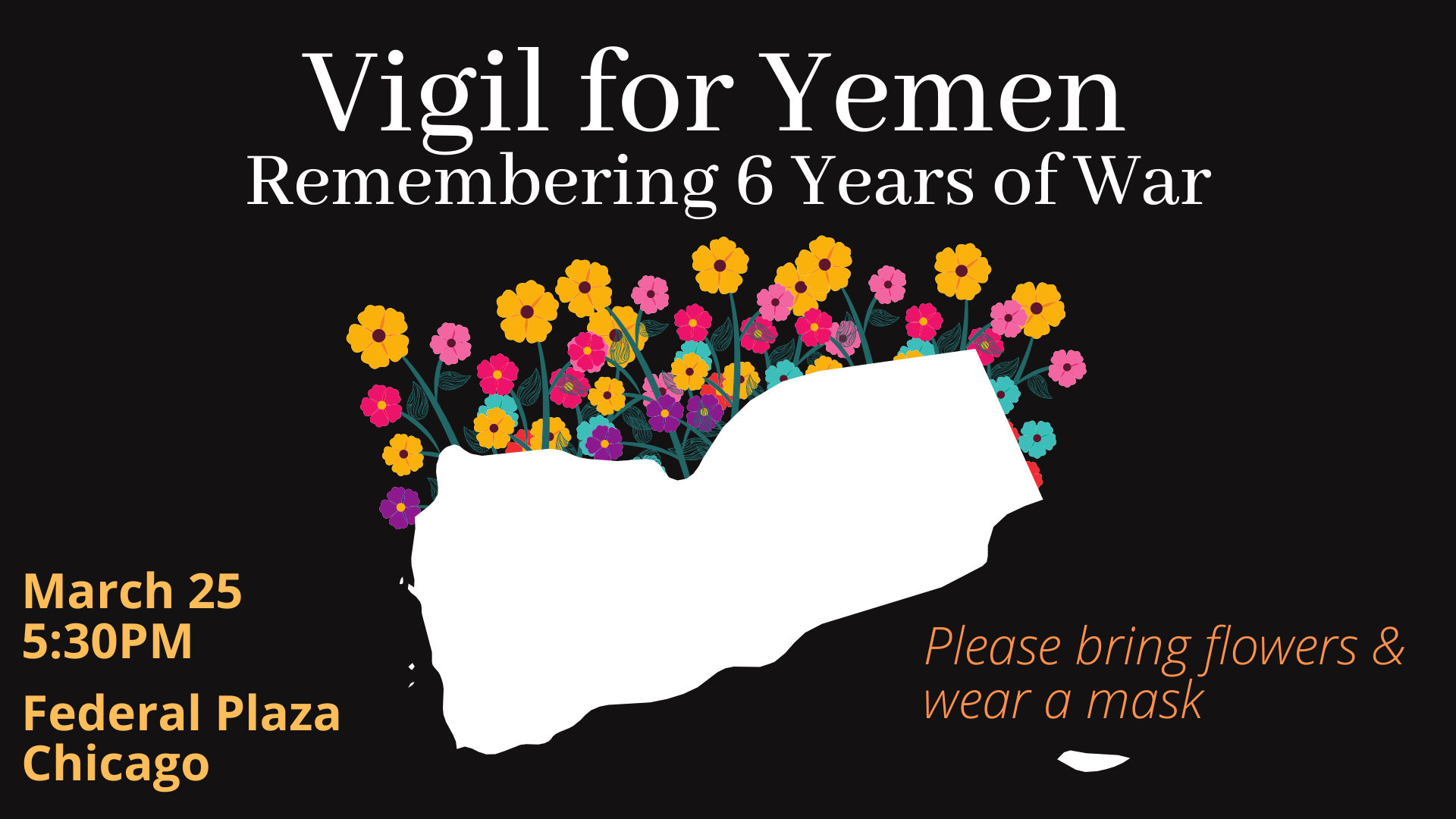 March 25th is the sixth anniversary of the Saudi-led and US-supported war on Yemen. We will gather in Federal Plaza on March 25th, socially distanced and masked, to remember those harmed by this war. With US support, the war has created the world’s worst humanitarian crisis. We will mourn the lives lost, call attention to the millions of Yemenis still at risk of famine, and honor those who are internally displaced within Yemen due to this war.

We encourage attendees to bring flowers to lay down to honor and remember the countless innocent people who have been killed or starved over the last six years. Attendees will have a chance to write notes of support people in Yemen, which will be sent to Yemen Relief and Reconstruction’s office in Yemen.