Your calls and emails worked! 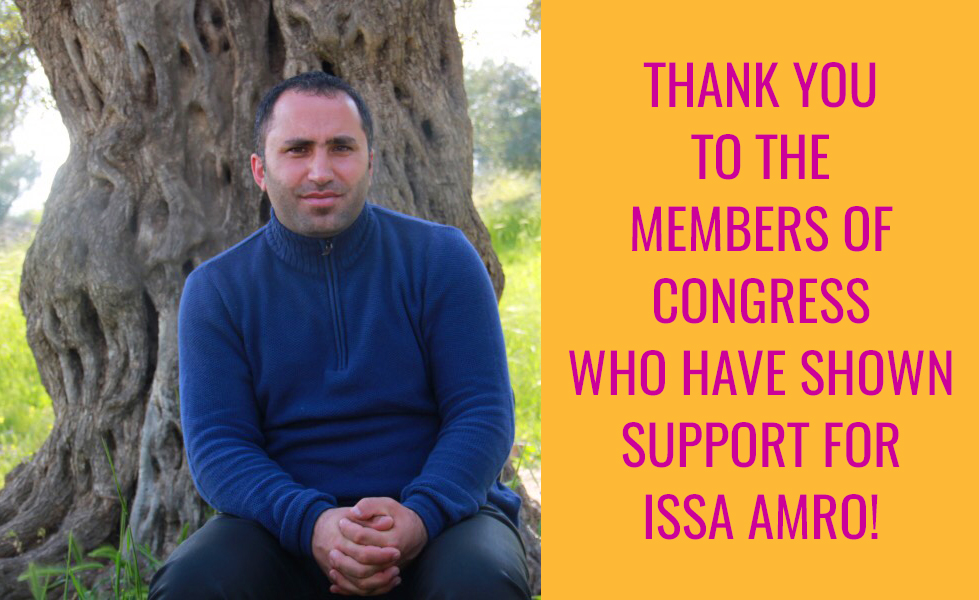 Yesterday I was given strength to continue my struggle for Palestinian rights. In an extraordinary show of support by the US Congress, 32 members issued a letter to Secretary Tillerson calling for Israel to end their persecution of me.

Help me say thank you to the 32 Congress members who signed the letter on my behalf. It is rare for members of US Congress to stand up for the rights of Palestinians. That 32 members of Congress signed is historic!

All of the 18 charges I am facing in Israeli military court are for my nonviolent human rights work. Israel intends to use the 99.7% conviction rate of its military court to put me away because, as Israel Defense Minister Amos Gilad told American officials in 2011, “We don’t do Gandhi very well.” Israel knows the power of nonviolent action to create change, and that is why they are trying to put me in prison. But now, with you and progressive members of Congress speaking out for me, I have new hope

Join me in saying thank you to the members who signed the letter.

My trial begins on July 9. I face several years in prison for my nonviolent activities. This Congressional letter is critical because it shows the Israeli officials that members of the U.S. government are watching.

I was born into occupation and have lived my entire life without freedom. Rather than accepting this, I have dedicated my life to fighting for my people’s freedom. Your calls and emails to Congress asking them to sign the letter in support of human rights helped make this moment happen. Please join with me in celebration and gratitude.