YOU can make it happen! 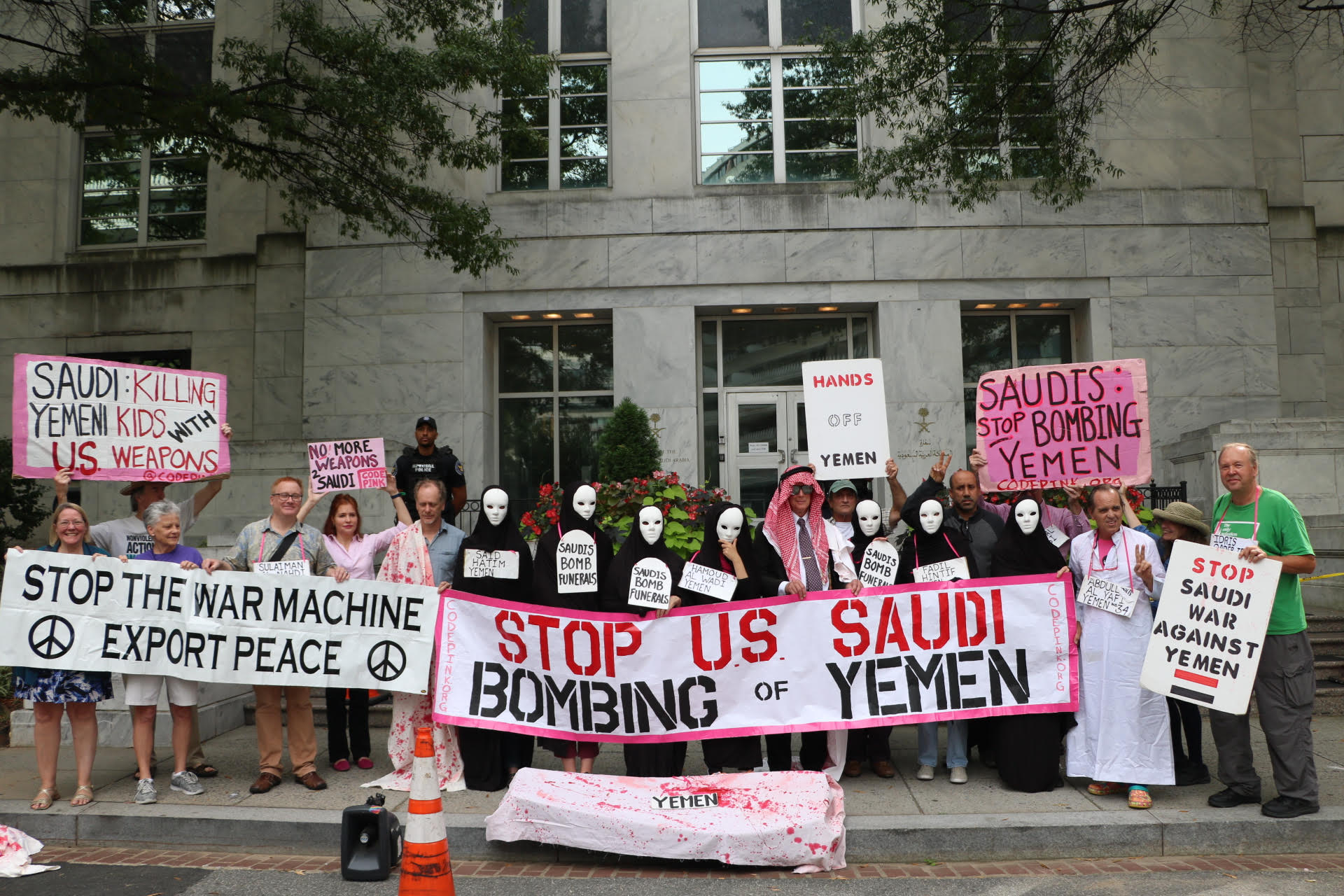 Today we were outside the Saudi Embassy—facing the Secret Service, the DC police, and Saudi security police—as we carried out a solemn commemoration of the tragic Saudi bombing of a funeral in Yemen one year ago that killed 140 and wounded 500. While our nation mourns the senseless killing in Las Vegas, we wanted to bring forth the senseless killing that the US is participating in, every day, in Yemen.

US participation in Saudi Arabia’s war in Yemen is causing a humanitarian catastrophe that is manmade. Now there is a vehicle to stop it. The Khanna-Massie-Pocan-Jones bipartisan resolution (H. Con. Res. 81) is a rare opportunity for Congress to say NO. We have just one week before this resolution is debated and voted on. Tell your congressman this is the time to take a stand. Either they are on the side of killing innocent people with blood on their hands or on the side of humanity.

The ongoing US-backed Saudi war in Yemen has killed thousands, forced millions to flee their homes, resulted in the world’s worst cholera outbreak, and left 7 million people at risk of starvation. American-made bombs, dropped by American made planes and refueled by American military forces, have been used by the Saudis and their allies to destroy crops, cut off access to ports, and wreak havoc on the people of Yemen. This war could not happen without American support. We can stop this if we can raise the will of those in Congress.

The time to act is now and for the next seven days. Tell your member of Congress they must vote to end US engagement in the war on Yemen. Tell them to join the other members in support of H. Con. Res. 81

What is happening between Yemen and Saudi Arabia will need to be resolved at a peace table, but US military engagement delays that from happening and prolongs the human suffering. Let your members of Congress know you will hold them accountable for the blood on their hands. 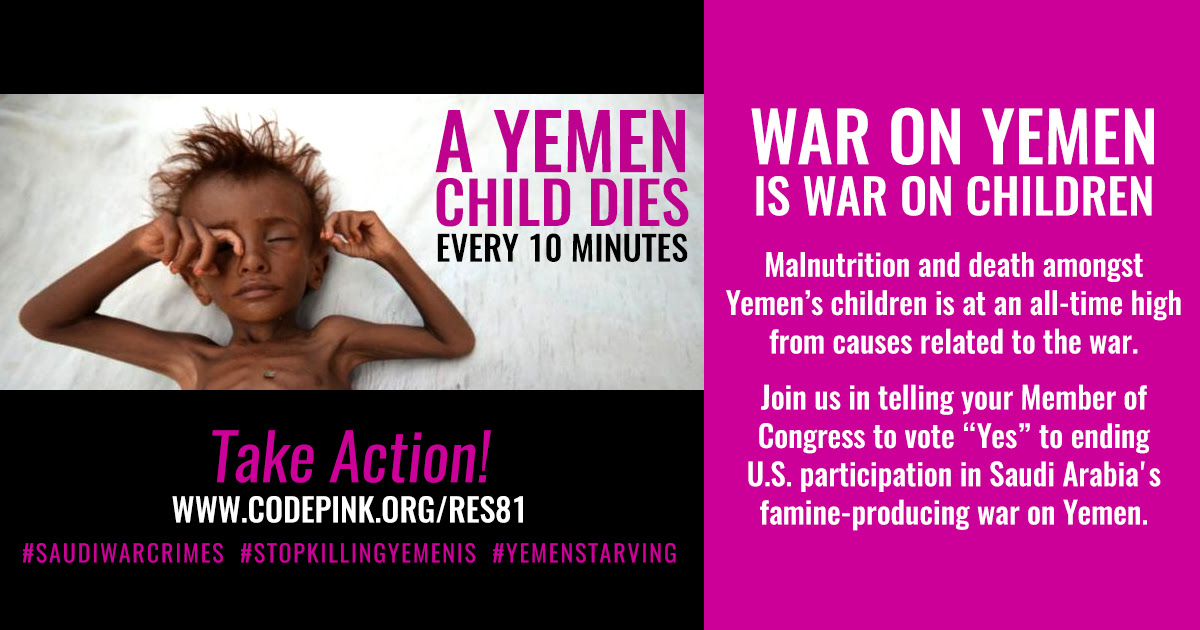 Thank you for acting to end war!
Medea Benjamin and the entire CODEPINK Team

P.S.  Come learn more about how we can Divest from the War Machine, October 21 in WDC and read Medea's latest article: From a Concert in Las Vegas to a Funeral in Yemen, We Must Stop Mass Murder, as well as this piece by Kathy Kelly: Great Hunger.