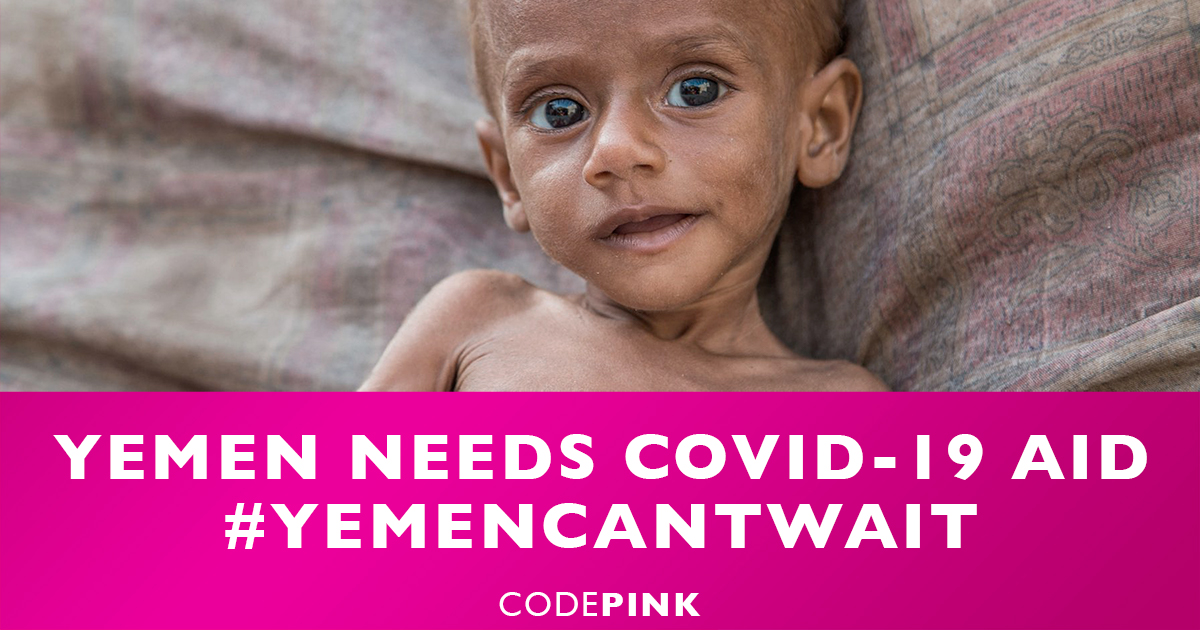 The coronavirus pandemic, the Black Lives Matter movement, the upcoming election — we know there is plenty on everyone’s minds right now. But we must not forget about another historic event happening right now: the war in Yemen.

Yemen has spent the past five years embroiled in a brutal war with a coalition led by Saudi Arabia and supported by the U.S. As part of this coalition, the U.S. has contributed to the horrific destruction, shocking violence, and dire famine that has plagued Yemen for half a decade. Yemen’s weakened state means the country has been hit especially hard by the coronavirus pandemic, claiming even more innocent lives. It is abhorrent that the U.S. would not only ignore this tragedy but also enable it.

We are saying it loud and clear: enough is enough. Yemen can’t wait. That is why we are joining our ally, the Yemeni Alliance Committee, on this National Day of Action for Yemen today, on July 15. The people of Yemen have suffered for far too long, and Congress must act. Contact your representative and senators and demand they urge USAID to restore aid to ALL parts of Yemen immediately and see that the Sanders-Lee-Murphy and Malinowski amendments for Yemen are included in the must-pass final version of the National Defense Authorization Act (NDAA)!

The coronavirus pandemic has touched every corner of the globe, but there are few places where the impact has been as strong as it is in Yemen. After years of violence and a harsh blockade, 50% of the country’s healthcare facilities are destroyed. The country has only six testing labs, 380 ventilators, and 710 ICU beds to serve the 28 million people living there. Compounding this lack of healthcare facilities is the fact that 80% of the population is food insecure and 50% is at risk of famine. This myriad of factors all contribute to Yemen’s coronavirus death rate of 20% – more than anywhere else in the world.

The numbers don’t lie: the situation in Yemen is dire. With each day that passes without action from Congress, more lives are lost. It is unacceptable that the United States has allowed the horrendous war in Yemen to continue for so long, and it is clear that Yemen needs help now more than ever.

Our ask of Congress is two-fold: first, Congress must urge USAID to restore direct humanitarian aid to all parts of Yemen to help them survive this deadly pandemic and, in time, rebuild their country. Second, we need the Sanders, Lee, and Murphy amendment in the Senate and the Malinowski amendment in the House to be included in the must-pass NDAA to end U.S. participation in the Saudi-led war in Yemen. Email your representatives now and tell them that YEMEN CAN’T WAIT!

For five years, we have been fighting to end the brutality and bloodshed of the Yemeni civil war and restore peace to the country. Today, on July 15, we rise once again to tell Congress: Yemen can’t wait. 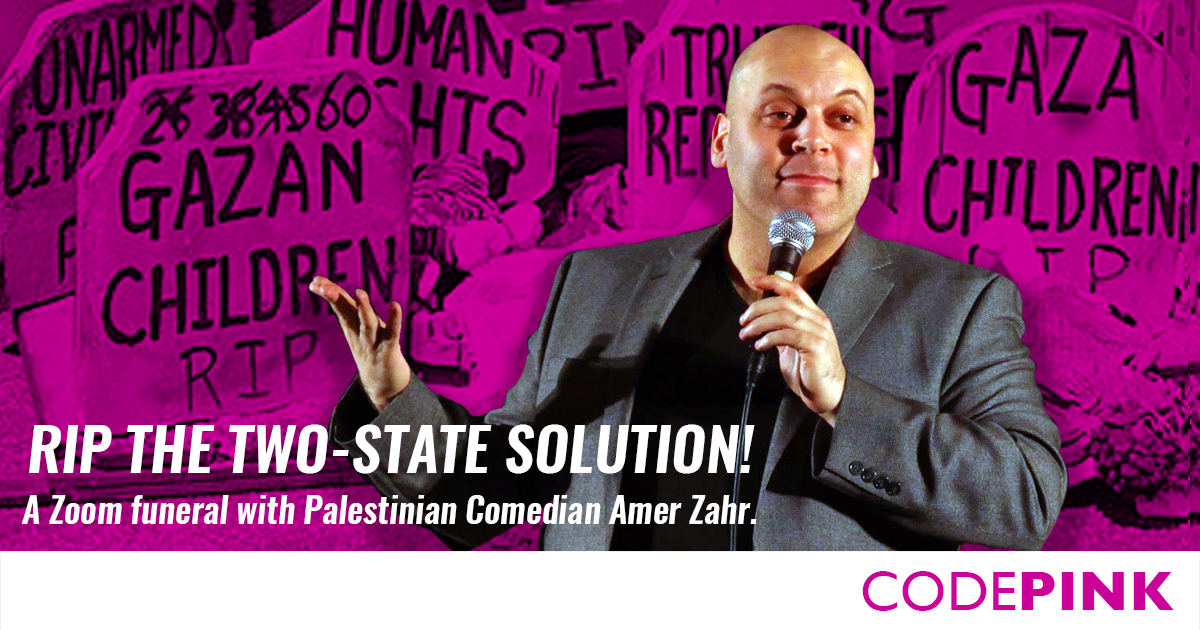 P.S. Last Sunday, Ariel hosted renowned Palestinian comedian Amer Zahr for a funeral for the two-state-solution. Did you miss the live event? No problem, watch the recording on CODEPINK’s YouTube channel. It’s well worth it.