Why’d they go back on their word? 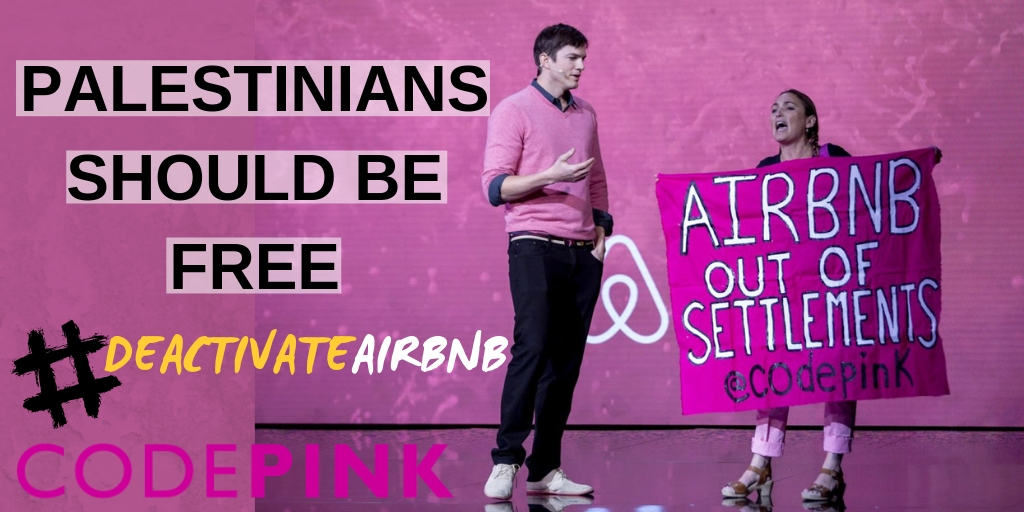 On May 15th each year, Palestinians and their allies around the world mark the Nakba, the violent expulsion of over 700,000 Palestinians from their homes and lands to establish the state of Israel in 1948. But the Nakba never ended. It continues every day as Palestinians are evicted from their homes in East Jerusalem and the West Bank to be replaced by illegal Jewish-only settlements. It continues every day Palestinians in Gaza are trapped in a humanitarian crisis without adequate water or electricity as they are prevented from returning to their lands inside what is now Israel.

The Trump-Netanyahu alliance has turbocharged the ongoing Nakba, including a recent announcement Netanyahu that a new settlement in the occupied Golan Heights will be built named after Trump — Yikes!

The ongoing occupation of Palestinian land makes boycott, divestment, and sanctions campaigns all the more urgent and necessary. On April 9, 2019, Airbnb did a complete reversal of its historic announcement to stop listing vacation rentals in illegal Israeli settlements. It was deeply disappointing and in response, we and our partners have organized to send Airbnb a clear message. This May 15th, for Nakba Day 2019, we are joining with our partners Jewish Voice for Peace, American Muslims for Palestine, and others to #DeactivateAirbnb. Will you take the pledge?

Airbnb has folded to Israeli settlers by deciding to not remove their listings in the occupied West Bank, despite outcry from Palestinians and human rights groups like Human Rights Watch and Amnesty International. Sign up here to pledge on May 15 to deactivate your Airbnb account and/or send Airbnb a direct message of disappointment.

Together, we will end corporate support for the ongoing Nakba.

P.S.: June marks 52 years of Israel’s brutal military occupation of the West Bank and Gaza and Palestinian athletes are calling for a boycott of PUMA sportswear over PUMA’s support for illegal Israeli settlements. Sign up now to join the June 15 #BoycottPuma International Day of Action to boot PUMA out of illegal settlements.