Why is The NY Times selling hate ads? 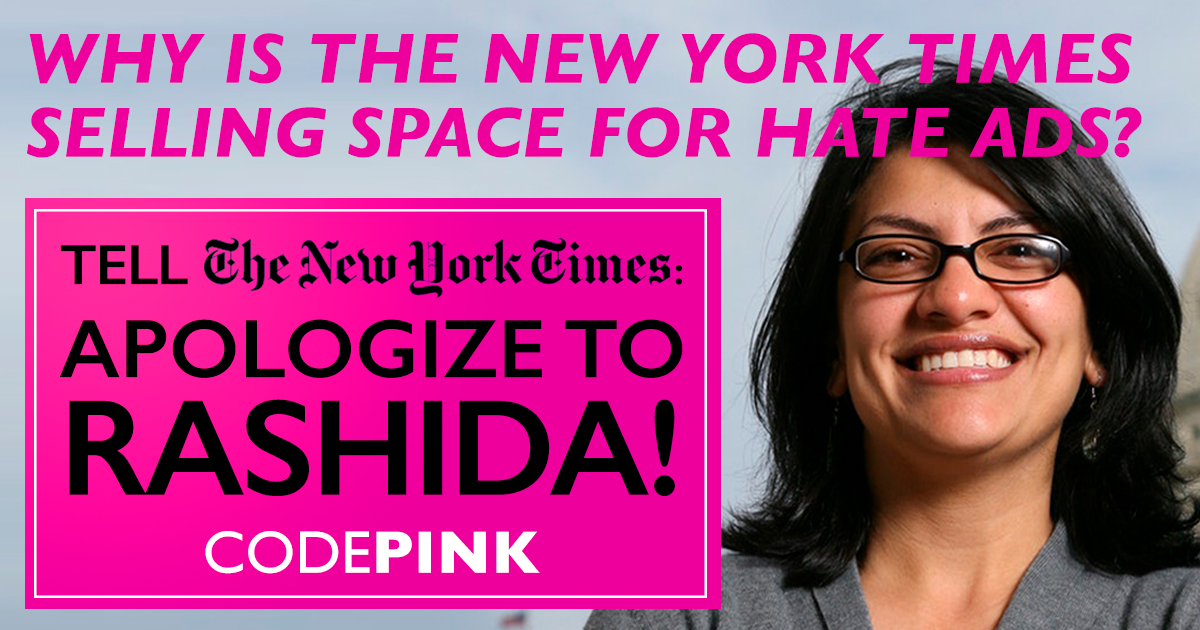 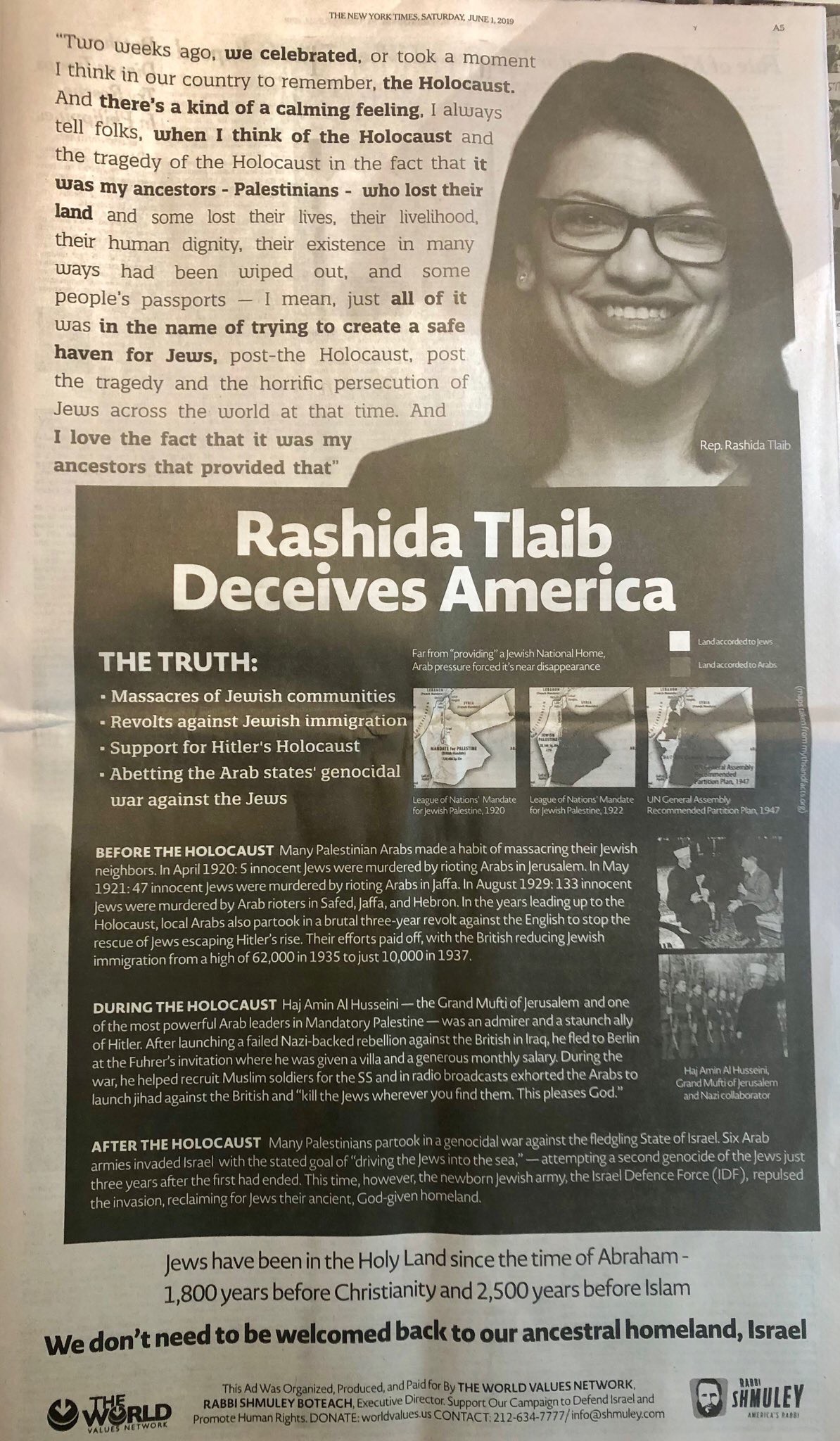 The ad was produced and purchased by the notorious Rabbi Shmuel "Shmuley" Boteach, a hate-monger whose agenda is well-known: to demand U.S. compliance with Israel’s status quo of occupation and apartheid. In the deplorable ad, Rabbi Shmuley interprets history through his own racist lens, falsely claiming Palestinians have and would never be willing to live peacefully with Jewish neighbors. He falsely twists the words of Representative Rashida Tlaib to incite hatred against her and the world Muslim population.

Shame on The New York Times for running such a dishonest and hateful ad. Send an email right now to The New York Times demanding they apologize to Rep. Tlaib and promise not to allow space in their newspaper to be used to propagate lies and hate.

This ad attacking Rep. Tlaib follows an equally vile ad taken out by Rabbi Shmuley in March 2019 against Representative Ilhan Omar falsely claiming she supported 9/11. Shmuley funnels dark money into attack ads like this that distort the truth and put people’s lives at risk. Rep. Omar continues to face death threats from the false accusations against her and now Shmuley is going after the only other Muslim woman in Congress. Shame on The New York Times for helping him.

As a leading international newspaper, The New York Times should not be selling a platform for smear campaigns and incitements to hatred, Islamophobia, and violence. Shmuley’s ad distorts history to falsely claim that Palestinians have spent decades trying massacre Jews, yet conveniently ignores a recent report published in Haaretz of the around 12,000 Palestinians who volunteered alongside their Jewish neighbors to defeat the Nazis during WWII. Shmuley’s hate ad ignores power structure in Israel/Palestine that forces Rep. Tlaib’s grandmother to live under a system of endless military occupation and the ongoing crisis in Gaza where Israeli soldiers regularly carry out massacres against a captive Palestinian civilian population. Send a message now to The New York Times telling them that they must do better. No more dishonest hate ads.

After decades of Congress providing unquestioned support for Israel, we now have two members of Congress — Reps. Tlaib and Omar — openly supporting the boycott, divestment, and sanctions movement and full equality for Palestinians. For their courageous positions, they have become targets for right-wing hatred and death threats. By running Shmuley’s attack ad, the New York Time is stoking violent rhetoric and dangerous hate. Tell the New York Times no more dishonest hate ads.